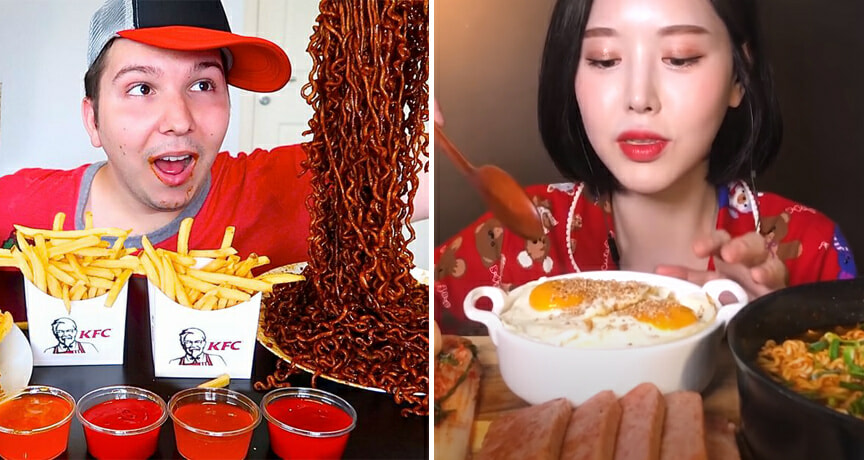 Eating in front of the camera while earning megabucks sounds a lot like a deal of a lifetime. This is probably why the online broadcast of consuming large quantities of food, Mukbang, is very famous nowadays.

Mukbang, or meokbang, is an eating show. It is usually demonstrated through online audiovisual broadcast, where the host of the video interacts with the audience while eating huge quantities of food. The Mukbang culture started in South Korea, but its popularity started to increase and it has become a trend worldwide now.

People who love watching Mukbang may find the satisfaction of eating while watching the Mukbang video hosts consuming the food they crave for, or simply enjoy it as an entertainment, or an escape from reality, according to International Journal of Mental Health and Addiction.

Other than Mukbang, there is also other genres similar to it, such as “cook-bang”, where the host cooks and eats, and Mukbang ASMR.

While it seems like a dream job to eat and get paid, Mukbang actually posts several negative effects on the creators and the audience.

This actually applies to all the Youtubers or online video creators. Creating good video content takes time, in fact, a lot longer time than we think. A 20 minutes video could take hours to produce. Sometimes, to satisfy the audience with new, exotic food products, the creators may have to source food products somewhere other than his or her own country, which also takes time.

Different from vlogs or music covers, where you just record whatever you do and post-edit, Mukbang videos require you to purchase a lot of food, sit down and spend hours cramming it, clean up and post-edit. Doesn’t sound too interesting now, does it?

One of the most discussed topics about Mukbang Youtubers is none other than their health, and how can they keep their body shapes so well after eating a ton?

Mukbang generally means consuming a large amount of food and that poses risks of overeating as well as a bad eating habit. Not only that, by showing how appetising and delicious the food is to your audience may also cause them to satisfy their cravings and become an overeater as well.

What happens when one overeats?

When someone overeats, his or her stomach will expand to adjust to the amount of food, thus when the stomach pushes against other organs, it will cause discomfort such as sluggish and drowsiness, according to MD Anderson. Besides, to breakdown more food, the stomach will produce hydrochloric acid that can result in heartburn, especially when you consume food that is high in fat, like cheeseburgers and pizzas.

In the long run, overeating may lead to obesity that increases the risk of getting cancer and other chronic health problems. If you consume a lot of food, unhealthy ones specifically, there will be a shortage of digestive enzymes. Therefore, your digestive process will be slowed down.

Moreover, overeating can give rise to a disrupted biological clock, messing up your sleep schedule and making it harder to sleep at night. There will also be fluctuation of the sleep and hunger hormones throughout the day.

Besides, Mukbang videos tend to have a lot of fried, spicy and fast food, that consists of poorer nutrition and health values. This can promote a bad eating habit to the video host as well as the audience. To think about it, it is indeed quite hard for us to recall any Mukbang videos that have healthy food like fruits and vegetables.

Recently, a popular Korean Mukbang Youtuber, “Eat with Boki” was exposed to be “lying” to her followers by repeating the same footage of her eating shot with different angels to show that she is “eating a lot”.

As shown in her video, some of the clips are redundant. She also shot the same clip in different angles, a netizen pointed out. 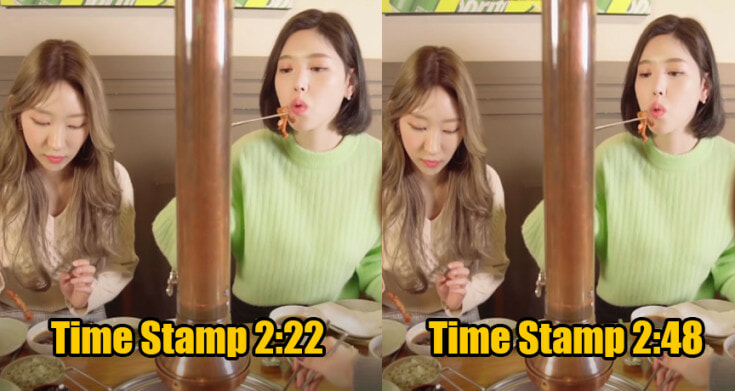 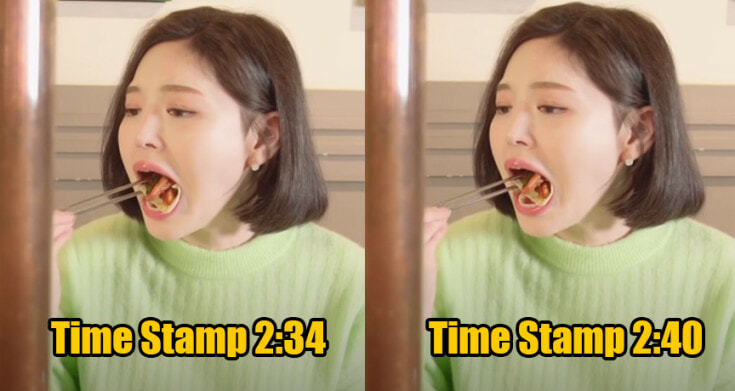 “She wants to show the appearance of eating a lot, or put the same scene twice with a time difference by different angles.”.

Other than that, several Korean Mukbang Youtubers also faced intense criticism after their “under-the-table” paid promotion was exposed. Eat with Boki, unfortunately, is also one of them.

According to Koreaboo, Mukbang content creators like Sangyoon, Hamzy, Tzuyang, Eat with Boki are all involved with “under-the-table” paid promotions.

What is “under-the-table” paid promotion?

It basically means that Youtubers, instead of endorsing a limited number of brands to promote on their channels, they accept all of the brands offered and advertise them on their channel, without revealing that those are paid promotions. In this way, they can profit a lot more than they could, and it is also an unethical but fast way to make money.

Eat with Boki has since apologised and admitted that she had done that since the beginning, according to Koreaboo. Nonetheless, her Instagram account is now private and all posts are removed. She also has not uploaded any new videos since 31 July 2020.

Other involved Mukbang Youtubers like Sangyoon and Tzuyang also uploaded their apology videos on their respective Youtube channels. Tzuyang even announced her decision to quit being a Youtuber.

A Dream Job Or A Nightmare?

Each job has its own pressures and downsides, even for Mukbang Youtubers, a seemingly fun and easy job, since all you have to do is “eat and get money”. It is all fun and games until you have to eat the cost. 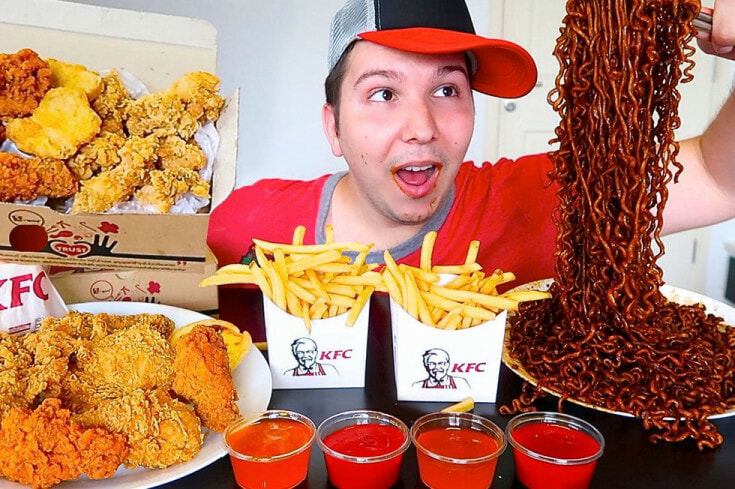 However, if one is happy for what they are doing and is able to earn a living out of it (in an ethical and honest way), why not?

What do you think about this? Is being a Mukbang Youtuber a dream job or a nightmare?