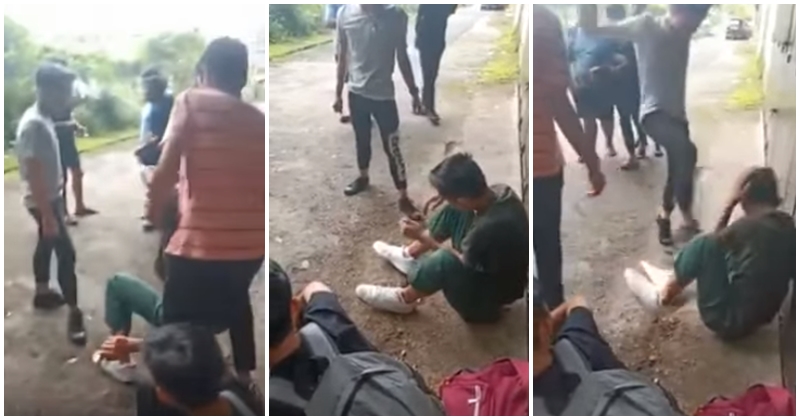 A 39-second video of a school student being beaten up by his schoolmates in Kuching, Sarawak has gone viral, giving much light to the fact that bullying is still rampant among school students in Malaysia.

The video which witnessed a horde of teenagers ganging up their helpless schoolmate drew outrage from Malaysians. One boy is seen holding the victim up while another punches and kicks him senselessly.

The victim is seen sitting with his hands covering his face as other boys merely watch his painful experience. Posted by Facebook page Sarawak Viral, the video has gained over 10,000 views.

While the page did not specify the exact location of the video, or who were involved in the incident, one netizen who is believed to be the aunt of the victim stepped up to shed some light on the video.

She writes, “I am furious. I want to meet the boy wearing the grey t-shirt. If my nephew is wrong, there are other ways to solve this! A police report will follow.” 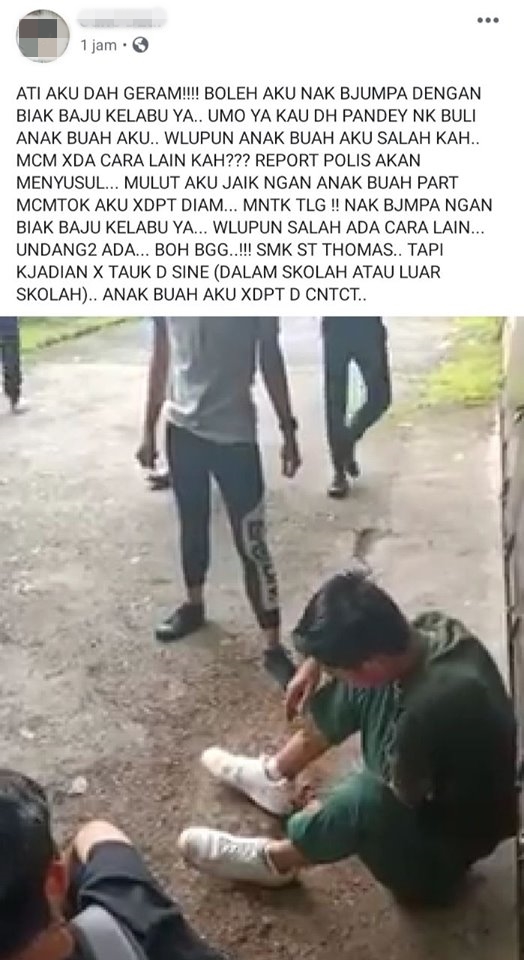 She adds that the video involved students from SMK St Thomas, Kuching but we’re unable to identify the exact location of the incident or whether it was in the school compound or the surrounding areas.

Malaysians are sick of seeing instances of bullying among school students in the country. It is simply not worth the trouble of throwing away one’s future just because of a little misunderstanding.

Let’s hope that the authorities will take stern action against the culprits to hinder others from getting involved in bullying. 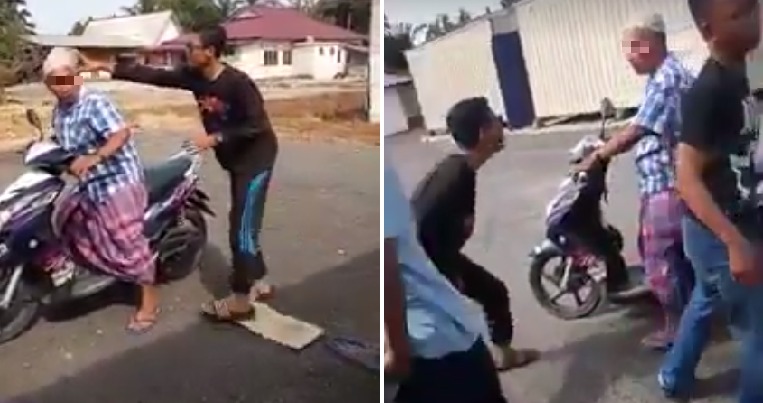