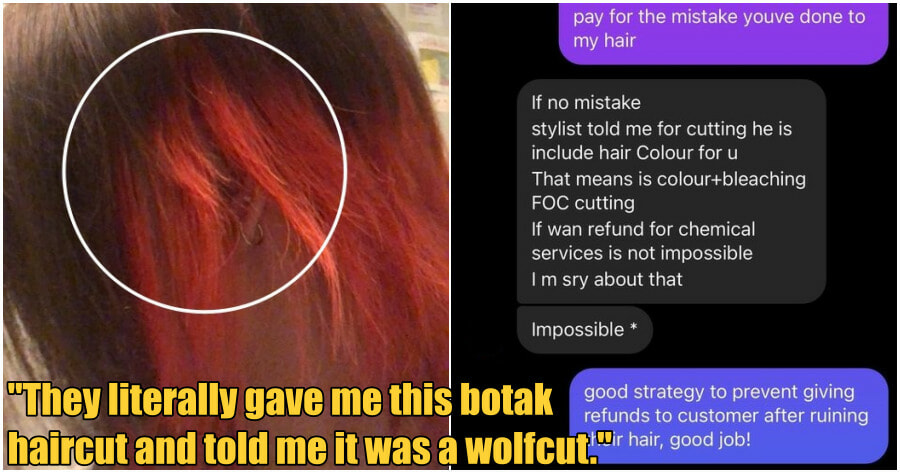 It is truly unfortunate that sometimes, the people whom we entrust with the things that are important to us, such as our hair, betrays that trust by messing up.

One Malaysian woman recently had an awful experience with a hair salon in Johor when they botched her hair by cutting it unevenly, leaving one spot almost bald.

Going to the salon

According to the woman, she made a trip to the hair salon at KSL CITY Mall to get her hair bleached, coloured and cut for RM300.

It was alleged that the haircut was free, which later ended up being an advantage to the salon as they argued that it is impossible for them to provide a refund for a service they provided for free. 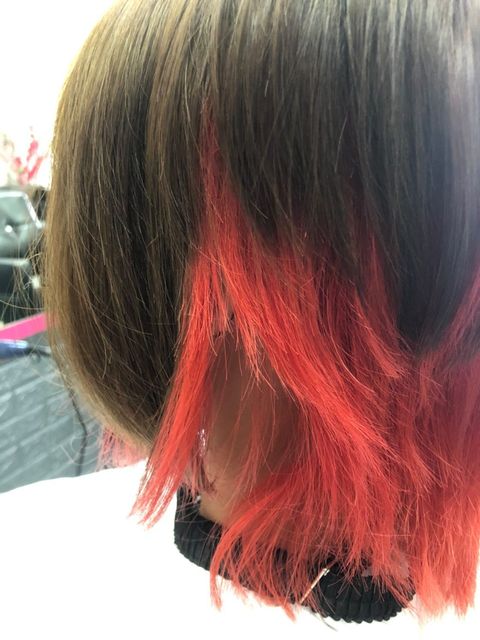 When the hairdresser was done with the lady’s hair, she realised that the darker layer of her hair was uneven on both sides. Feeling uneasy, she asked the hairdresser about her haircut, to which he explained that her hair looked like that because her hair on the left was thinner than that on the right.

“As he is the professional here, I believed him and went home.”

Upon reaching home however, the lady realised that it was not just the right and left side of her hair that were cut to different lengths. The tail end of her wolf cut and other parts of her hair were also unevenly cut.

“They literally gave me this botak haircut and told me it was a wolfcut lol,” she said. 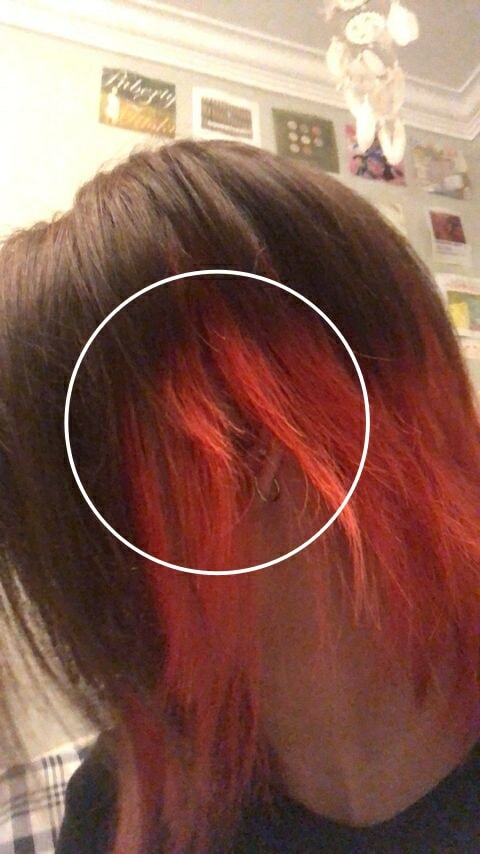 She also realised that it did not make sense that the thickness of her hair would prevent it from being cut evenly.

Alarmed by the disastrous haircut, she immediately scheduled a session with her usual hairdresser. (She could not go to this hairdresser earlier as they do not provide bleaching service.)

There, she managed to salvage her haircut, which left her with just one problem, the patch of super short hair the left side of her head. 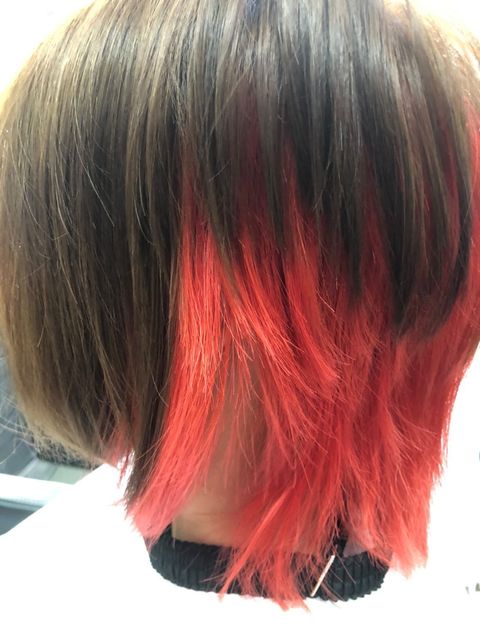 Unsatisfied with the service she received at the first salon, the lady asked for a refund.

The salon agreed to help fix the lady’s hair if she goes back within seven days. However, the lady was not interested as she had already gotten her hair fixed.

Then, the salon offered to wash and blow dry her hair. The lady felt that his was also not enough as the services offered would not be able to make her short patch of her grow back.

“How is a hair wash and blow dry equivalent to a chunk of my hair getting wrongly chopped off?”

Instead, she wanted at least a partial refund on the RM300 she paid for the salon’s services.

What do you think should be done? Let us know in the comments! 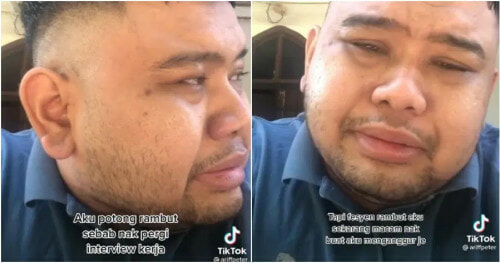