Making a good impression is important when it comes to job interviews. The more you stand out, the more the employer will notice you, leading to a possibly good outcome.

However, what happened to this unfortunate soul was that his barber made a hair malfunction and managed to turn him into Kim Jong Un! 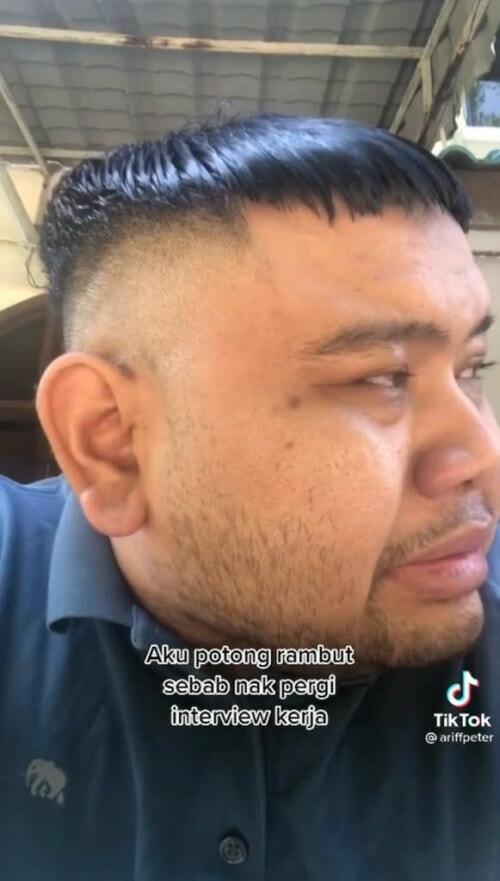 TikTok user, Ariff Peter made a TikTok video on how he went to a barber shop to get a fresh haircut for his upcoming job interview. But what came out of it ended up being a disaster.

“But the hairstyle I have now might just make me stay unemployed.”

His bowl cut hairstyle was so bad that it has even made us feel guilty for laughing about it!

He has made other videos about it too!

Traumatised by how tragic his hairstyle turned out to be, Ariff has made several other TikTok videos regarding his hair.

“Asked for Drake’s hairstyle, but what I got was old school Tomok (local artist).”

He had asked the barber to style his hairstyle like Drake, but instead, he got an funny bowl cut! 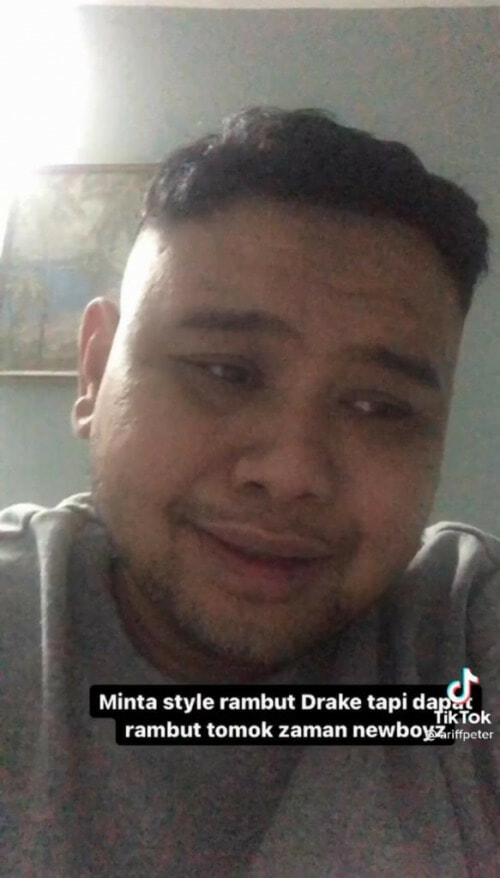 In another TikTok video he made, he said he fell asleep for not longer than 5 minutes only to wake up and find himself looking like Dora from Dora The Explorer.

“Woke up and now I’m Dora The Explorer.” 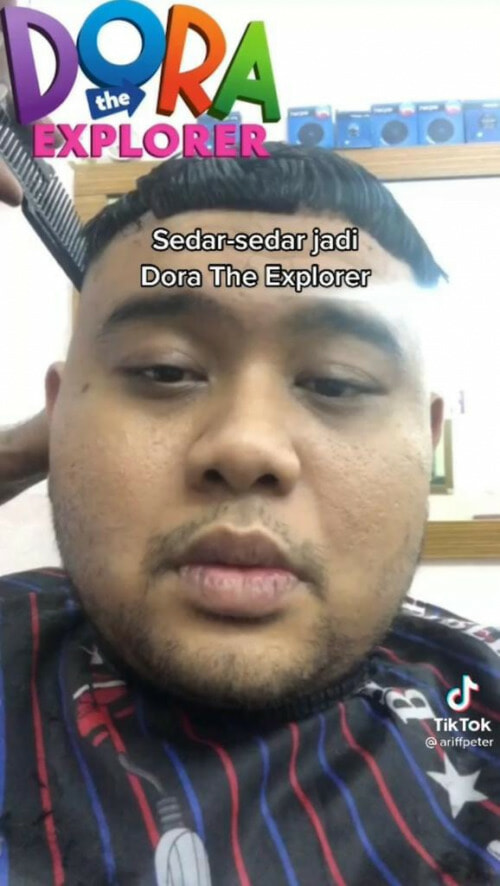 Ariff’s haircut became the talk of town and has gained quite the attention with 1.4 million views, 96,900 likes and 4,203 comments.

“This would not just be working level, but North Korean president (Kim Jong Un) level.”

After seeing how many people were comparing him to North Korean President, Kim Jong Un, Ariff jokingly said that he was determined to migrate to North Korea.

“It would be much easier for me to get a job there with this kind of hairstyle,” he said.

Another TikTok user even said that he could even get himself to be a new member of BTS! 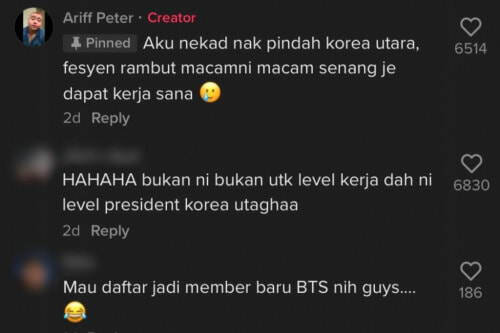 One user just told Ariff to stay unemployed to focus on the recovery of his mental wellbeing after the hair malfunction.

“Thank god you only fell asleep for 5 minutes, what if it was 5 hours? Could of have changed genders too!”

“Stressed with my salary not coming in, I’m even more stressed after looking at your hair,” said another user. 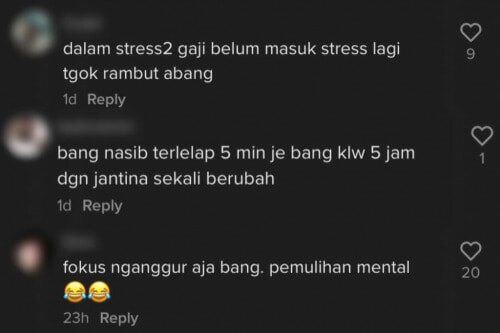 Pressing F for our fallen brother. We hope all goes well for Ariff and his job interview. 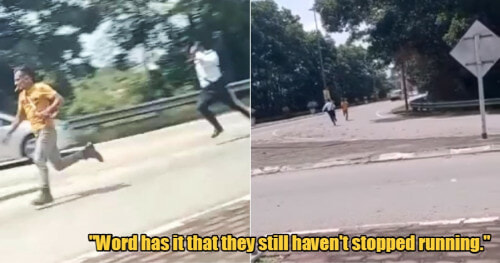