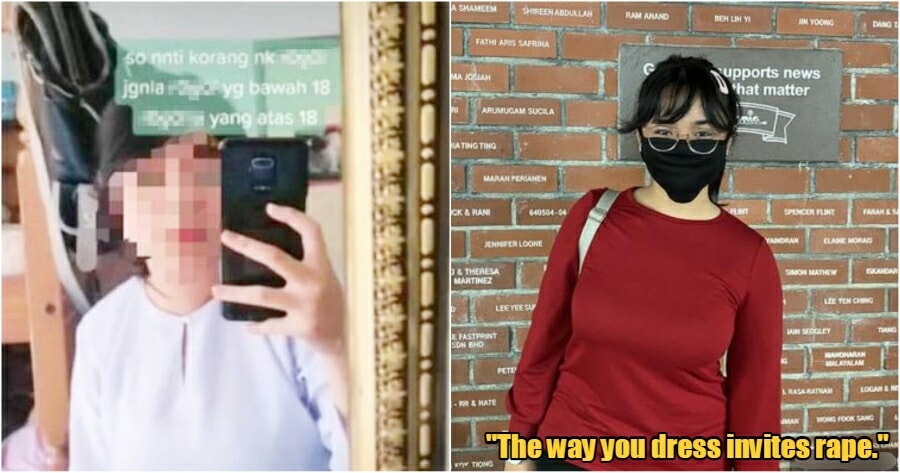 Recently, a Malaysian student, Ain, took to social media to call out a male teacher for making rape jokes in class. As expected, the issue blew up as many news portals shared the girl’s brave act, praising her for standing up against the normalised rape culture in Malaysia.

Sadly, not everyone was happy to see her speak up.

While many who commented on the issue praised the girl’s actions, others shared how they felt that she was only speaking up for the sake of likes, shares and publicity. But, let’s not get into that. 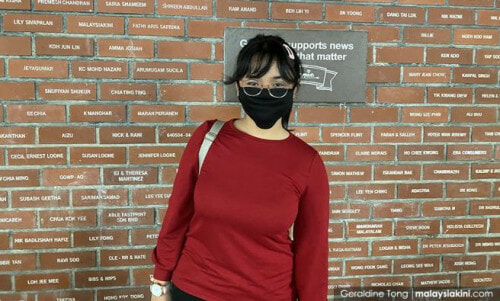 What was most concerning was the fact that there were many who bashed Ain for her attire, adding that she was asking to be raped for not wearing a tudung (headscarf) and ‘dressing in tight clothing’, further proving her point that rape culture is already deeply rooted in our society.

As shown in the picture above, she was wearing a simple red long-sleeved sweater-like shirt, and instead of hearing her out, Malaysians implied that she deserves to be raped because she didn’t wear clothing that completely hid her curves.

This comment goes, “That’s why Islam tells you to cover up. Your chest is publicly showing.”

This comment says, “Flies won’t land on clothes that smell good, and same goes to males, they won’t be attracted to clothing where you can see ‘two eyes’, but they’re attracted when they can see ‘two mountains’. So, you should understand.”

This comment reads, “Dress more appropriately, don’t just see other people’s torn cloth when your own cloth is torn too.”

This comment goes, “Cover yourself up, be graceful, watch how you speak. These are the ways to avoid getting raped.”

This comment reads, “I’m fasting. Why are you serving food in front of my eyes.”

This comment goes, “This girl is looking for publicity. The way you dress invites rape. Not wearing a headscarf has become normalised, when it is prohibited.”

And there are many more who have left similar statements, commenting on her body.

This is literally why there is a need to speak up, against this disgusting behaviour that devalues girls into mere objects to satisfy lust.

And to say that what someone wears warrants rape is truly delusional, after all, women who are modestly dressed are raped every day.

There was even one instance where an 11-month-old baby was severely sexually abused by her babysitter’s husband and the baby certainly wasn’t wearing anything seductive.

Rape is not caused by what someone wears, it is caused by rapists, and this mentality that women deserve to be raped based on what they wear only motivates rapists and justifies their vile actions.

In this time and age, it’s only right that we teach our boys to respect girls, no matter what they’re wearing. Rape should not be justified in any way, and allowing such culture to be embedded in our society is proof that we’re not as civilised as we think.

We must be better. 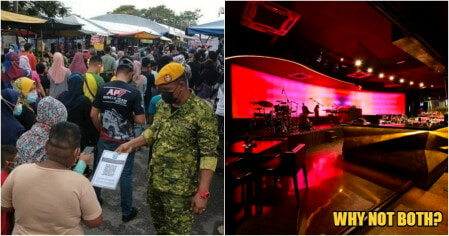