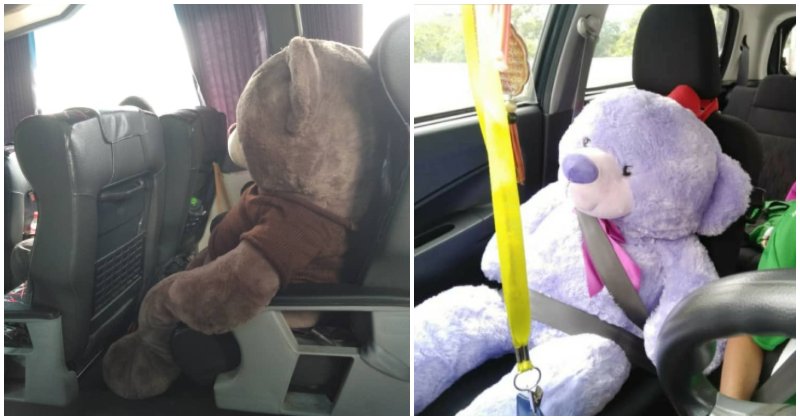 We all had a ‘bantal busuk’ when we were wee children but eventually as we got older, we had to leave our beloved bolsters behind for either nothing at all or something more mature, such as…

Most of us would have separation anxiety if we were to part from our stuffed animals, especially if it was given to us by someone special or a loved one. Hence, why some of us are willing to go the extra mile in order to keep our bears by our sides.

Sunflower (@NurNzrah_) took to her Twitter to showcase her housemate, who was willing to buy a second seat on a bus just so she could bring her gigantic teddy bear with her.

Sunflower captioned the posting with, “My housemate is causing a scene, guys. She’s bringing her bear back home with her on the bus. She was willing to buy 2 seats.”

Upon seeing the picture, the inner child of almost every netizen out there was triggered to showcase their own travelling teddy bears.

This posting goes, “I caused a scene too, I bought a KTM electric train service ticket for it. This was when I was heading home for my semester break.”

This comment says, “My baby’s small. But, he still had space to sit as the chair next to me was empty.”

This one reads, “This is before the incident,” referring to the bear’s travel arrangements.

Some netizens even went so far as to ‘let their bears drive’ if they were to be tired on the road.

She says, “I have one too. Sometimes when I’m tired of driving, he takes over. He’s a very prudent driver.”

Well, if you ask me, it’s certainly better than travelling alone. But with bears that big, how do they handle carrying them around before leaving and after arriving?

Sunflower’s posting has since garnered over 24,000 retweets.

I guess it’s safe to say that they’re so teddicated to their stuffed toys, it’s unbearably adorable. 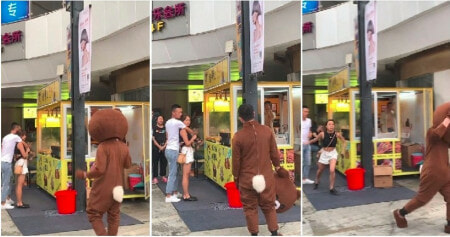