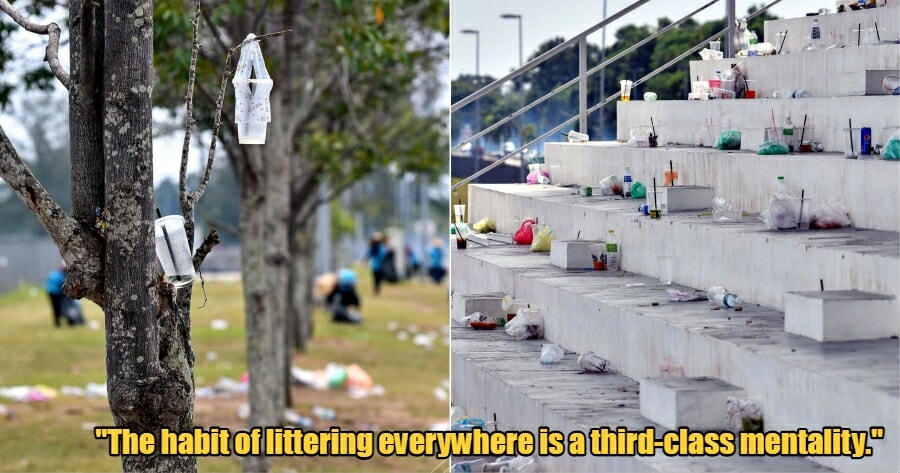 So it appears that Malaysians have a very close relationship with littering and leaving their rubbish everywhere they go.

Despite numerous reminders and constant criticism, Malaysians don’t seem to want to change for the better. 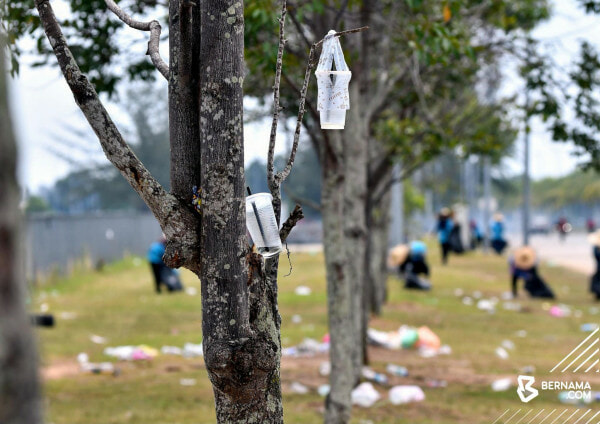 They wrote, “Garbage. Cleaning workers collect rubbish from plastic containers believed to have been thrown by groups of visitors at a motoring program at the Gong Badak Sports Complex, Terengganu yesterday (August 13) during a survey around the area today (August 14).”

They went on to condemn the visitors for their selfish act of leaving their trash for others to clean up. 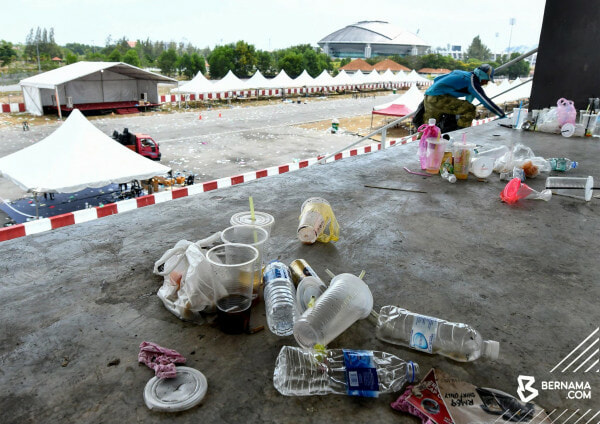 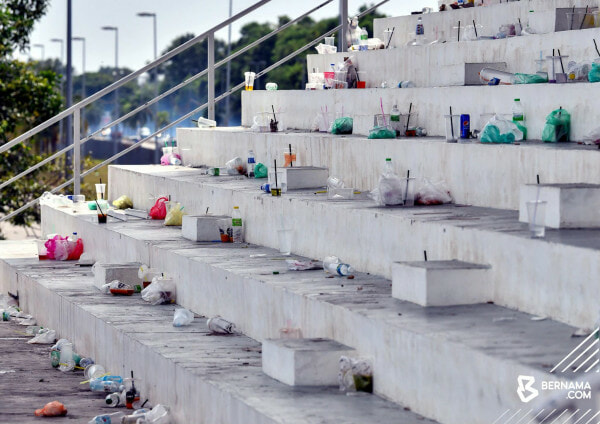 “Ask yourself. Such acts reflect the level of awareness of the Malaysian community towards environmental cleanliness, which has yet to become ‘independent (merdeka)’ because they always expect cleaners to collect their rubbish, food and drink waste for them.”

“Do not be selfish! The habit of littering everywhere is a third-class mentality,” BERNAMA added. 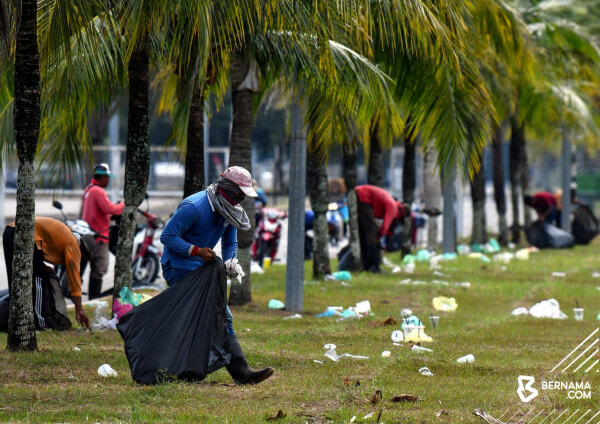 Especially considering the fact that it is the Malaysia’s independence month, Malaysians should take more pride in caring for our country through maintaining the cleanliness of the environment and facilities we’ve been blessed with.

Also read: Trash Left Behind By Spectators At Negeri Sembilan Stadium Causes Debate On Who Should Clean Up 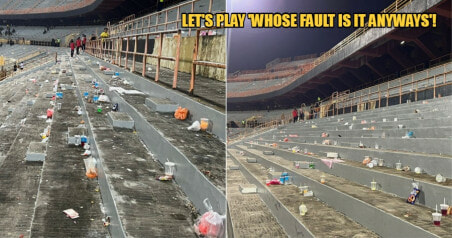