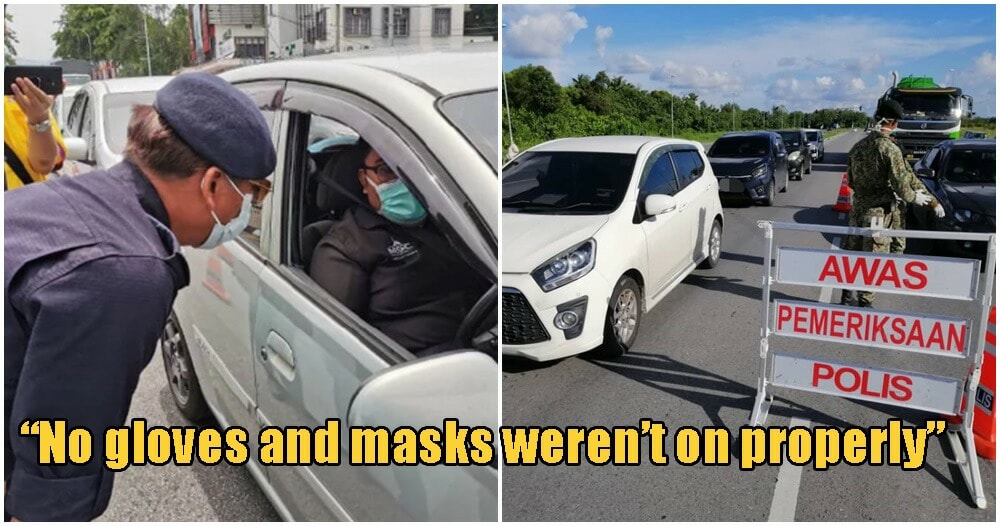 As many of you may know, the government has recently imposed roadblocks at every turn with PDRM officers and army personnel questioning Malaysians about their movements to strictly enforce the MCO. While we should always respect these enforcers of the law, we should also know our rights as citizens, especially if some of these “officers” aren’t all that they claim to be.

On my way back from my dads house I ran into some shady policemen flagging people down, at the intersection between Bangsar and Bukit Damansara. No police car, no barricade, no lights.

Why was I suspicious? No gloves + their masks weren’t on properly.

A netizen, known as @AliciaAmin, recently took to Twitter to share her story of being stopped by a questionable group of policemen when she was on the way back from visiting her father in the Bangsar/Bukit Damansara area. Alicia said she began to have her suspicions when she noticed these ‘policemen’ weren’t wearing gloves and their masks weren’t on properly, but that was just the beginning of this sketchy run in.

Unlike the previous roadblock that she passed where the cop was “happy to communicate with me [Alicia] through a decent crack in the window,”these shady men asked her to “pull over (in a corner, mind you) and step out of the car.” 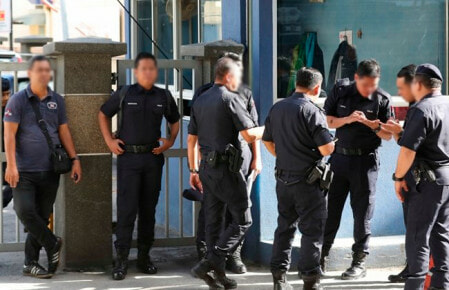 Keeping her cool, the smart netizen politely declined, explaining that she wasn’t wearing a mask and if these ‘officers’ wanted to search her bag, they could watch her do it from the crack of the passenger window as they too weren’t equipped with gloves.

But even as she was cooperating with these suspicious cops, one of them had the audacity to snatch her bag and rummage through it while asking her where her tampons were. After basically violating her personal space, the still insisted that she come out of the car so they could check! 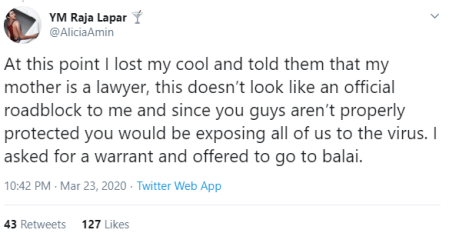 That’s when Alicia put her foot down. She blatantly told them that this didn’t look like an official roadblock, and these so called ‘officers’ were exposing everybody to the virus by not being properly protected. She asked for a warrant and even offered to go to a police station.

Thankfully, these men immediately backed down, gave her back her IC and asked her to drive along. The netizen then ended the thread with her disappointment at how some can still take advantage of this crisis to make dirty money. 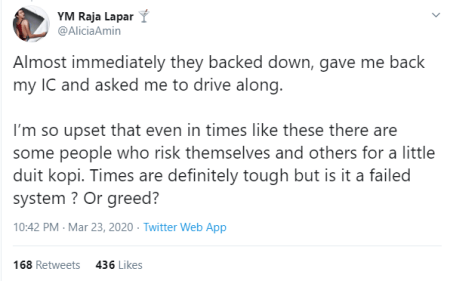 Many netizens responded to the thread with shock and disdain that such a thing could even happen in a time like this:

omg these are definitely people pretending to be cops and taking advantage of the current situation! scary nya! 😭

There are these cops there who do it all the time. I don’t even know how they get away with it.

One netizen appealed to PDRM to release a proper set of guidelines and SOP so citizens are protected from “dirty/fake cops”.

PDRM please explain how a proper road block is mend according to SOP. that will enable the rakyat to be clear. Also helps rakyat to ignore illegal road blocks. Rakyat must be protected from "dirty/fake cops"

In a period where panic is at its peak, situations like this only make things worse. Let’s hope PDRM does something about this to protect the people! 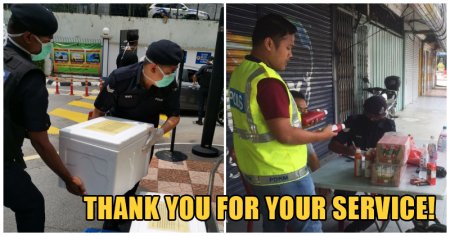