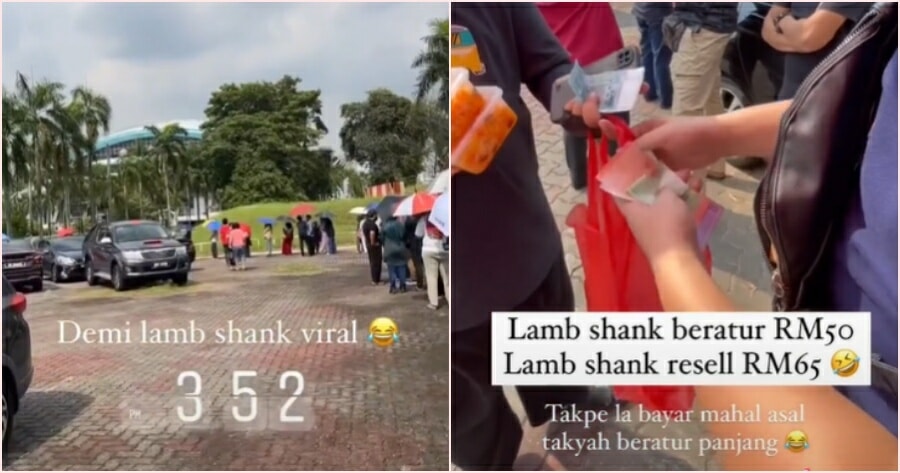 Palestine-born Chef Ammar who has a restaurant at USJ 4, recently found himself under the spotlight as some people complained that the food he is selling at his stall at Bazar Ramadan Seksyen 13, Shah Alam was far too expensive.

However, despite that, his stall has seen a tremendous amount of success shown by the massive queues often seen at his stall. It is even reported that queues are starting as early as 3pm which is the time it opens. 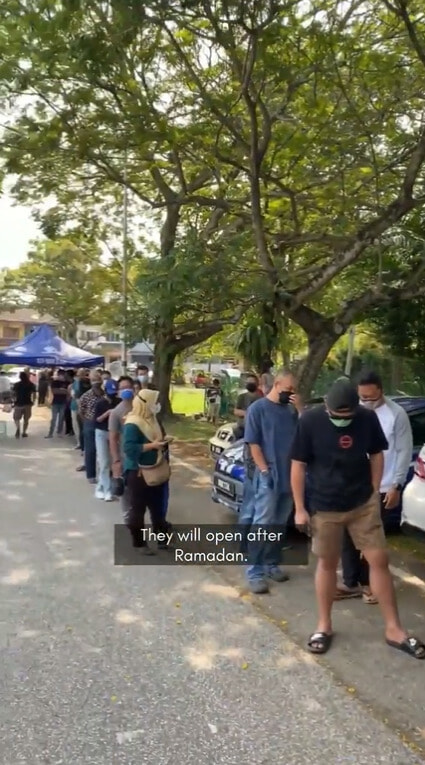 However, it seems that people have started queuing up to purchase a few packs of his dishes only to resell to those who do not wish to queue at a higher price.

According to a TikTok video by Yuyu, resellers are selling his nasi mandy with lamb shank for RM65.

The caption of the video reads, “Buying from Chef Ammar ❌ Buying from reseller ✅. Because I’m worried about queuing for a while only to not be able to get it.” 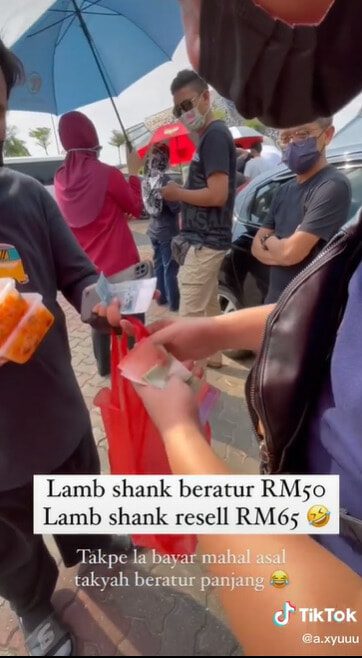 The video has amassed over 686,900 views and 30,700 likes. Malaysians took to the comments section to debate on whether it is wrong or right for people to resell the food.

Those against it blamed resellers for the limit that Chef Ammar has imposed which is apparently 4 packs per person.

“No wonder Chef Ammar set a limit,” said a user.

“This is why Chef Ammar has now limited it to one person 4 packs. This is the reason,” commented another.

However, the majority of users believe that it’s fine because they’re providing customers with a service, which is eliminating the need to queue for hours.

“If it was me I’d rather buy from a reseller rather than have to queue for hours,” said a netizen.

A couple of users also pointed out that its no different from those who resell tickets to events such as football matches or concerts.

“I know that there are ticket scalpers… turns out now there are even rice scalpers,” said a user.

Would you rather queue for hours or buy it from a reseller for a slightly higher price? Let us know in the comments.

Also read: WATCH: Chef Ammar Stands Up For Staff Who Got Scolded For Prioritising Pregnant Lady 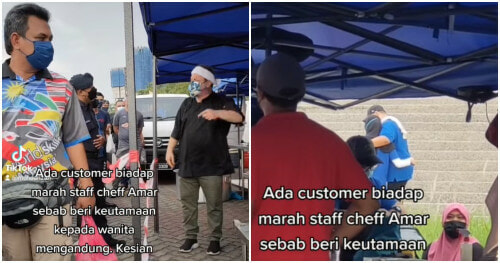