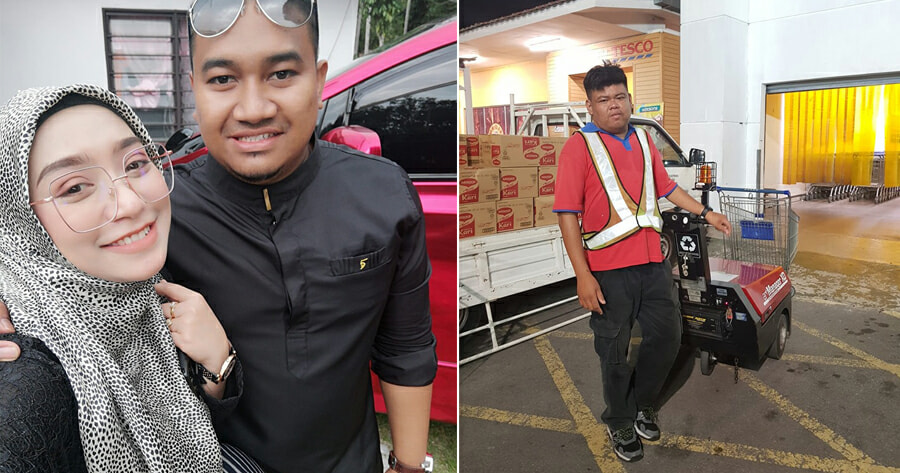 Nowadays, it is rare to find people who value honesty and integrity, and who choose to do what is right even when no one is looking. However, there is still hope for humanity as there are individuals out there who just choose make the simple, everyday decision to be good people.

According to Malay Mail, a woman from Alor Setar identified as Ain Fatin Lyana witnessed this first-hand when a worker in Kedah showed kindness to her and her husband.

She had gone grocery shopping at Tesco Stargate in Kedah late one night when she lost her husband’s wallet that contained RM2,000. She and her husband, Nor Afifullah, only realised that the wallet was missing when they were on their way back home.

According to mStar, they hurriedly turned around and managed to get back to the Tesco outlet before it closed completely. Ain Fatin then approached a worker, Azhar Abdul Hamid, who was arranging trolleys in the supermarket and asked him if he stumbled upon a wallet.

To her surprise, he had found one and was about to pass it to customer service.

“I asked if he had found any wallet and he said ‘yes’. He found a black one and was about to pass to the customer service,” she said. 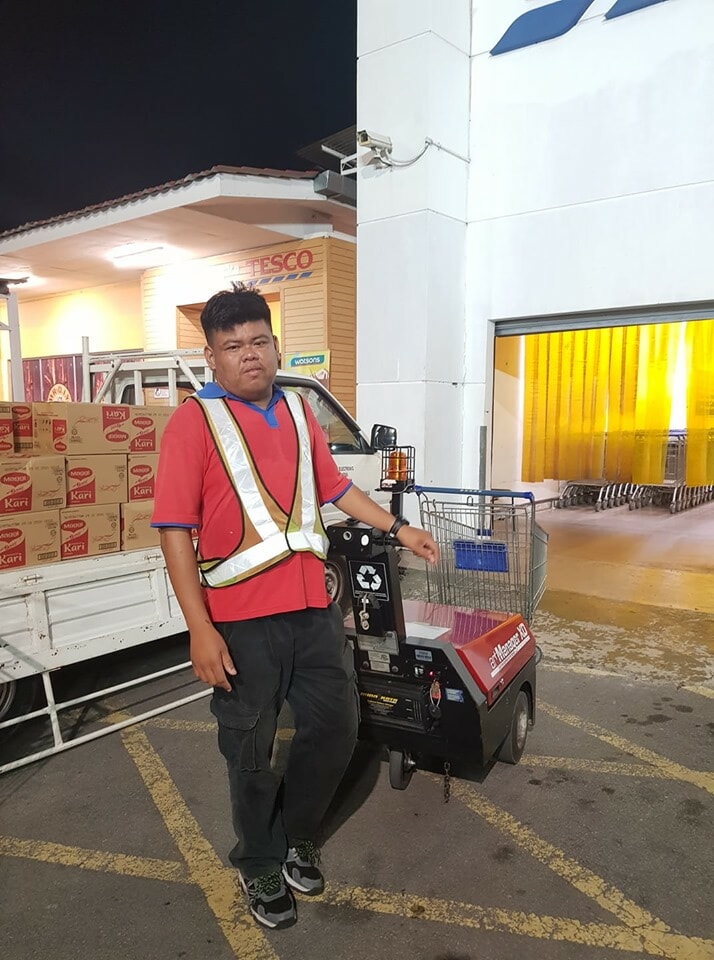 In her Facebook post, Ain Fatin said she was amazed at Azhar’s honesty and expressed her gratitude to him for returning the wallet to her husband.

“When we checked the wallet, everything inside was untouched,” she said.

She also thanked Tesco for nurturing honest and trustworthy employees.

Ain Fatin’s post has since been shared approximately 900 times at the time of writing, with many netizens praising the worker for his honesty and sincerity while carrying out his duties.

Azhar told mStar that he was overwhelmed when he saw all the praise he was getting from social media users.

Meanwhile, Azhar’s employer was informed about what Azhar did and is now discussing with Tesco on how they can reward him as a token of appreciation. Azhar’s current salary is only RM1,500.

That was a wonderful thing you did, Azhar! Keep it up! Hopefully those reading this story will be inspired to be honest and sincere people. 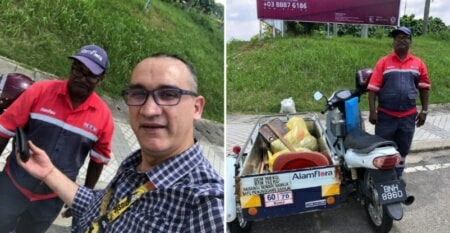