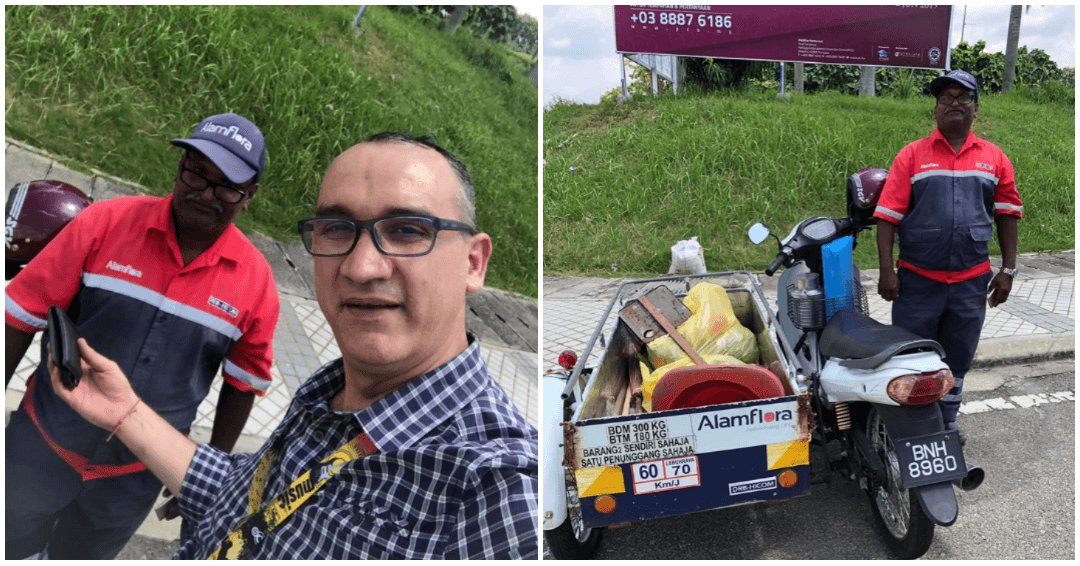 All hope is clearly not lost as an expat who moved to Malaysia recently shared his story on how he lost and got his wallet back thanks to the selfless instincts of one very humble Malaysian.

In a now viral post on Facebook, Roberto Calleja recalled how he lost his wallet but managed to get a report done and replace all necessary documentation within a day, which we Malaysians know is sometimes close to impossible to do. 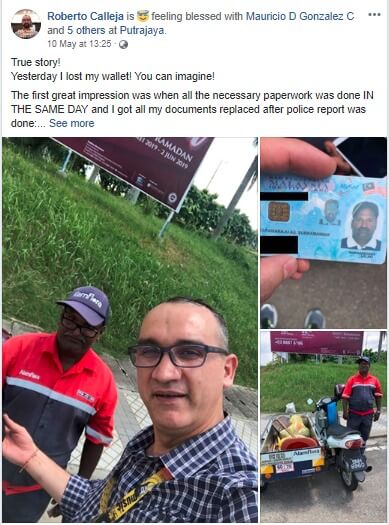 Lo and behold, he later received a call from a gentleman who had managed to get his phone number to let him know that his wallet had been found.

“Uncle, I have your wallet,” said the voice on the phone, who was later identified as Mr Raju.

When he met the person who found his wallet, he was surprised to find everything intact! Cash, cards and certification were untouched, and in a show of humility and kindness, Mr Raju also refused to accept any reward.

Mr Calleja had lost his wallet when he drove away with it on the roof of his vehicle. The wallet was found by Mr Raju as he was cleaning the roads of Putrajaya.

Mr Raju, who works for Alam Flora, has since been commended for his honesty and kindness by netizens who have since requested that Alam Flora reward their employee. Alam Flora Sdn Bhd has since also shared the post on their own Facebook page. It is still unknown if they’ve celebrated Mr Raju as requested by the masses.

Most of the time, Malaysians are quick to judge blue collar workers and scare our children into studying hard by using cleaners and garbage men and women as examples of what would happen if they don’t do well in school, but if Malaysians were even half as honest or genuine as Mr Raju, Malaysia would be a way better place than it already is.

Let’s not be so quick to judge those who help us keep our streets clean when we don’t.

Since the incident, Mr Raju and his colleagues have invited Mr Calleja to break fast with them. 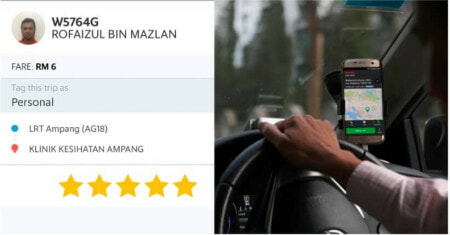