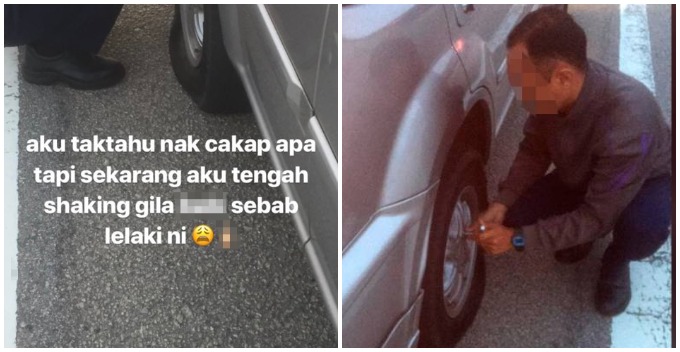 Girls, always be aware and wary of each and every person that you meet!

Twitter user El @eltheprettay shared what her friend had experienced when she was sexually assaulted on the highway through her Instastory.

El’s friend stated on her Instastory that she was on her way to work from Rawang heading to Glenmarie in her car when she suddenly heard a loud bang. After driving for quite some time, she then realized that her tire had exploded, possibly from the loud bang that she just heard.

Knowing that she had to immediately change her tire, El’s friend parked on the emergency lane. Stranded at LATAR highway, she was then approached by a motorcyclist who seemed to want to offer his help to her. Seeing his nice-looking visage and polite voice, she unhesitatingly accepted his help and giving him her trust to repair her car.

However, his sincere mask was soon taken off by his next action.

While he was trying to change the tire, one of the screws was proving difficult to remove. The man asked her to contact the patrol team and while waiting, they chatted with each other. While conversing, the man slowly approached and groped her bottom. The woman, unfortunately, was dumbstruck and couldn’t move as she suspected that she was hypnotized by the motorcyclist. She tried to move but to no avail and failed to do so.

The man then expressed that he wanted to sit inside the car as it was hot outside. Not knowing why she couldn’t reject him, El’s friend just allowed him to do so and the man suddenly pulled her along with him. He then started to grope her thighs, chest, and even tried to kiss her. Only after seeing the arrival of the mechanic did the man scramble out of the car, pretending as if it was an emergency. Only then did El’s friend feel like she had broken out of the hypnosis.

El’s friend’s nightmare did not end even after the departure of the mechanic. The motorcyclist approached her again asking for her number, stating that she may need his help again in the future. Thinking that she might be able to use his number to make a police report later, she then agreed.

The man then surprisingly dragged her into the car and said, “This is the last time. We’re not going to meet after this.” The woman struggled away, trying to get out of the locked car. The man, however, attempted to violate her by unbuttoning her blouse. She resisted by yelling and the man backed away – with a grin.

Questioning the man why did he grope her if he was sincerely helping, El’s friend then surprisingly received this as a reply:

According to Astro Awani, after the creepy ordeal, the woman rested for a while at the Elmina R&R as she was rather traumatised by the incident. A police report was made soon after at Sungai Buloh police station. The Sungai Buloh district police chief, Supt Shafa’aton Abu Bakar, had affirmed that a report was made regarding the case.

“Police are now hunting the suspect, and for the public who may have any piece of information, are asked to go to the nearest police station to make a report,” she said in a statement.

To ladies out there, do be careful and always be wary of strangers as you’ll never know what their true intentions are. 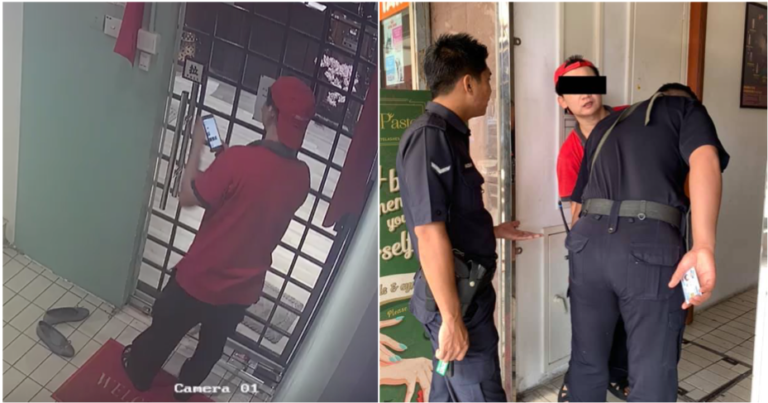