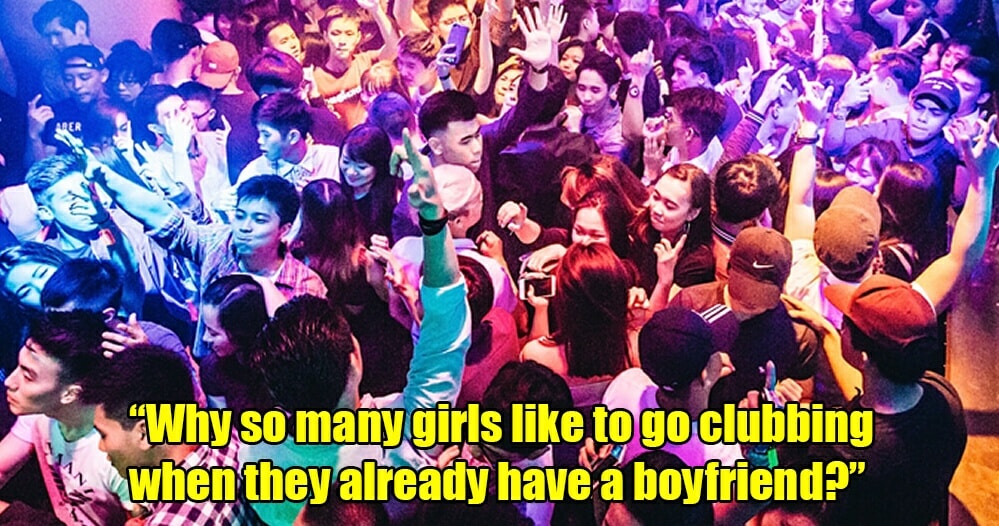 For many of us, going clubbing is a regular event because that’s when we get to let loose a little after the week is over. For those who are taken, you might go with your significant other sometimes whereas for those who are single, you’d just go with your friends. However, for this UTAR student, he can’t seem to comprehend why girls who already have a boyfriend would want to go clubbing. Eh, why cannot leh? 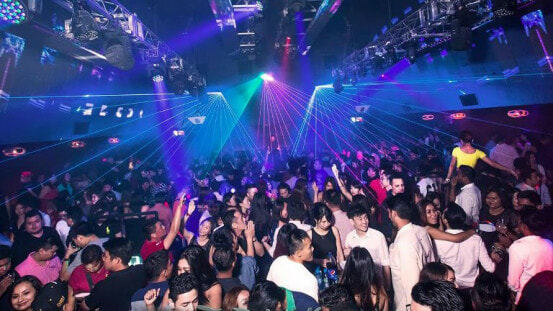 In a post he wrote on UTAR confessions, the student was wondering about girls who still liked going clubbing even when they’re in a relationship. He insinuated that girls who go clubbing are the type of girls who would allow other people to touch them and said, “Got their boyfriends to touch them not enough meh? Why do they need to go club and let others touch?”

He also explained to girls that whenever their boyfriends disallowed them from going clubbing, it is because the guys are “protecting” their girlfriends. He added that if it was his girlfriend who was taken advantage of by another guy while clubbing, he would dump her.

Finally, he ended his post saying (to his supposed girlfriend), “Don’t drink already lah. Love yourself. Because if you don’t love yourself, I also don’t know how to love you.” 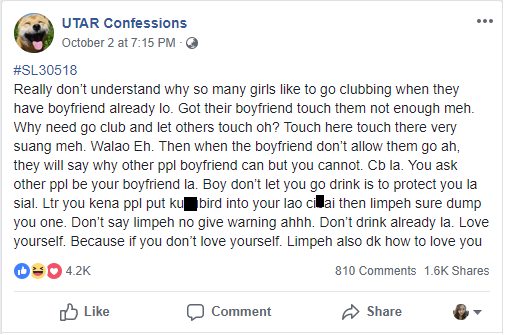 Of course, his post got a lot of attention from netizens and received backlash from many girls. They also raised the question of why guys who were attached still fancied going clubbing as well and their motives behind this. 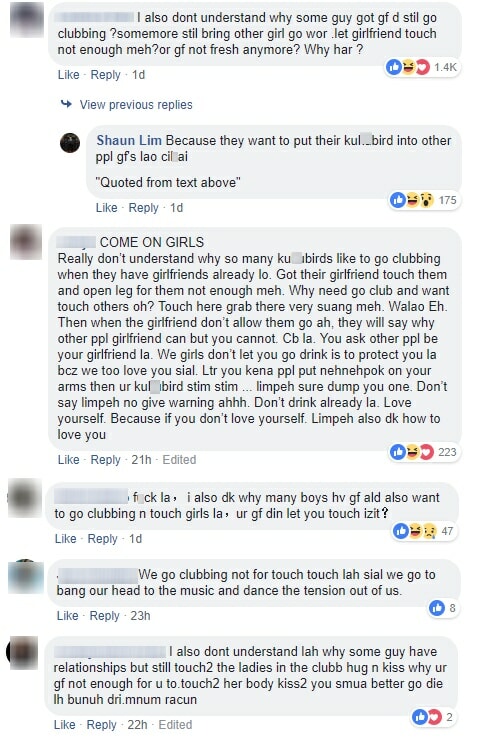 What do you think of his opinion about girls who are already in a relationship going clubbing? Let us know in the comments section! 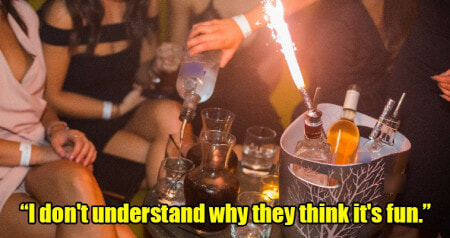