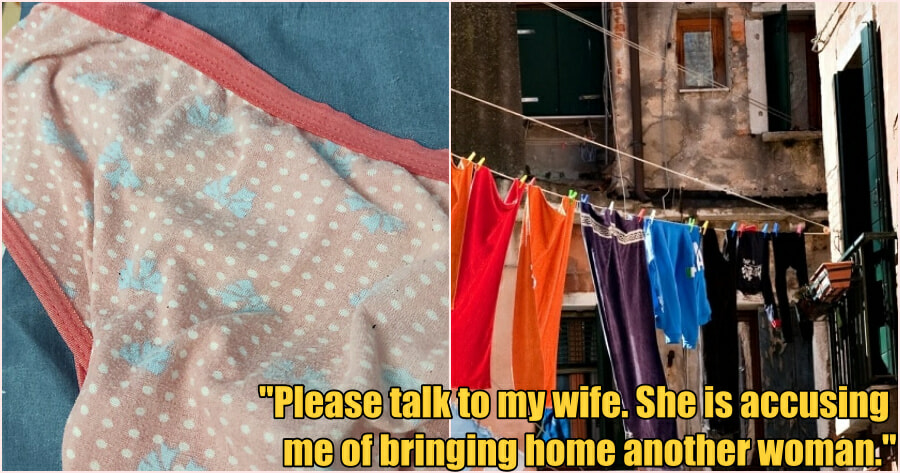 Accidents do happen to everyone, everywhere. But one man’s mistake nearly cost him his marriage.

In his post he writes, “I live in a flat, the other day when my wife wasn’t home, I saw a woman’s panty on my clothes hanger.”

“So I picked it up since I thought it’s my wife’s panties.”

However, much to his shock, the panty did not actually belong to his wife!

“Now she is crying and accusing me of bringing another woman into our home. Whose panty did I take,” he said

His tweet has garnered plenty of attention and currently stands on over 15,400 likes and 9,691 shares. Plenty of netizens found his experience amusing!

One user commented that if you live in a flat, you must write your flat number on underwear as they often fall from clothes hangers.

“The lesson is to make sure you remember all of your wife’s underwear,” said a user.

Another said, “Imagine the owner of the panty who is looking for it, doesn’t manage to find it and ends up seeing their panty on Twitter.”

“Just say that you bought it for her,” said another user.

Some users shared their similar predicaments

His tweet even garnered the support of other husbands who shared how they have gotten into similar predicaments with their wives.

“Similar to my situation. I had checked into a hotel a day before my wife was to come, so the 1st night I was alone. Whilst I was in bed, I accidentally scratched my calf too hard and it was bleeding.”

“The blood stained the bed. The next day when my wife came she saw the stain. The ending is the same as yours,” said a user.

Another said, “I live in an apartment. There was a strand of  long hair on the porch. My wife’s hair is short. What do you think happened?”

His neighbour saves the day

Fortunately for him, his neighbour stepped in to save the day after coming across the tweet.

In a screenshot of his conversation, the neighbour says “I’ve seen that panty on the floor around your clothes hanger for a while now. I think someone put it on the clothes hanger.”

Aimzama was grateful and replied to his neighbour asking her to talk to his wife. “She’s accusing me of bringing home another woman. She was crying all night.”

Also read: The JB Duo Who Were Arrested For Indecent Behavior Apologised, But 1 of Them Wants To Stick To His Style 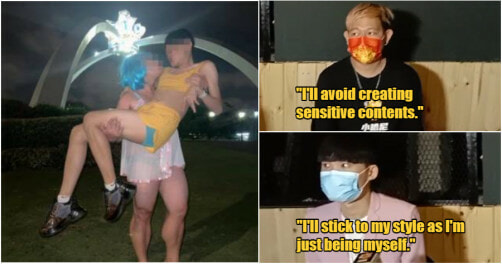