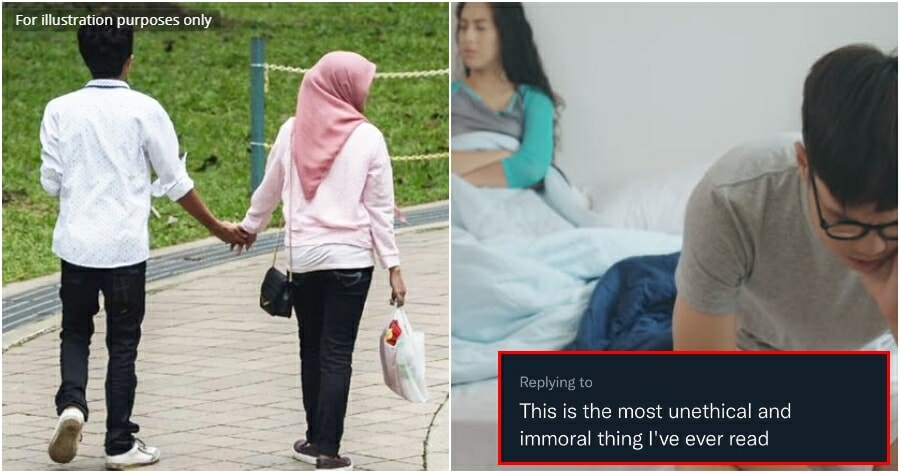 Cheating is a choice, not a mistake.

Finding out your partner is cheating on you is already horrible, but finding out about it yourself makes it much worse. Despite how rough the relationship is, cheating should never be an option.

This Facebook post by Viral Muafakat Johor went viral and received quite a number of backlash from netizens because of how “unethical and immoral” it is. 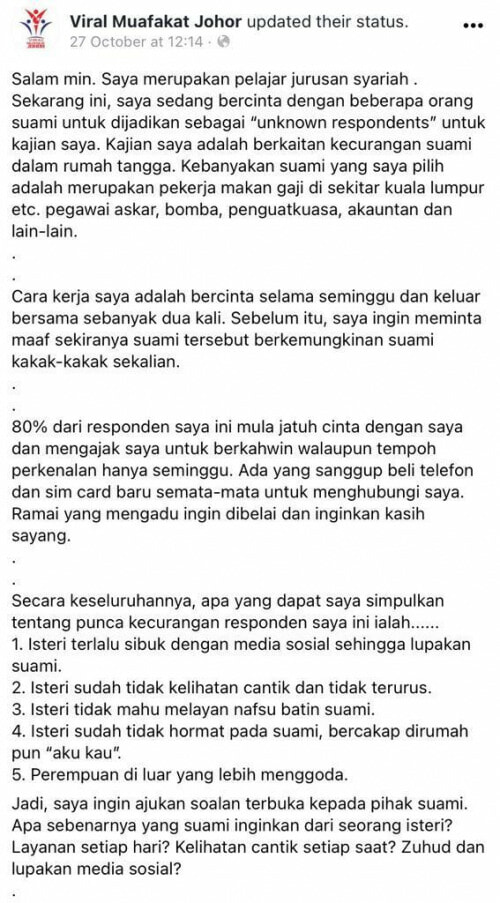 The post by Facebook group, Viral Muafakat Johor shares how a Syariah student conducted research in which the “unknown respondents” are people’s husbands.

The aim of the research is to identify the reasons why husbands are prone to cheating on their spouses.

The post continues to explain the methodology of the research in which the “researcher” flirts and goes out with the respondents at least twice a week.

The “researcher” stated 5 conclusions she obtained from the research, which were;

The “researcher” ended the post by apologising to one of the respondents’ wives because she “accidentally” fell in love with the husband.

Netizens are fuming with anger

Reading the post by Viral Muafakat Johor made netizens angry by how horrible and unethical the research was. 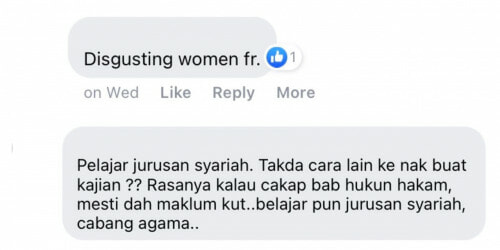 The caption reads, “I hope your research gets a grade F from your lecturer,”

Receiving 12.1k retweets and 17.1k likes, other Twitter users are also in disbelief and rage because of the research.

Angry at how dumb the research is, one Twitter user commented, “Wow, this is another level of ✨stupid✨”

“Don’t stop at the grade. Make sure she doesn’t graduate. Disgusting to the core…” commented one user adding to @ayyputeri‘s point.

Another user even wondered how did the research proposal even got approved by the researcher’s supervisor. 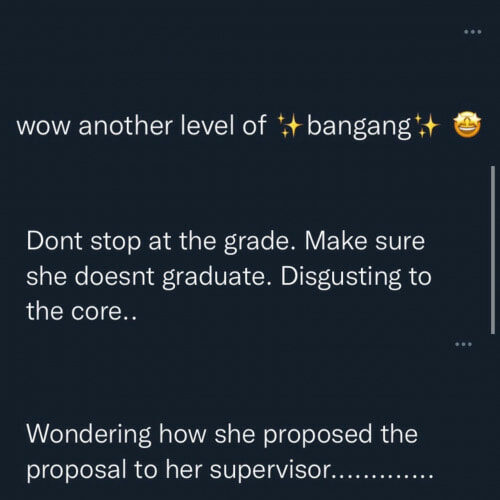 Despite all the backlash received, many strongly believe (us too) that this story might be untrue due to how ridiculous and unethical the whole research procedure is.

Let us know your thoughts on this “research” in the comments down below. 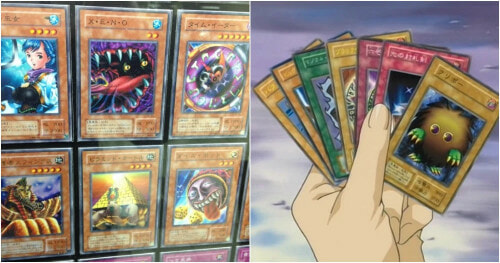