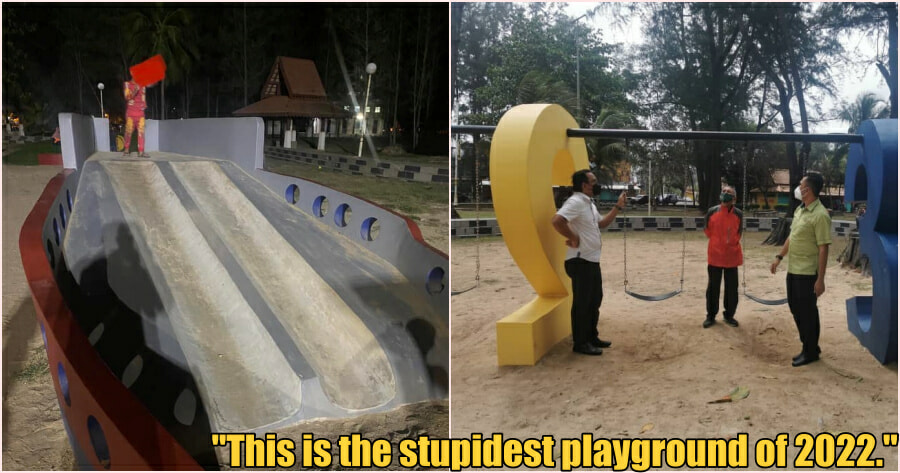 Malaysian local authorities are often criticised for their slow responses in times of crisis. Sometimes, they even get slammed for not building proper public infrastructure which could often lead to harm.

Recently, a children’s playground in Kuala Terengganu went viral after netizens were shocked by how it was built.

Amer Narani shared images of the playground on Facebook.

The playground is made out of hard concrete and is surrounded by sand. Amer described it as the stupidest playground of 2022.

“Cement! Very hard! If a child were to fall, they would definitely get their heads smashed.”

“Not only is the slide made of stone but the floor underneath it is all sand.”

He questioned how the project was approved in the 1st place.

“Do you think this is a National Service Training Programme camp?”

Netizens are angry at local authorities

The post has amassed over 785 likes, 433 shares and 636 comments. Netizens conveyed their anger towards the authorities for building such a playground.

One user sarcastically commented, “Maybe they wanted to save on costs. It will last long, maintain in rough conditions and is low maintenance.”

“Did they make a slide or a drain,” asked one user.

“I pity the children who want to play. Even for us adults this looks scary. I hope that the authorities take action, don’t just do nothing“, said a user.

Mayor visits playground and promises to make it safer

Following the backlash on social media, TV Darul Aman reported that the Mayor of Kuala Terengganu Rozali Salleh has visited the playground himself and promised to make it safer for children.

“We have received a complaint about the said playground. Immediate action will be taken by the city council by placing rubber mats at the foot of the slide and a fiber wrap on the slide itself to prevent any incidents”, he said. 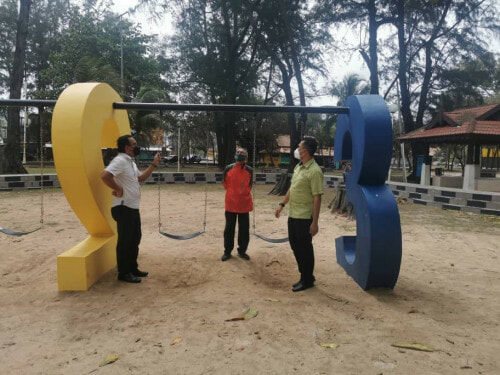 Rozali explained that the playground facilities were upgraded to concrete due to weather factors such as salt water and hot weather.

“Besides that, playgrounds are often damaged due to immoral vandalism. We have also found folding knives that are suspected to be used to damage public property”, he said.

Therefore, according to him, they had to build the playground from concrete to ensure it lasts longer as well as save maintenance costs.

Kudos for the quick response. We hope that the playground will finally be safe enough for children to use.

Also read: M’sians Slam DBKL For Leaving Large Hole Uncovered Next to River of Life Where a Child Fell Through 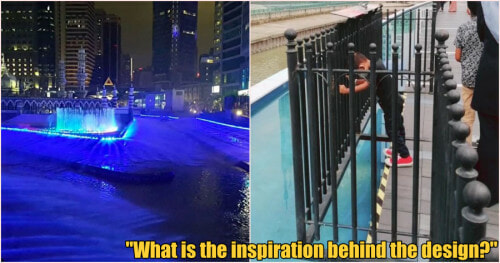