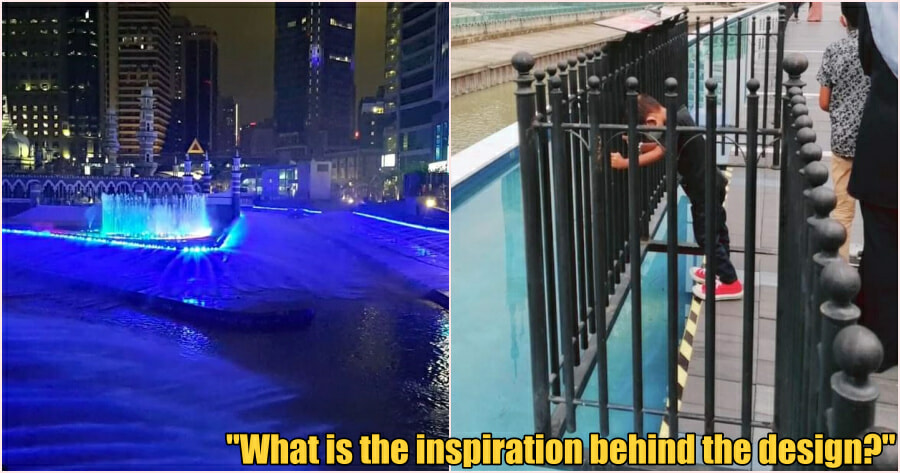 Recently, a TikTok video of a small boy falling through a hole and into a shallow fish pond next to KL’s River of Life went viral.

Fortunately, the boy was saved by his father’s quick response.

The issue prompted netizens to criticise DBKL for not properly fencing the area which is dangerous for young children.

Following the video, pictures of the shady fencing have also been circulating on Twitter. 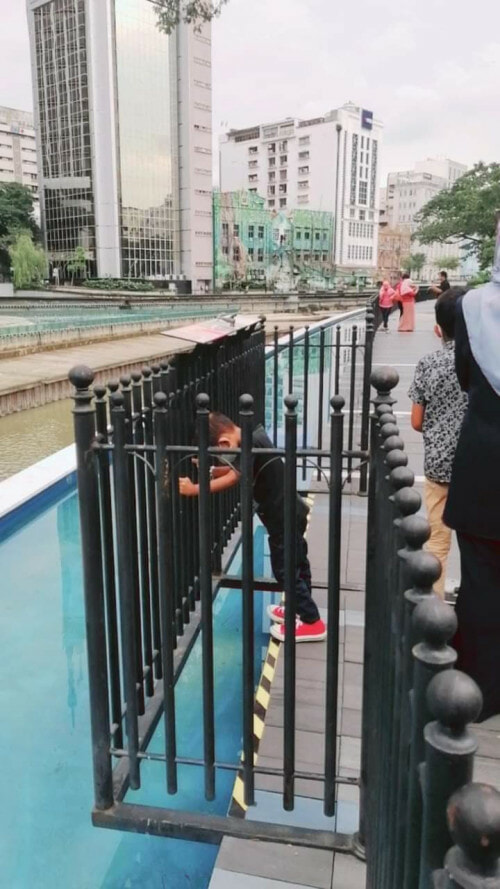 Social media users expressed their anger and disappointment towards DBKL and what appeared to be incomplete work. Some even called for people to sue the city’s council for the hazard.

“I work in the field of designing safety features like this. If this one was approved, an investigation must be done on the organisation,” commented a user.

“This shouldn’t even pass the discussion stage!”

Another user commented, “Which architect did DBKL hire to design railings like this? Stupid.”

The picture has also managed to capture the attention of politicians as well as lawyers who called for DBKL to do something about it immediately.

DAP’s Ketari assemblyperson Young Syefura Othman reshared the picture and said that it should be made viral.

Meanwhile, lawyer and co-founder of MUDA Lim Wei Jiet said, “If this is not negligence by a local council, I don’t know what is.”

What do you think of the oddly placed fence? Let us know in the comments.

Also read: E-Hailing Driver Accidentally Steers His MyVi Into Pool of KL Condo Due to Poor Visibility During Heavy Rain 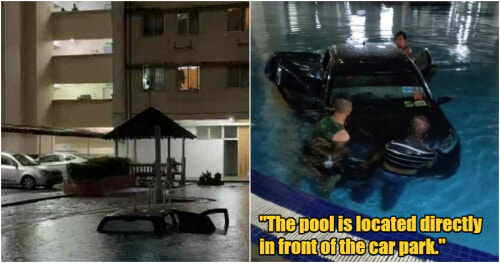