Given the rising amount of sexual abuse cases amongst children in Malaysia, we need to do our part in making sure that our little ones feel safe enough to speak out if their safety is at risk in any way.

Recently, a Facebook netizen posted about a child who approached a teacher to report a sexual abuse incident that happened in her household. However, instead of directly referring to her genitals as vagina, the girl said, “my uncle licked my cookie”.

The teacher dubiously thought the girl was referring to an actual cookie and didn’t think much of it, telling her to “next time ask for another cookie.”

It was only after a few months when the mother of the child talked to the teacher about a rash she had developed on her vagina that the teacher discovered the real meaning of the “cookie” she had previously referred to.

Unfortunately, this is quite a common occurrence for victims of child sexual abuse in Malaysia because of the way that sex is treated as a taboo topic.

Another netizen in the comment section responded with an experience of her own:

A Standard Two girl came to her teacher claiming that someone had held her “flower”. But the teacher merely told the boy not to touch her stuff instead of addressing the actual issue because she didn’t know that flower meant the girl’s genitals.

It has become difficult for children to come forward about being sexually harassed or abused simply because parents have ignored the importance of educating their children about the proper names of their private parts.

Fortunately, some netizens have stepped up to recognise this as an issue and are voicing out the need for change in society.

And we urge all parents to follow suit! The more we talk about the possibilities of sexual abuse and the hazard it poses to children, the better chances we have at tackling this growing issue. Let’s do what we can to protect our kids.

Also read: PDRM On The Hunt For Bangladeshi Worker Who Allegedly Sexually Assaulted 5yo Girl 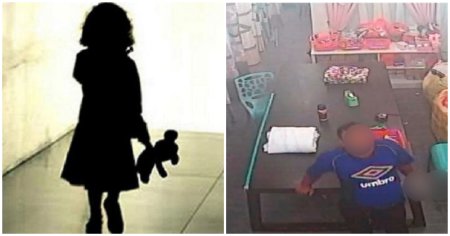