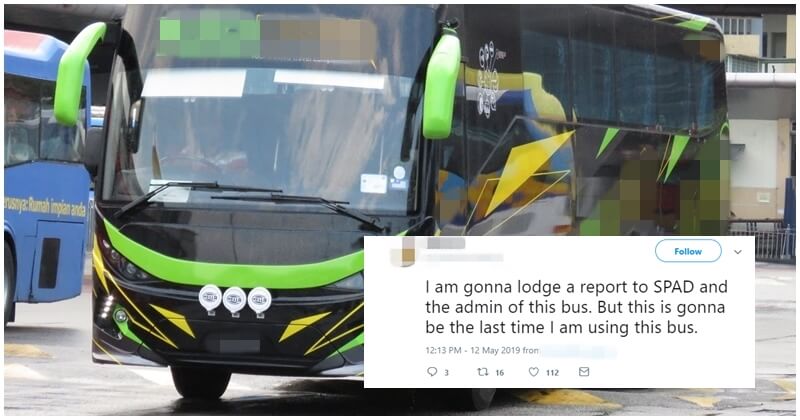 All forms of discrimination are not acceptable in Malaysia. But despite living in a diverse society, bouts of racism continue to occur.

In a Twitter thread, a netizen live-tweeted his shocking experience in an express bus on Sunday (12 May) with a very racist bus conductor. 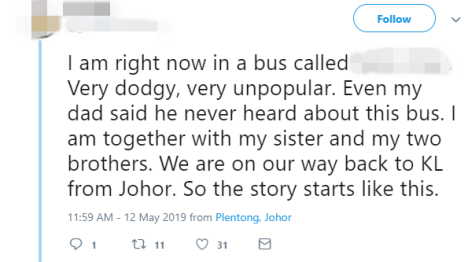 He begins by explaining that he and his family were on the way back to KL from Johor in a dodgy bus called N*o liner. 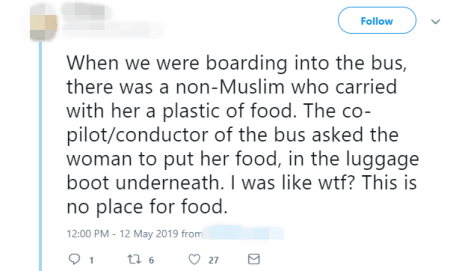 When he was boarding the bus, the conductor ordered a Chinese woman to put her food in the boot, to his anger.

So racist was the conductor, he had given away the best seats situated in the front for the netizen and his family to prevent Bangladeshis from sitting there. 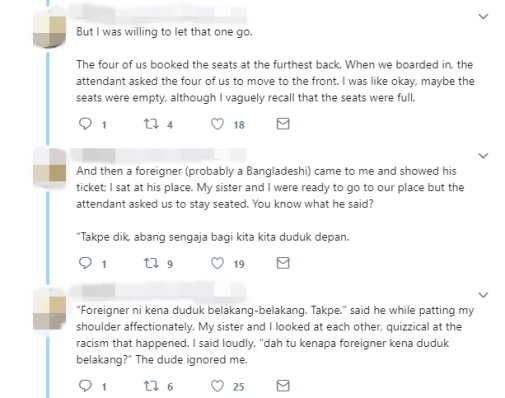 “The conductor asked the four of us to move to the front… but I vaguely recalled that the seats were full.”

“And then a foreigner (probably a Bangladeshi) came to me and showed his ticket. I sat at his place. We were ready to return to the back, but the attendant asked us to stay seated. You know what he said?”

“It’s OK, I want to only let “people like us” sit front of the bus. Foreigners need to sit at the back”

“He said it while patting my shoulder affectionately. My sister and I looked at each other, quizzical at the racism that happened.”

“I roared, ‘Why did you put the foreigner at the back?‘ But he just ignored me.”

Talk about apartheid in Malaysia!

He continued his protest to the conductor but was later confronted with another issue, and this time with the Chinese lady who earlier brought food onto the bus. 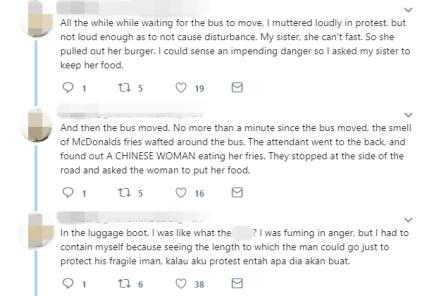 Suddenly, the smell of french fries filled the air. It turns out the Chinese woman from earlier was eating at the back.

“They stopped at the side of the road and asked the woman to put her food in the luggage boot.”

“I was fuming in anger, but I had to contain myself because who knows the length to which this man could go just to protect his fragile iman (faith).”

Unable to confront the conductor, fearing ejection from the bus with no money, he implored others to help. 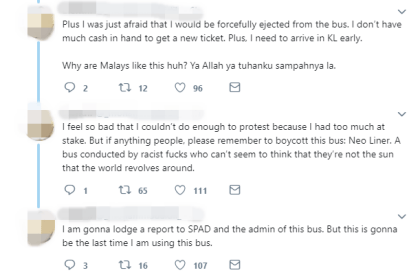 “I feel so bad that I couldn’t do enough to protest because I had too much at stake. But if anything, people, please remember to boycott this bus: N*o Liner.”

“A bus conducted by racists who can’t seem to think they’re not the star that the world revolves around.”

But one netizen lamented the fact that the netizen should have taken action against the conductor at that time. 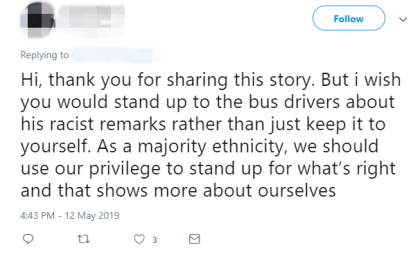 “I wish you would stand up to the bus driver about his racist remarks rather than just keeping it to yourself.”

“As a majority ethnicity, we should use our privilege to stand up for what’s right, and that shows more about ourselves.”

Another lamented the fact that the conductor did not exercise restraint despite it being the holy month of Ramadan.

“Ramadan is the month for Muslims to restrain our iman and lust. Not for other believers to change their daily lifestyle for a whole month just because of us.”

With the netizen vowing to report the express liner to the authorities, we sincerely hope that no such incident would happen in the future.

Would you have done more? Share with us your thoughts in the comments section below. 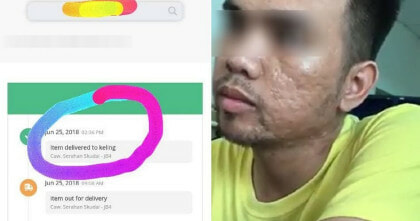