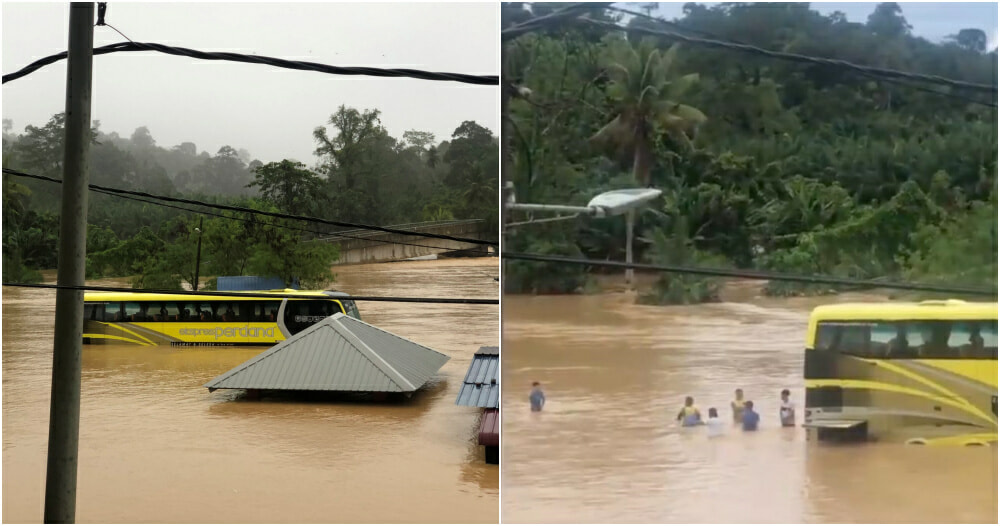 These past few weeks have been disastrous for many Malaysians as floods have ravaged the East Coast of Malaysia, namely Pahang and Johor. We have been reading numerous reports of flood victims going through the worst. Some have even lost family members and friends.

However, that has not stopped us Malaysians from helping each other through these difficult times. Just a couple of days ago, World of Buzz reported on Pahangites giving out water and buns to random travellers who were stuck in traffic.

Fellow Malaysian, Muhammad Faris bin Mohamed Nordin, 26, who also goes by the name of Farys, took to Twitter to share his experience of being treated with kindness by strangers after being in a stranded bus that was submerged in the flood while he was on the way home to Kuala Lumpur.

Submerged in the flood

He first explained that he was travelling with his friend from Kelantan to Kuala Lumpur. In the beginning, everything was going fine for them. They had absolutely no clue what was in store.

Farys said the bus that they were riding on did go through a flooded road successfully but when they encountered a second road that was flooded, the bus driver had to make a U-turn and use an alternative route instead.

Of course, they came across another road which was also flooded. Farys said the driver probably felt confident after they had encountered the first flooded road, and thought they could make it through this one again.

The next thing they knew, the bus was floating.

“With the confidence we had during our encounter with the first flooded road, our bus decided to go through it once again. And tada !!!!! We are suddenly floating gaissss,” he tweeted.

Moments later the engine of the bus died off, including the airconditioning and lights.

Farys said that was when people started to panic. To make things worse, the water started to slip into the first deck of the bus. Hence, passengers ran upstairs to the second deck to save themselves.

Thankfully, the abang bomba came just in time to rescue him along with over 40 other passengers. He shared a video of the passengers going through the emergency exit to evacuate onto a rescue boat that would later bring them to a mosque nearby.

Here I recorded the flood when we were escaping through the second deck emergency exit. Boats came to and fro the exit on a rescue boat to evacuate passengers to the mosque ✨ pic.twitter.com/NwOUwp4nVE

Once they were safely placed at the mosque, they discovered that it had been cut off of power supply. Fortunately, they were stranded in a place with the kindest villagers who helped them selflessly by giving them food and clothing while waiting for the bus so that they could continue their journey.

The generous villagers cooked food not once, but FOUR times for the stranded bus group. Farys was so touched by their warmth and kindness, especially since these villagers didn’t even know who they were!

I think this is the 4th batch of food they sent. We had to prioritize the food for older people, babies, children and families. At this time, we only had each other after all kan ? 💕 pic.twitter.com/pnv455h1Xt

The locals already cooked food for our journey home ! See ? So kind right ?? So we gonna help them to pack 💕 pic.twitter.com/JLrPTe5o3j

“Be selfless and kind to one another regardless”

Farys shared with World of Buzz saying “What I got from this whole experience is that at the end of the day, we only have each other after all. Being selfless and kind to one another regardless of a person’s religion, race, gender and personality is crucial.”

He also said that patience and prayers are of utmost importance in every situation especially when it comes to facing hardships.

“I just go to my faith in Him. Have patience and pray so that everything goes smoothly,” he said.

He also hopes that the authorities can help fix these flood issues so it never happens again.

“It costs a lot of time, money, and energy. I can’t imagine those who’ve lost their homes from this catastrophe,” he said.

“After the short-period of hardship I’ve been through (limited food, short water supply, no power, and no cellular network), I’ll always remind myself not to complain and be grateful for everything that I have,” he added on.

Let us know your thoughts about this story. Leave us a comment in the comment section below. 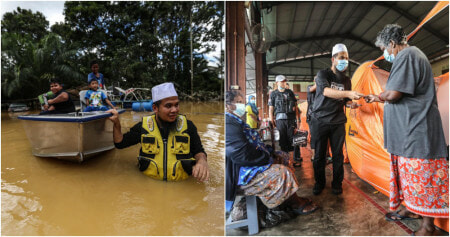