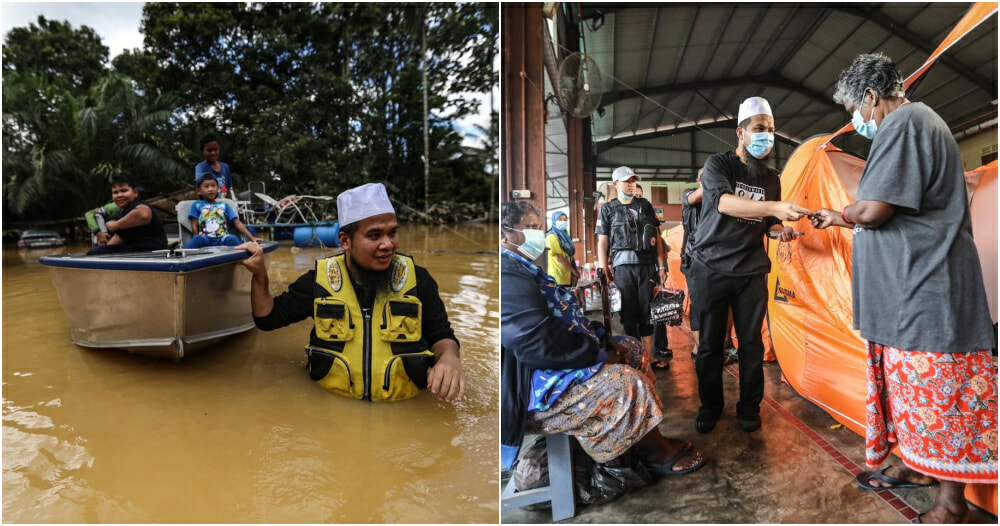 Our favourite celebrity preacher, Ustaz Ebit Lew, is back again with his insane acts of generosity. This time, he extends his aid to the flood victims at three Temporary Evacuation Centers (PPS) in Kuala Lipis, Pahang.

As seen on his Instagram and Facebook page, Ebit Lew revealed that he travelled to Kuala Lipis to offer assistance to these helpless flood victims.

In his caption, he expressed his sadness after witnessing what these flood victims in Pahang are going through.

“Oh God, my heart aches. It has been two days in Kuala Lipis with ten 4x4s and our boat from Kuala Lumpur. Many roads were cut off when we got here. Every time we go further, there is a truck or motorbike waiting for almost 24 hours because they’re stuck and can’t move. Thank God for making our journey easier,” his caption read. 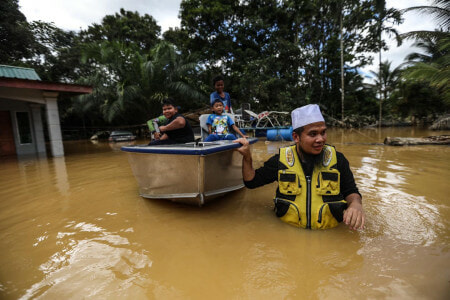 Of course, Ustaz Ebit Lew brought supplies to distribute to as many flood victims as possible as well as providing them with some cash to ease their burden.

“We brought 1,000 t-shirts. 1,000 telekung as well as food. For every flood victim, I gave them a little cash as spending money. The saddest thing is to see the schools, police stations, suraus, temples, cars, motorbikes, Tenaga Nasional Berhad (TNB), and houses. If you look, all of it is submerged. There are some people who are living on their roofs.” 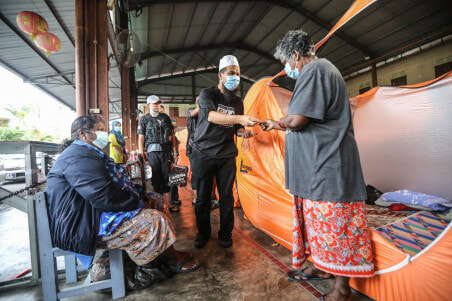 Ebit Lew also explained that areas that were not previously affected by flooding for decades are severely affected this time around.

“Earlier, I also made time to see the flood victims of the family with the missing mother and child. The body of the mother was found drowned. May Allah grant her peace in paradise” he said in his post.

He also showed appreciation to the police, the Malaysian Civil Defence Department (JPAM), as well as the Social Welfare Department (JKM) and the Fire & Rescue team by saying that they have been working hard together to rescue and help the flood victims.

Thank you, Ebit Lew, for helping us Malaysians!

Also Read: “If it finishes, we will get more” Ustaz Ebit Lew Buys 150 Wheelchairs For Those In Need 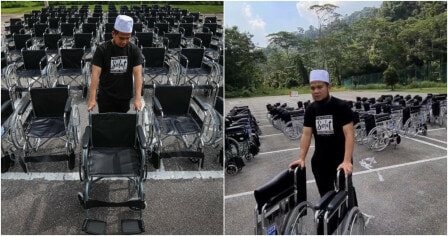