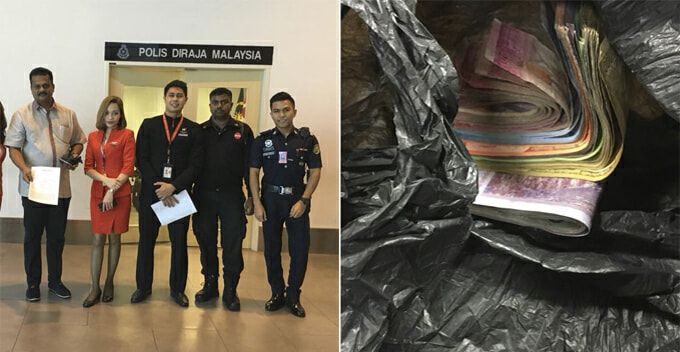 Think your luggage is safe in the upper head compartment? Well, think again.

Just yesterday (4 February), a netizen named Mathyalagan who was on AirAsia flight AK46 from Colombo to Kuala Lumpur had his money stolen by a fellow passenger. Luckily, the culprit was arrested before he could slip away, thanks to the responsive personnel. 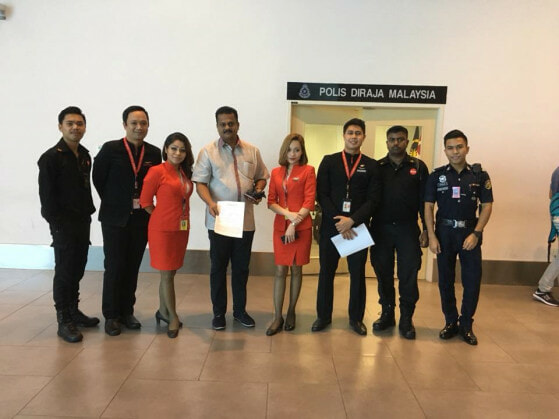 The only thing that came across his mind in that moment was a passenger who caught his attention earlier on during the flight.

According to him, the suspicious-looking passenger was observing him when he was keeping his bags at row 4, which was further away from his seat at 1A.

Mathyalagan then checked with the crew to see if they observed any suspicious behaviour from the man throughout the flight, such as constantly getting up to open the overhead compartment. 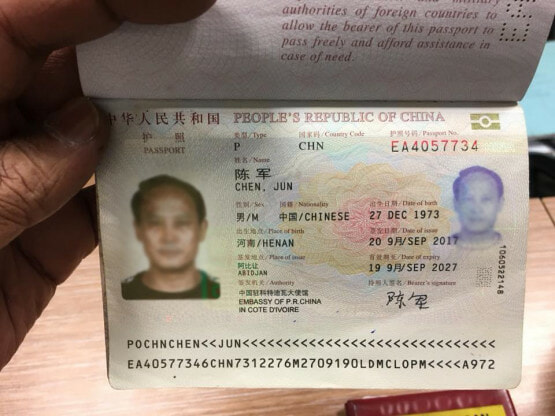 “The Senior Cabin Crew said he too was suspicious of this guy as he stood up several times. The crew immediately informed the Captain about this incident and we quickly walked towards the arrival hall looking for this guy.”

Thankfully, they found him sitting in front of the transit counter and they requested the man to open his bag for verification. Another passenger was requested to help translate due to the communication barrier between the suspect and the cabin crew.

“When he opened his wallet, we noticed a lot of foreign currency notes but could not see my two bundles of notes. He was wearing a jacket and we suspected that there may be some money in his pocket.”

“So, we asked him to stand up and a black plastic bag dropped from his body. We opened it in front of the crew and airport policemen, and my two bundles of money were in the bag.” 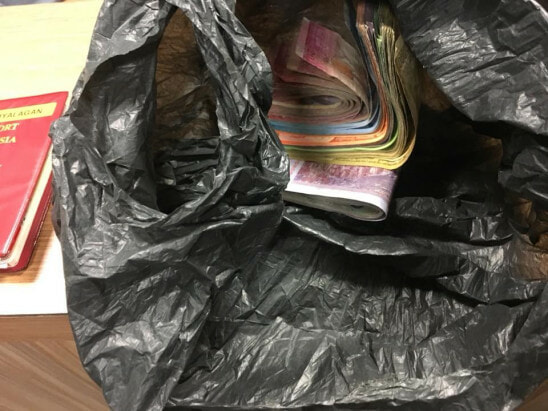 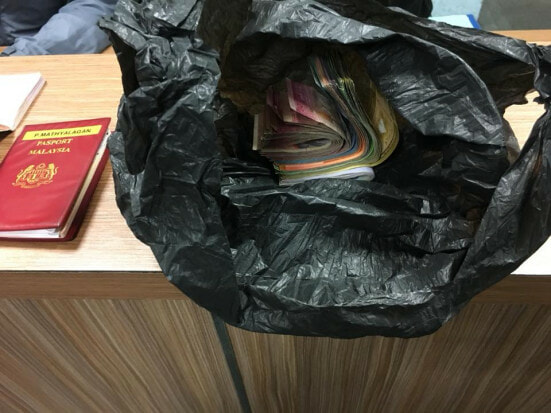 The suspect was arrested on the spot. According to the investigating officer, cases like this are unfortunately common nowadays and the authorities are having a tough time finding the culprits and making arrests. In fact, Mathylagan’s case is the first ever incident with solid evidence that can be filed at the court.

Mathylagan’s experience had garnered a lot of attention on social media as some netizens also suffered the same fate before.

“We lost our money on a KL-Turkey flight when we put our wallet in my bag in overhead cabin,” one netizen commented.

“When travelling, you should always keep your money and passport with you at all times,”another Facebook user said.

So guys, if you see any suspicious person repeatedly reaching into the overhead cabin on your flight, you know what to do. Anyway, we’d like to salute the crew and the airport security for handling the case efficiently and professionally.

Keep up the good work, guys!

Also read: “My Wife is Worried Whenever I Fly Alone on Malindo or AirAsia,” Says Senator 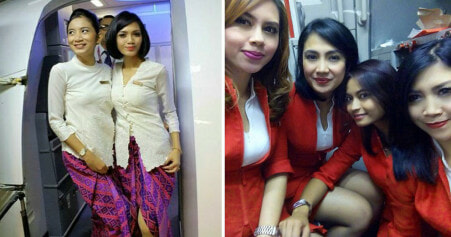