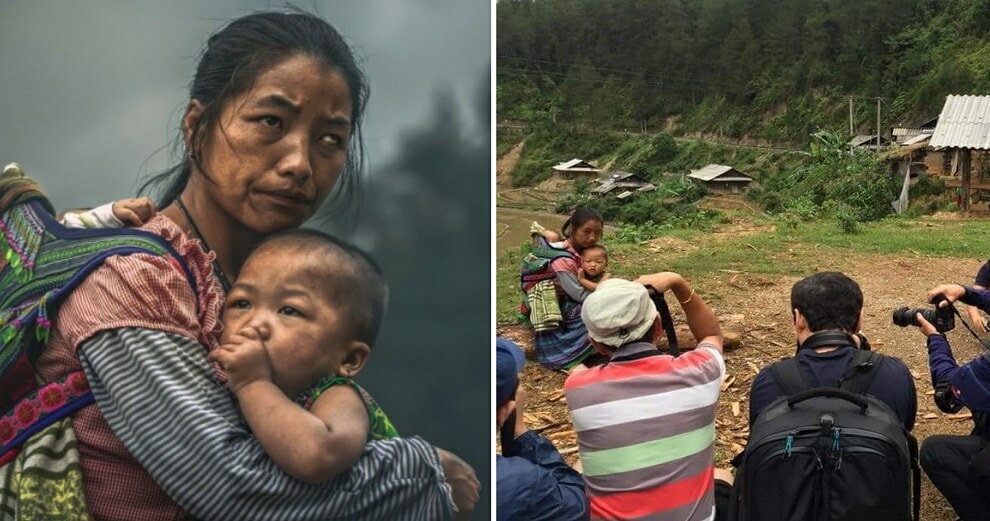 Malaysian photographer Edwin Ong Wee Kee has recently come under scrutiny for his award-winning photo. The photo in question is a striking shot of a Vietnamese mother holding her baby. The photo was meant to portray the mother’s feelings of strength and hope for her children in spite of her speech disorder. 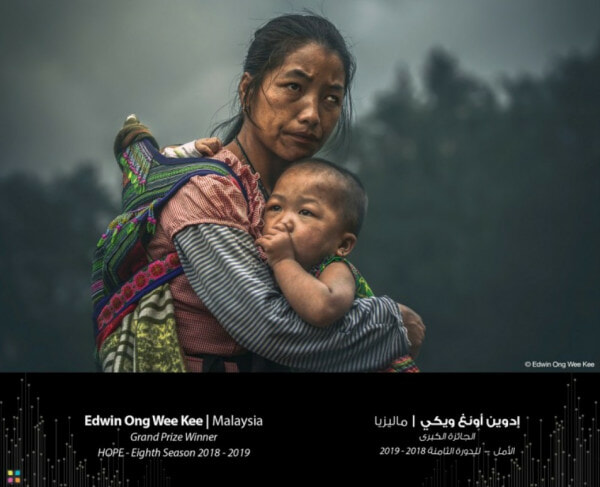 However, on Monday (19th March), a post on photographer Etienne Bossot’s blog, “Pics of Asia“, which accused the Malaysian photographer of staging his award-winning photo, surfaced online. The post, entitled “Are you doing it for photography or for fame?”, included a behind-the-scenes picture of the award-winning photo that was reportedly circulating in Vietnam for the past week.

The shot showed a photography tour group gathered around the woman holding her baby and taking photos of them. An excerpt from Etienne Bossot’s post reads,

“The woman seems to pose for them, probably an organised staged model for the photographers who don’t want to have to work very hard for their pictures.”

“If you know about travel and photography, you surely know that this isn’t the right way to photograph people.”

“The photography competition website states: ‘The feelings of a Vietnamese mother whose speech disorder did not prevent her from feeling hopeful and evoking a sense of strength for her children’.”

“I would personally have written: ‘The feeling of a Vietnamese mother who is being assaulted by a group of rude photographers who probably didn’t bother to ask her about her life story. Her face evoking a sense of feeling really uncomfortable’.”

“This is the fastest shortcut you can take to obtain fame. Fame that will of course make you become very rich. Because we all know that once you have won a competition, it rains money and National Geographic just can’t get enough of you for their exotic assignments around the world.”

Other photographers have also shared images of this on social media, expressing their outrage over this win.

This Photograph won 1,20,000US$ in HIPA Photo Contest …But…Behind the scene of the winning photo is here!!

Behind the scene of HIPA grand Prize win photo!!

Meanwhile, Edwin Ong told The Star that his photo was not staged, saying,

“In this trip to Vietnam, we (the photographers) went to the rice field and there was a mother (who had her children with her) that passed by. We then asked her whether we could take her photo of which she willingly sat down (on a tree log) and allowed us to take her photo.”

“We never told her to stand up or sit down. Even after taking photos, she was still there and even didn’t move until we left.”

“I gave both my raw and edited files (for the HIPA competition). This is a very big competition where they (the judges) look at the original and edited photos. Only then a prize is given.”

While this has caused some upset among photographers, the photograph did not violate any of the competition’s rules. 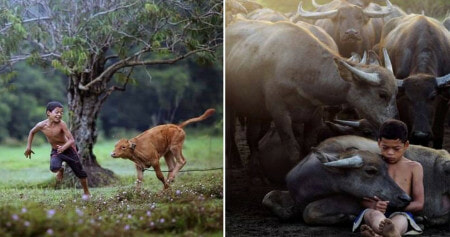