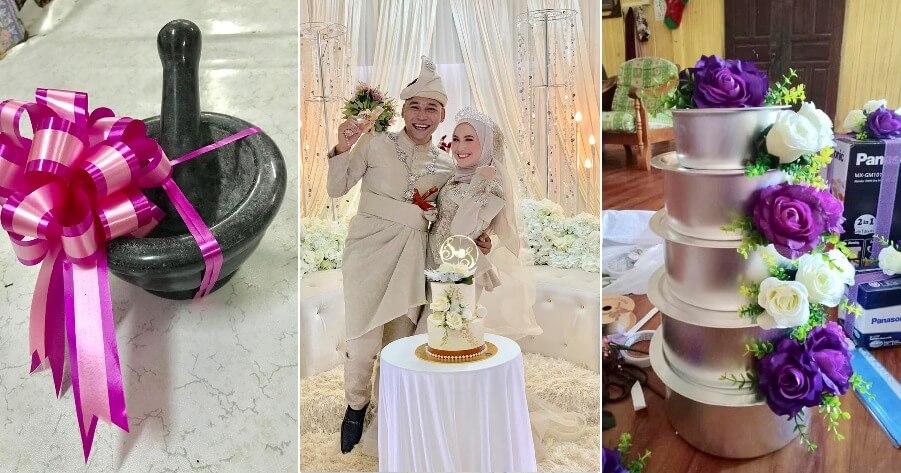 There are lots of preparations that need to be done for a wedding and one of these is the sending of the dowry between the families. For Malay weddings, it is known as the hantaran kahwin and usually, it is given by both the girl and the guy. The hantaran consists of things such as clothes, jewellery or even food, but this newlywed couple had a really extraordinary idea for their dowry. 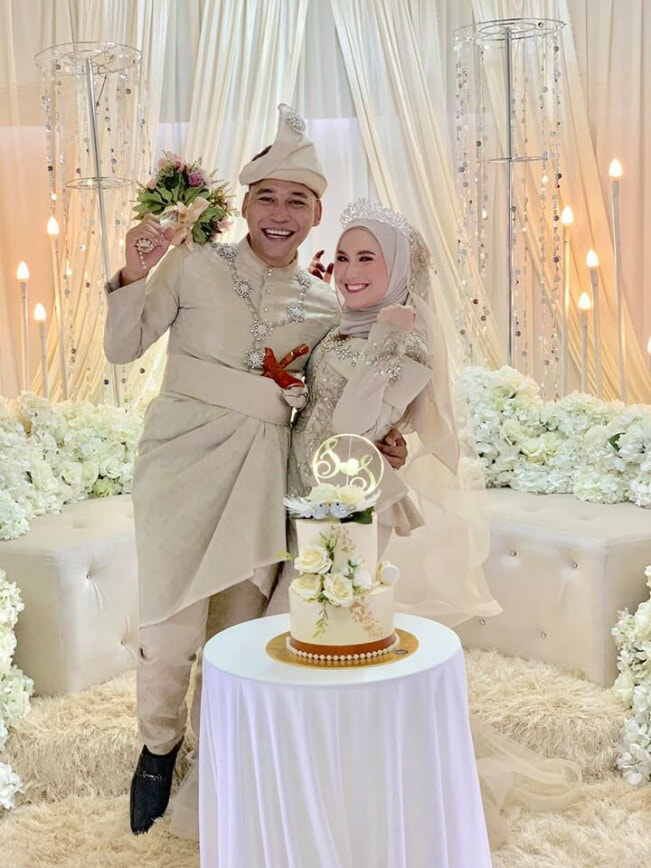 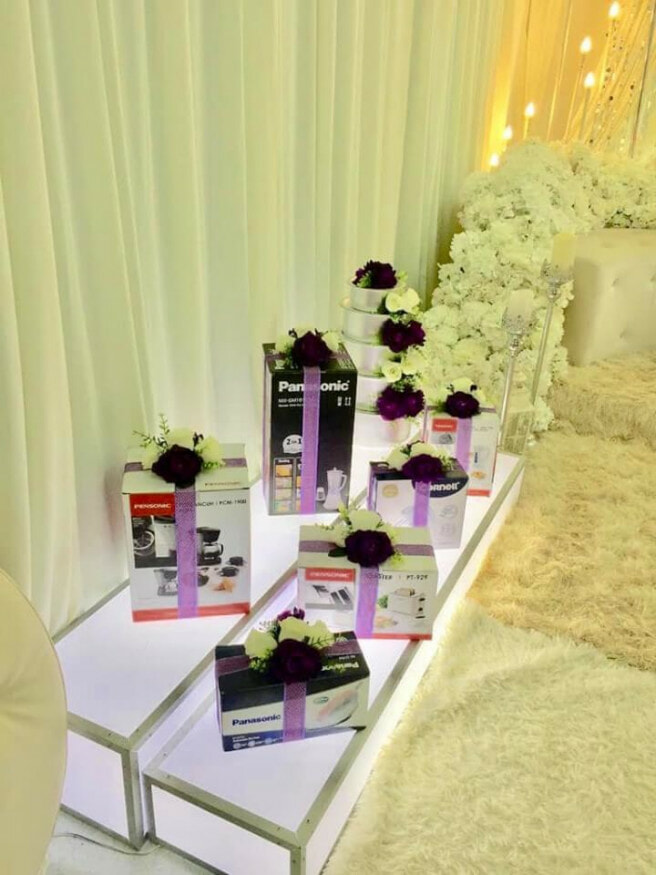 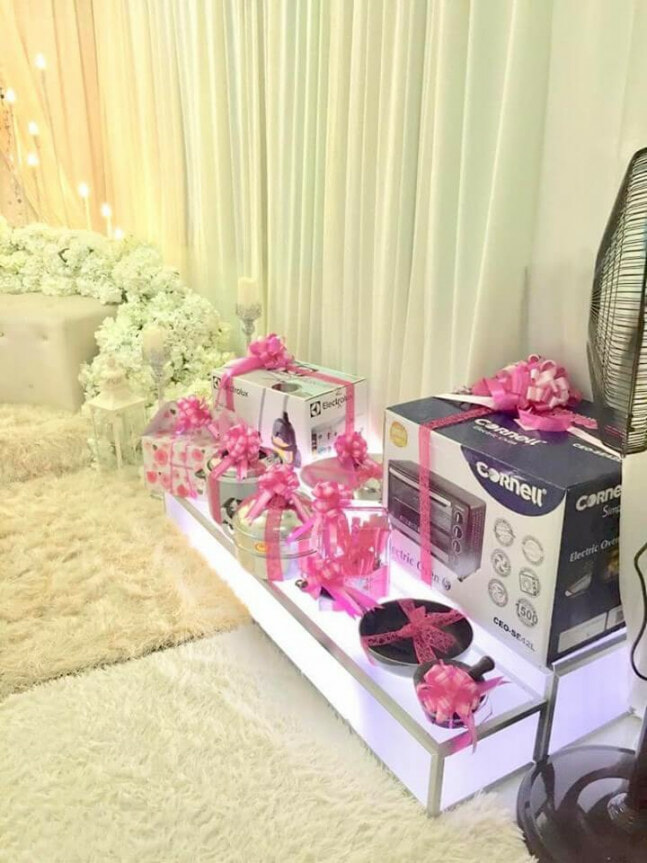 In a Facebook post that has gone viral, the bride, Syarfa Abdullah shared the photos of the hantaran online and netizens were amused by their creativity. Instead of the usual hantaran items, the couple decided to be more practical and requested for new household appliances to start their new life together.

The couple said that they had discussed this before and both of them agreed that it was a good idea to get the household appliances for their home. She told WORLD OF BUZZ that their unique idea was effective and economical as they only spent almost RM2,000 each for all 16 household items. Plus, it was easier as they did not need to elaborate decorations and only used ribbons to decorate the items. 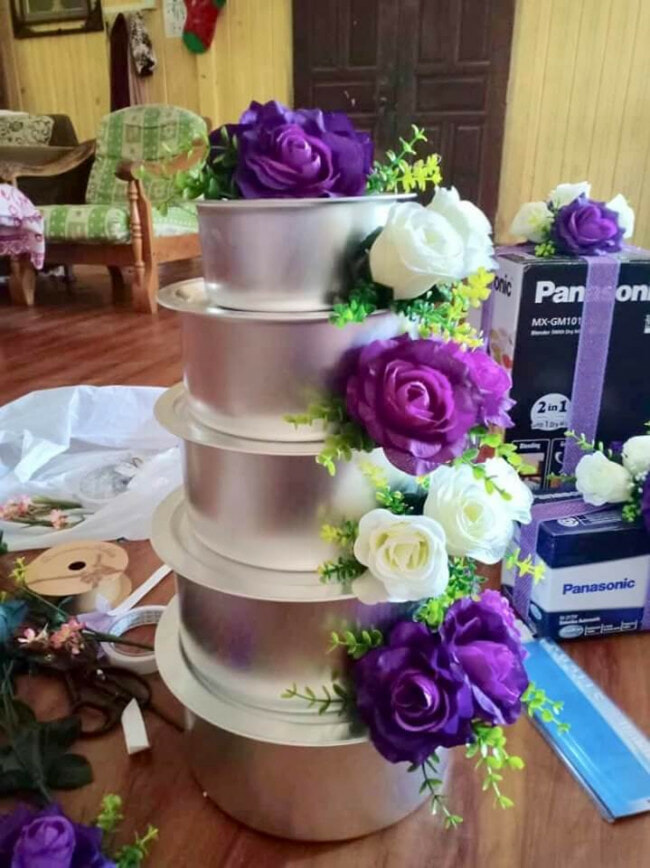 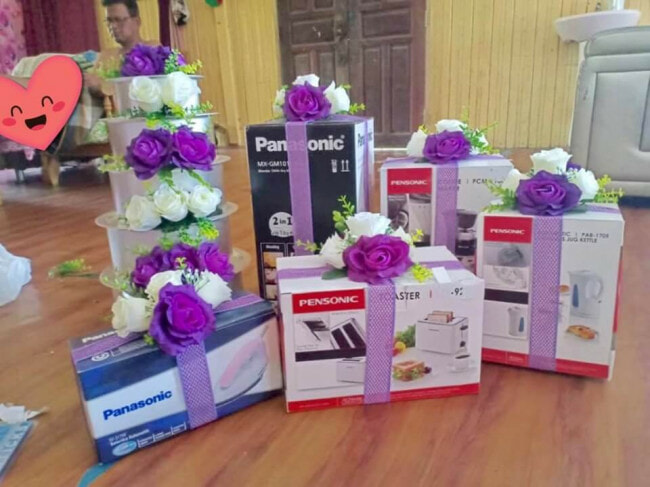 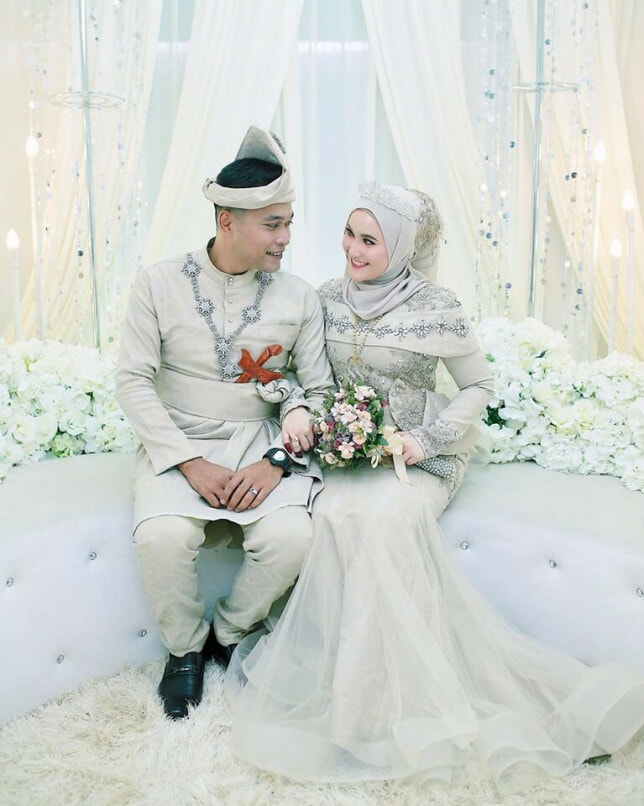 When asked, she said they came up with the idea as their first home really needs these items and the usual hantaran gifts such as handbags, jewellery and branded items were not necessities. She said, “These appliances can be used until it spoils in our household and it’s more worth it.” True! 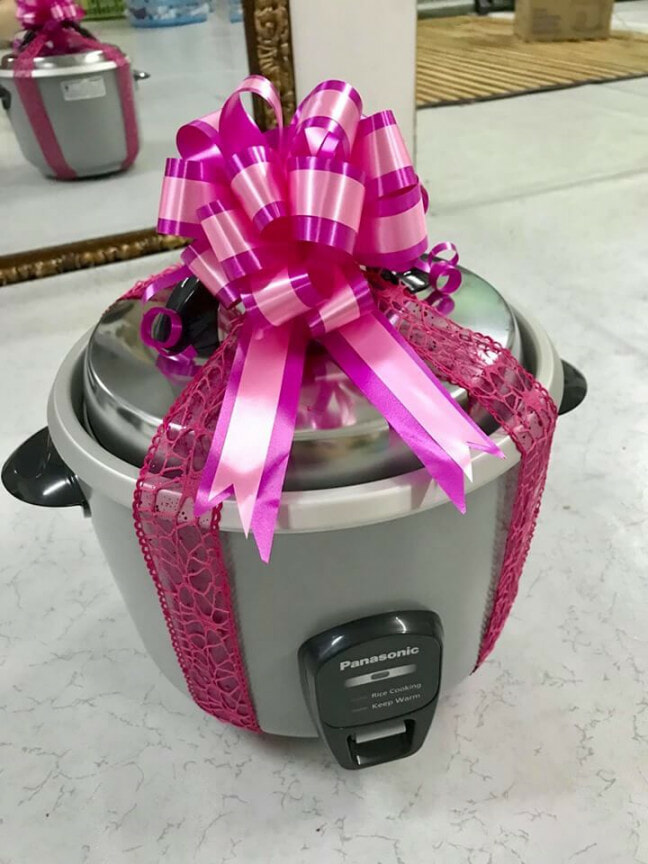 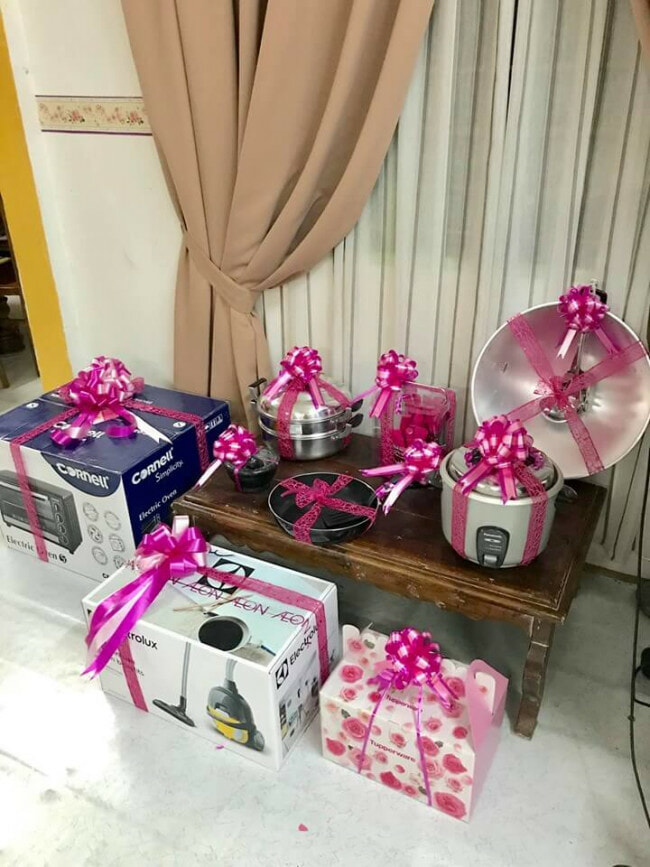 Many netizens were inspired by this unconventional hantaran idea and started tagging their friends in the comments. Syarfa said she gave her husband Syazwan Suhaimi a vacuum cleaner, Tupperware set, rice cooker, steamer, cutlery, oven, frying pan, a kuali, and even an old-fashioned pestle and mortar that amused everyone. Meanwhile, her husband gave her a coffee maker, blender, iron, toaster, five-layer pots, kettle, and a cake mixer.

This sounds like a pretty good idea and practical too! What do you think of this dowry? 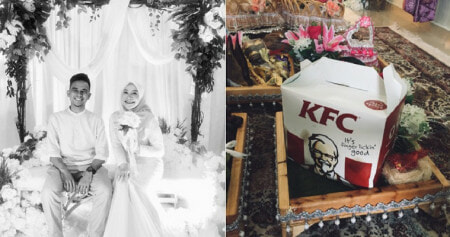