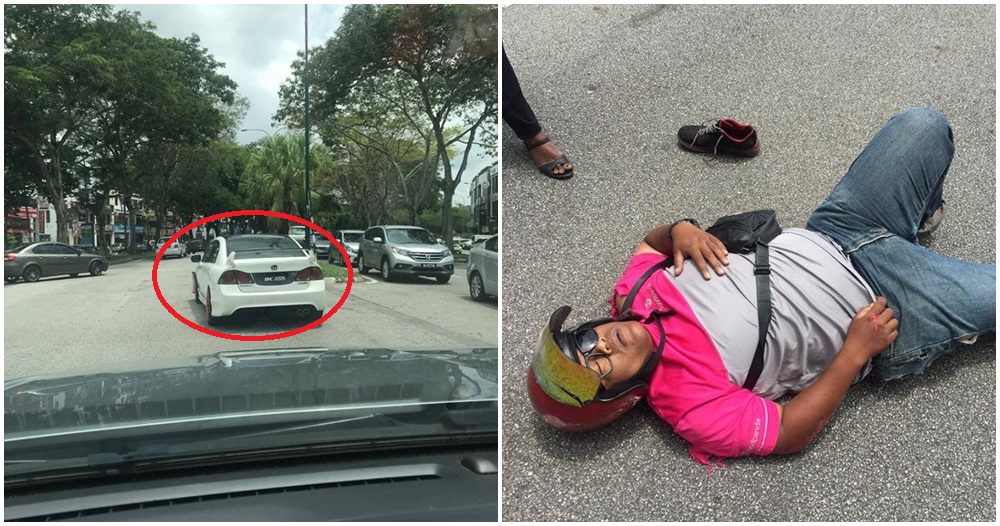 Reckless drivers on the road are a public safety hazard with all the lives they put at risk daily. If you’ve ever had the displeasure of encountering these inconsiderate citizens, you’d know just how dangerous it is to share a road with them!

Recently, a Facebook user shared a post in search of the driver behind a white sedan with the number plate BNC 2225 for ruthlessly ramming right into a food delivery rider in Kota Kemuning before speeding off. 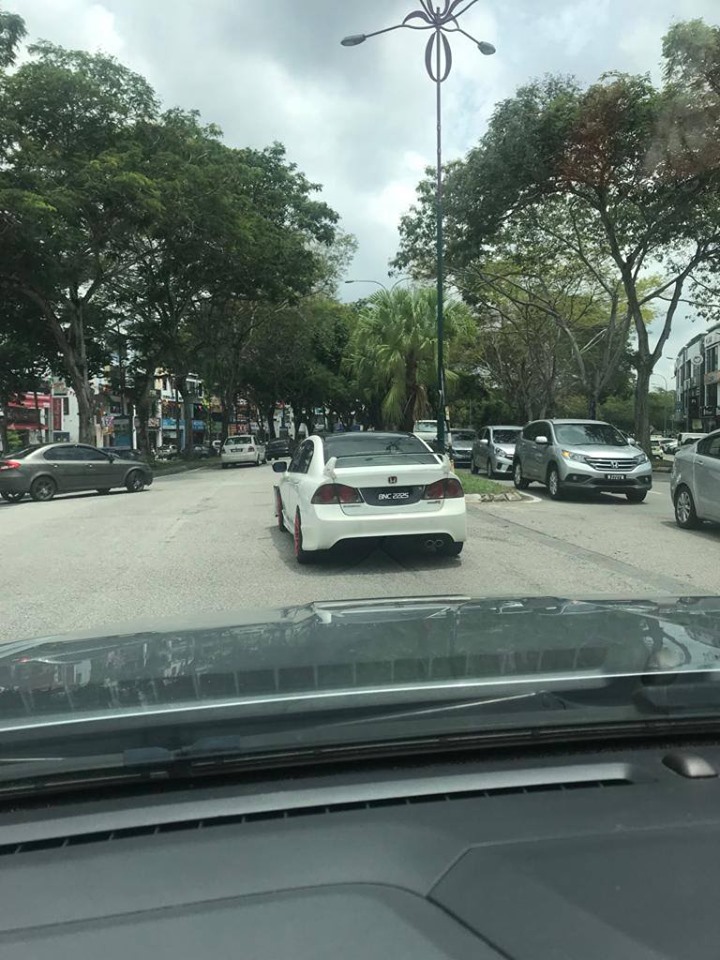 “Greetings, guys. I’m looking for a car with the number plate BNC 2225. There was an accident that happened just now in Kota Kemuning and the victim was left on the road. The owner of the car couldn’t be identified. He ran away. A hit and run case.”

The white sedan was reportedly speeding recklessly on the road before coming to a momentary halt upon colliding with the rider. The careless driver then proceeds to swerve out of the limping rider’s way and continues speeding, out of the camera’s sight. 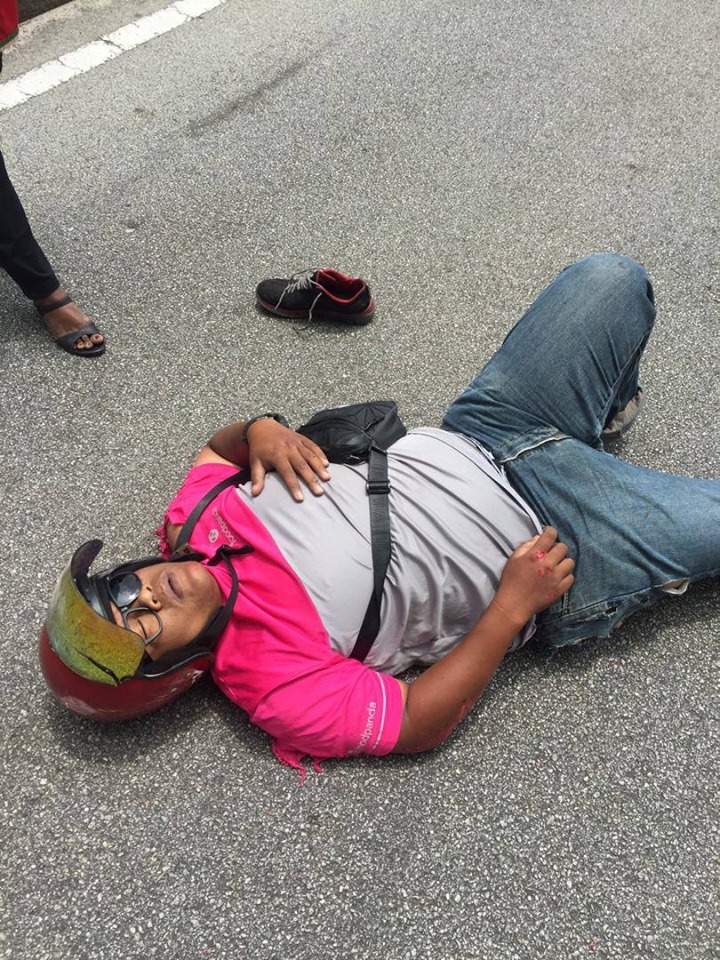 Parts of his motorbike could be seen scattered around the scene as the poor rider hobbled to the side of the road, with one of his legs clearly injured from the impact of the collision.

Since the posting, netizens have scoured the Internet for information about the driver and have allegedly identified some of his personal information. As we all know, you should never underestimate the power of social media!

Not only did these netizens uncover personal details about the reckless driver, but they also discovered that the owner of the car has a whopping total of five summons, amounting to RM 1,750!

Hopefully, this guy is brought to justice soon! Kudos to all the Facebook ‘polis’ that helped retrieve information about the driver. You really can’t hide anything from the internet these days. 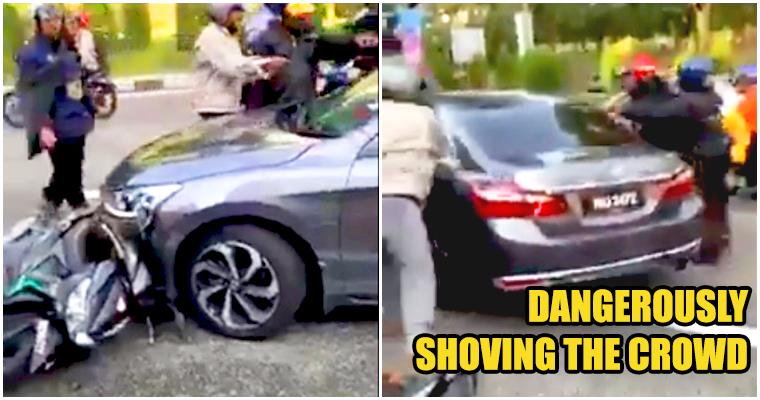