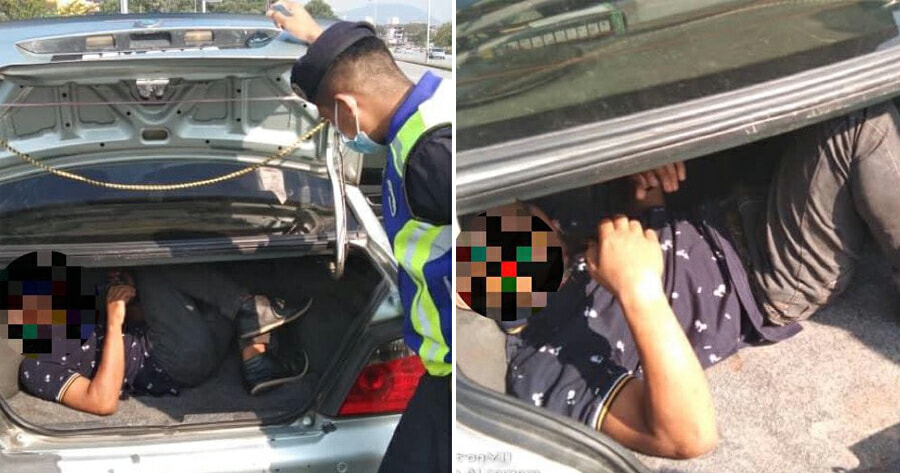 A woman thought she found a way out of the ‘two-person per vehicle’ rule by placing her stepson in the boot while going through a police roadblock.

According to Harian Metro, the 35-year-old woman, who was driving a Proton Waja, wanted to avoid being questioned by the police. However, her plan failed when she was at a roadblock on the Butterworth-Kulim Expressway (BKE) at 5pm yesterday afternoon (17 February).

She told the police officer on duty that she wanted to go to a supermarket in Seberang Jaya to buy clothes. At that time, there was also a 14-year-old boy in the front seat, according to Seberang Perai Tengah District Police Chief Assistant Commissioner Shafee Abd Samad.

“Police officers then asked the woman to move her vehicle to the side of the road for further inspection after they became suspicious of the car’s boot which was abnormally lower than usual,” he said.

“The results of the inspection found that there was a 14-year-old boy, who is the stepson of the woman, in the boot of the car.”

Shafee added that the woman was compounded RM1,000 for failing to submit a travel permit while crossing districts and was ordered to turn back.