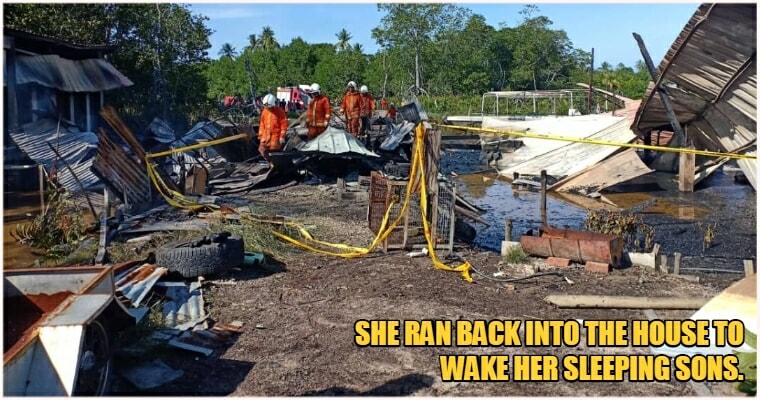 Mothers are truly gifts from the heavens. They’re strong, courageous, hard working, caring and are willing to sacrifice their lives for their children.

One mother in Kota Kinabalu did just that.

Aishah Awang Jumat, a 58-year-old mother tragically died after she tried to save her four of her sons from their burning house on Hari Raya Aidilfitri, as according to The Star. 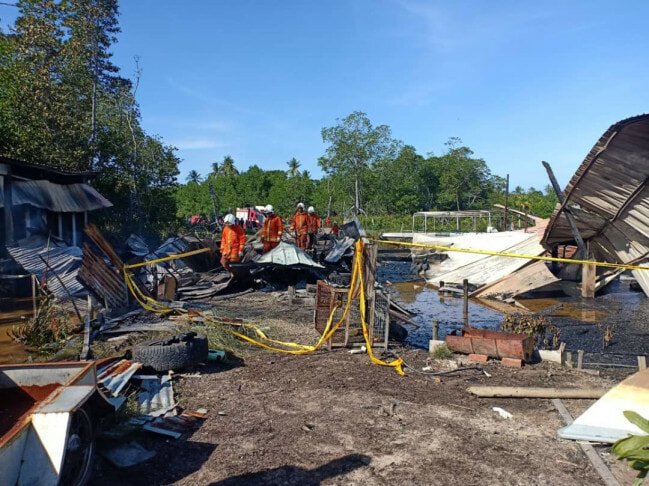 She had apparently managed to get out of the house, though when she realised her sons were still sleeping upstairs, she ran back into their burning home to wake them. Unfortunately, all five of them did not make it out alive.

According to relatives, Aishah’s husband was awakened by her screams, asking them to leave the house after the fire broke out. She was believed to have been in the kitchen, preparing food for the first day of Hari Raya.

Her husband and the other family members tried to put out the fire but it had spread too quickly.

Aishah is survived by her husband, her daughter-in-law and her two other sons, who managed to escape the flames as they were sleeping on the lower floor of the two-storey wooden house.

Rest in peace, Aishah and her four sons. Our most sincere condolences to their family members.