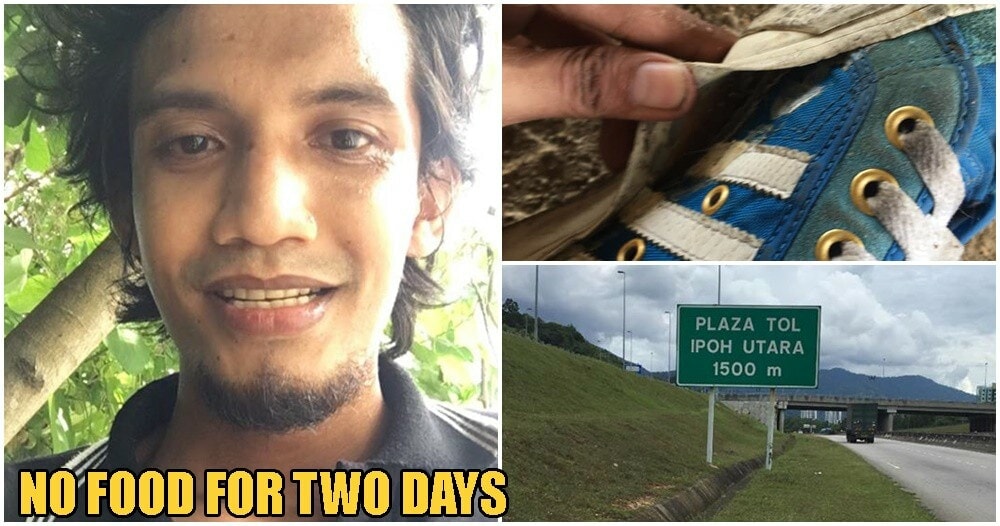 This MCO season has been particularly difficult for those who have to work or study in states far away from their loved ones, especially given the imposed travel restrictions.

Recently, a man who goes by the name of Matnoe Poksu Din, decided to travel 428km on foot, from KL to his hometown in Kelantan to reunite with his family after a month of separation.

According to his wife, Sara Anisa, Poksu was traveling to Gerik when he decided to make the crazy trip back home after a month of not being able to continue his work.

“My husband is doing something crazy. He’s walking back to our kampung from Gerik. It’s crazy if you think about it. There is no work in KL. There’s no money to eat. So he decided to walk home,” she said in a Facebook post. 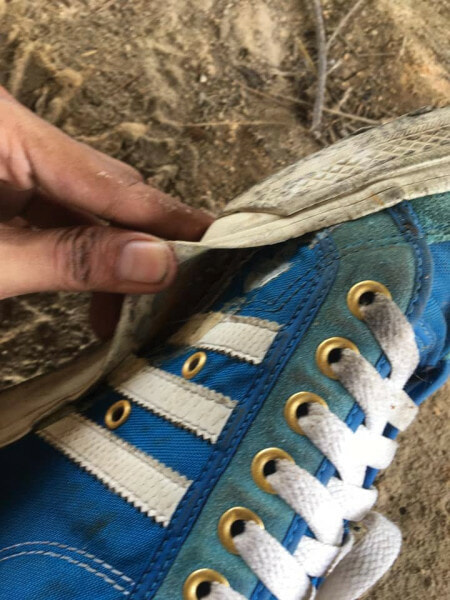 Poksu took to his own Facebook to share live updates of his progress during the four-day journey back. In one of the posts, he shared a picture of his shoes’ broken soles from being overused! The poor man also said he nearly fainted after two days of not eating. He survived solely off isotonic drinks.

During one of his live updates, Poksu said: “I wanted to take a break, get up and buy some water. Eat rice. It’s been two days since I’ve eaten rice. I’ve only been drinking 100 plus since yesterday. Haven’t eaten rice in a while. So we have to walk to Gerik,” said the determined husband.

“I’m refreshed by just this little. My eyes can see better now, even though my eye bags are as dark as ever,” joked the traveller.

Despite his situation, he assured netizens that he had enough money to get by for the rest of his journey.

“Whoever asked for our account number, we have enough money to eat for two days. There is no need for it. We don’t want to be greedy in this season or take people’s money. After all, we choose our own way,” he added.

Poksu even shared a picture tracking the time it took for him to complete his travels, showing that he walked for nearly four days straight just to complete the full journey. Thankfully, the dedicated man was well received by his wife when he finally reached home safe and sound at around 11pm, last night (27th April). 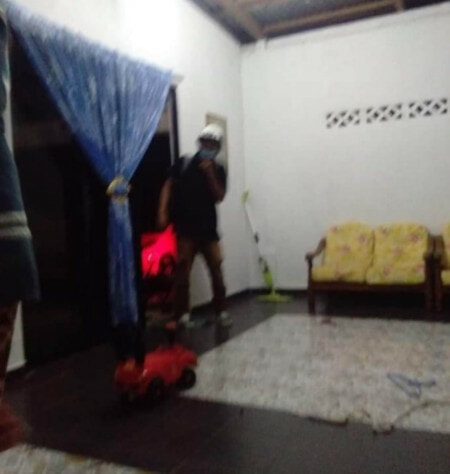 He assured netizens that he would go to the hospital to undergo a health screening for the virus and jokingly said, “don’t worry guys, I won’t walk to the hospital.”

Also read: Pregnant Woman In Singapore Walks 40mins Across Causeway With 2yo Son To Return To JB 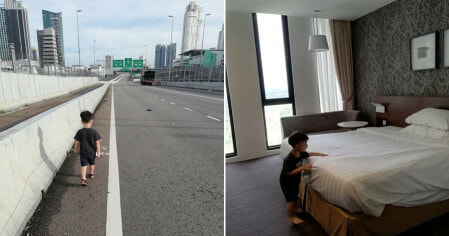