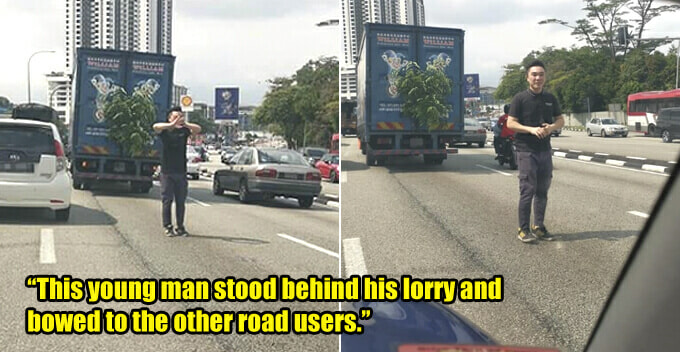 Understandably, getting stuck in a jam caused by a stalled vehicle can sometimes get on our nerves especially when we’re rushing. However, what this driver did after slowing everyone down has earned the respect of other road users and even successfully diffused their anger.

According to Noodou, a lorry driven by a young man suddenly stopped running in the middle of a busy road and caused quite an inconvenience to the other drivers. Instead of staying in his lorry, he stood behind his vehicle and bowed to apologise to everyone passing by. This heartwarming incident is believed to have taken place in Johor on 16th May. 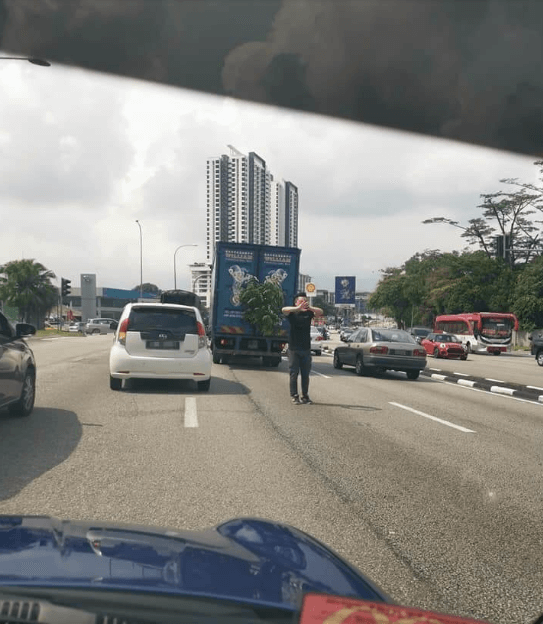 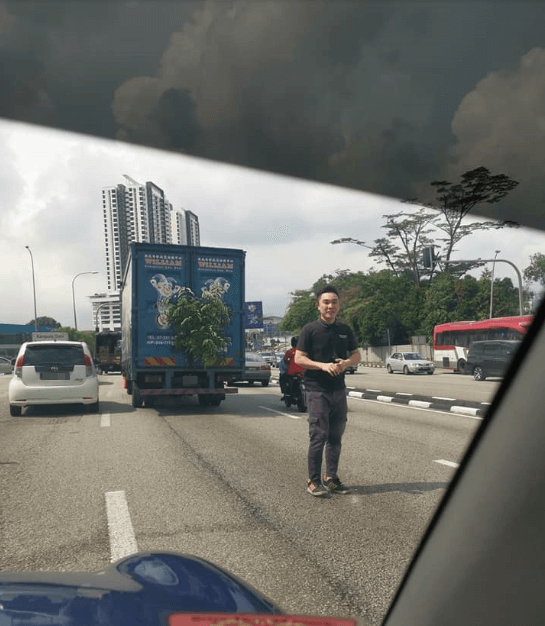 One of the road users who was inspired by this man’s manners shared it on Facebook. Here’s the brief translation of the post.

“His lorry got stalled in front of a traffic light on a busy road and had caused a traffic jam. This young man then stood behind his lorry and bowed to the other road users.

“His action has helped in defusing the anger in the other drivers. It wasn’t his fault the lorry stopped working anyway.”

After the post went viral online, several netizens who were stuck in the jam too shared their observations. Apparently, the man not only bowed to everyone, he even directed those who were in the middle lane to the left and right lanes. How thoughtful was that!

Netizens also found out that he works at a company called William Exhibition Sdn Bhd, and that he’s taken. Sorry ladies! 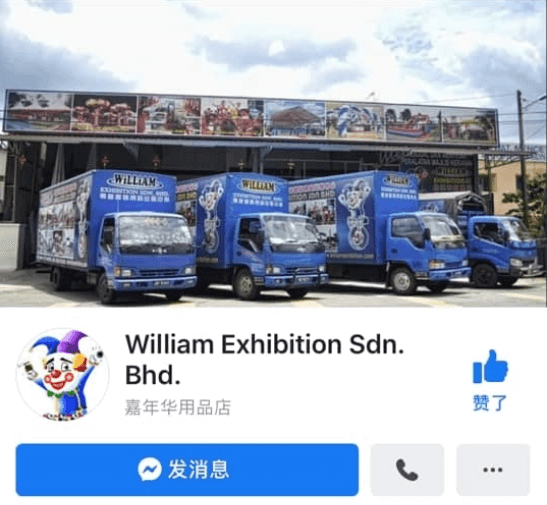 Anyway, this man is certainly one of the most polite road users we’ve ever seen. Honestly, Malaysians could really take a page from this man’s book seeing just how frequent road bullying cases go viral on social media. 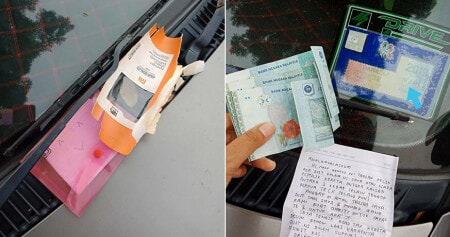