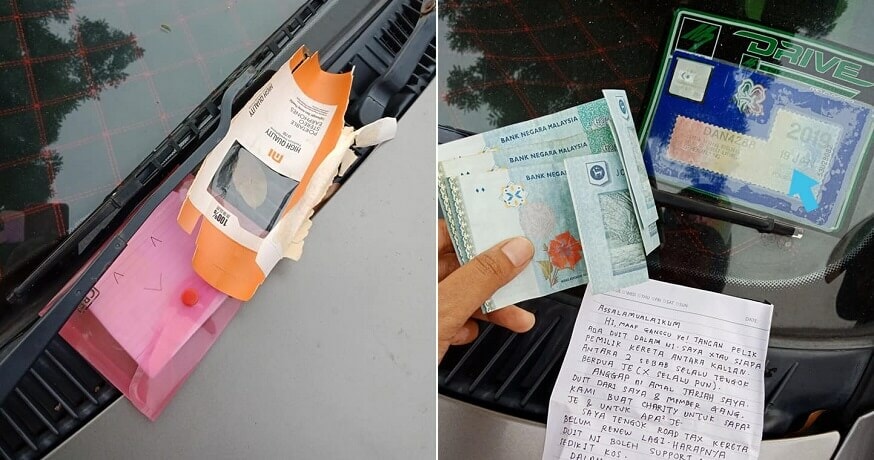 According to a Facebook post, a woman by the name of Nur Aqeela unexpectedly received RM150 from a stranger that noticed her road tax had expired. 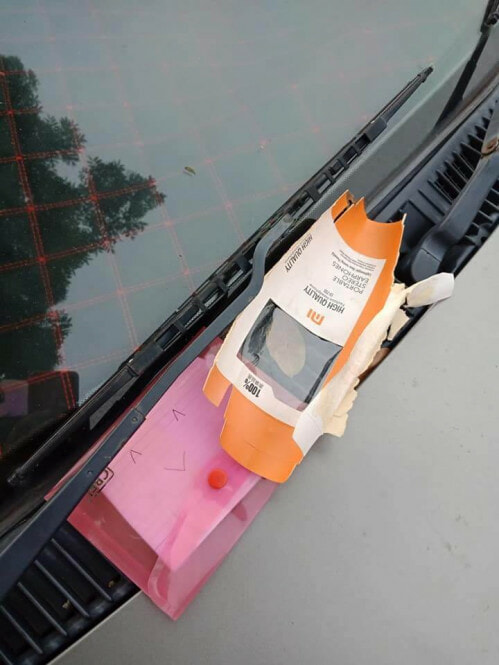 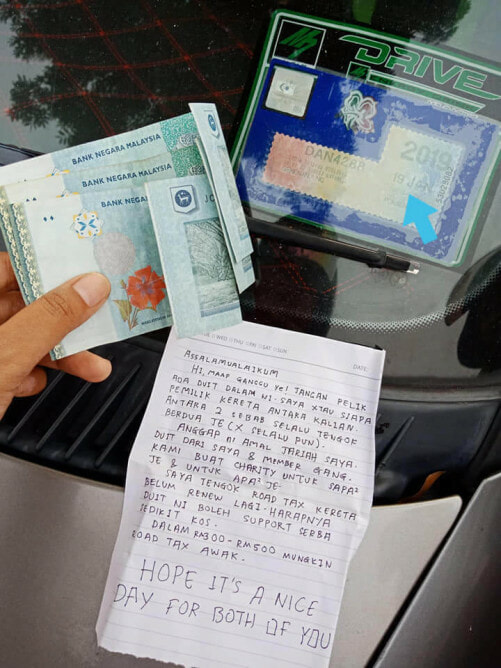 According to her post, Aqeela said that her road tax had expired since January 19th. She hasn’t been using her car recently as her car had problems starting up and was definitely due for a repair. Besides that, she also had other means of getting around.

One day, as she was coming back from work, she wanted to start her car’s engine and get it running again. However, as she got into the car, she noticed that there was a lot of “rubbish” left on her windscreen. She initially said,

“Who is this person that just loves to throw rubbish on my car?”

As she was clearing it out, she noticed that there was a suspicious-looking pink plastic envelope that was left on the car. After asking her friend to open it, Aqeela was left speechless as she saw three folded RM50 notes inside the envelope with a letter attached to it. 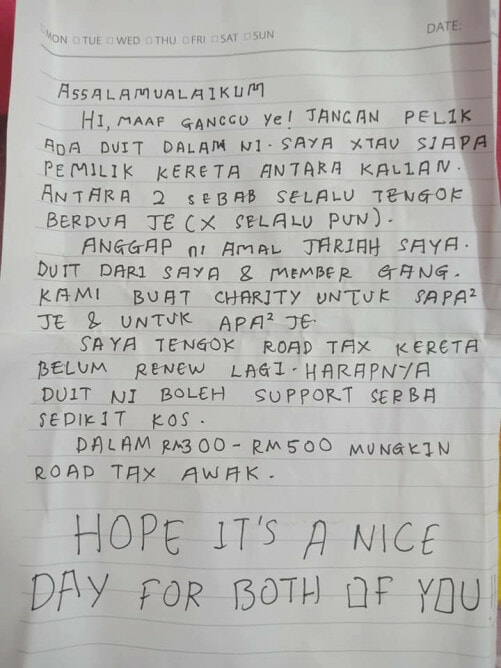 This is a brief translation of the letter:

“Hi, I’m sorry to disturb you. Don’t be freaked out at the fact that there is money inside. I don’t know who owns this car, but just consider this as a form of charity. My friends and I gathered this money and wanted to do something charitable to a random person who needed it.”

“I noticed that your road tax hasn’t been renewed yet. Hopefully, this amount can help reduce the cost for you. It should cost between RM300 to RM500 for your renewal.”

Aqeela mentioned that she was stunned by this experience and that she didn’t expect that people would be this generous. As she was extremely touched by the stranger’s generosity, she wrote a letter back, thanking the stranger for his kind deed. 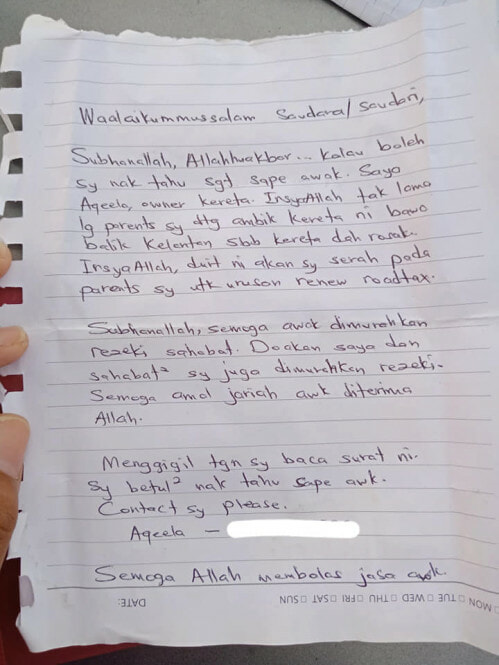 In the letter, she explained how she had to give the car back to her parents as it wasn’t in the best condition. She also assured the stranger that the RM150 will still be used to renew the car’s road tax. Aqeela ended the letter by saying,

“I wish that your generous actions will be recognised by Allah.”

“May Allah bless your soul.”

To the generous stranger, if you want to help me renew my road tax too, I think we can work something out. Maybe you can send me a Tax (text)? All jokes aside, if you know any good stories of people’s generosity, do share them in the comments section below! 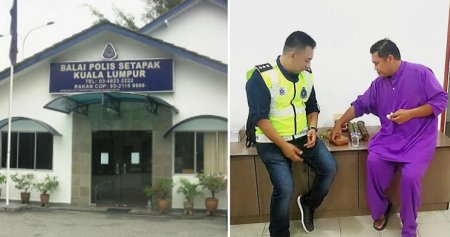