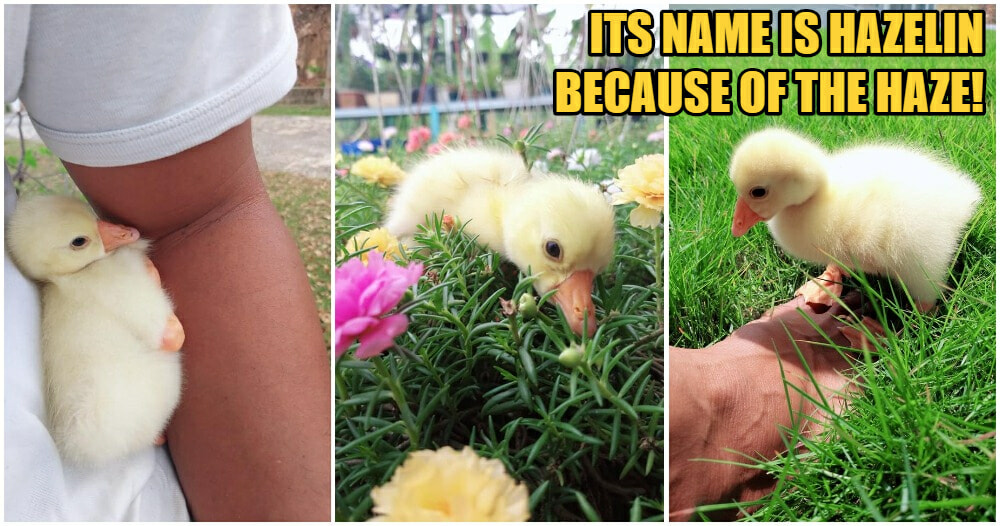 This is the story of a baby goose (a gosling, but not Ryan) and how a pak cik became its mother!

So it starts off like this – once upon a time, there lived a man with his family in a farm located in Kajang. One day, they found out that their goose had laid an egg, but it was nowhere to be found. So, it is believed that the goose was eaten by a python.

The man, Mr. Muhammad, then put the lonely egg into an incubator and one day, it hatched! Out came a beautiful, yellow gosling. 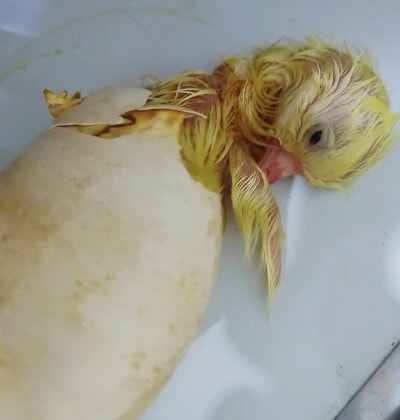 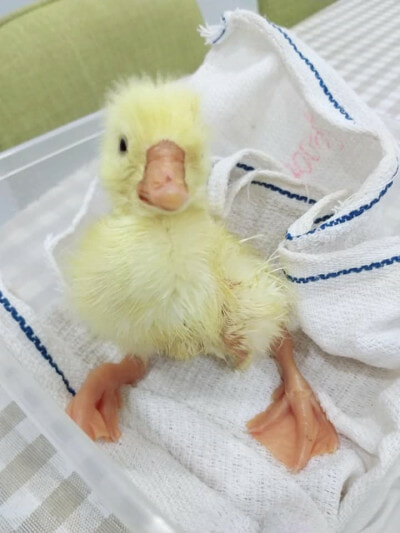 As Mr. Muhammad was the first person that the gosling saw, it imprinted on him! Imprinting refers to a critical period of time early in an animal’s life when it forms attachments and develops a concept of its own identity. It basically means that the gosling thinks that Mr. Muhammad is its mother! 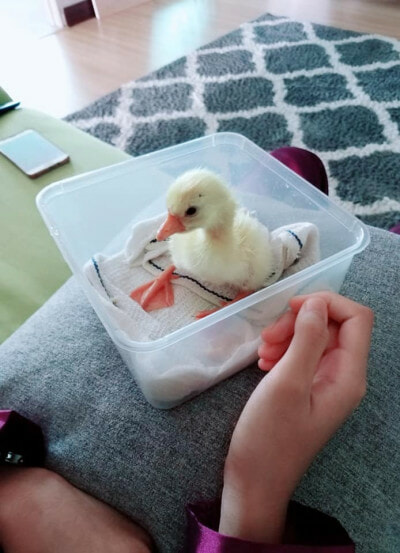 Since the gosling hatched when there was haze, Mr. Muhammad and his family named it Hazelin. 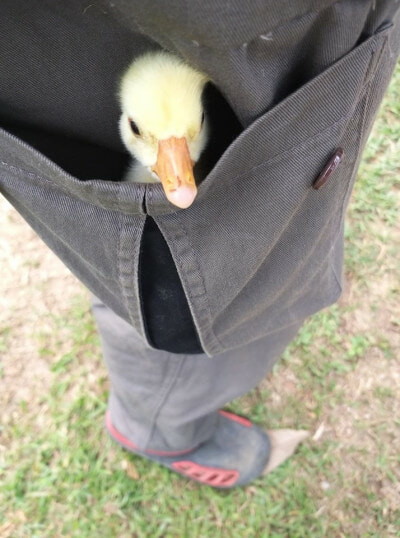 From then on, they went on many adventures together- from reading Whatsapp messages to fashion shows. 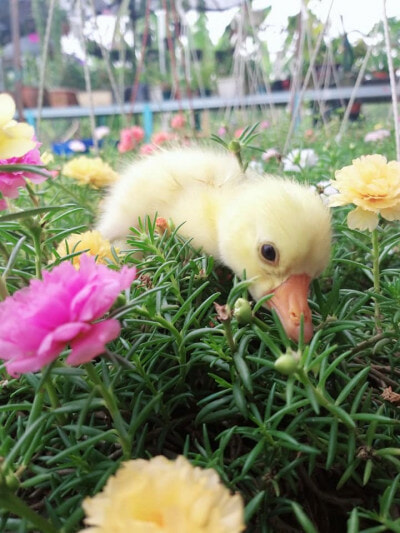 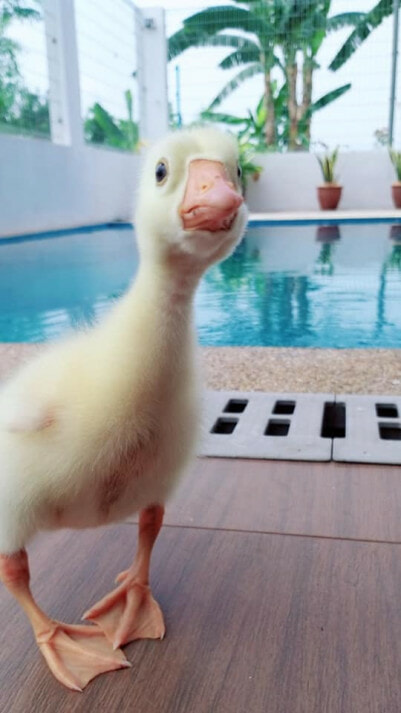 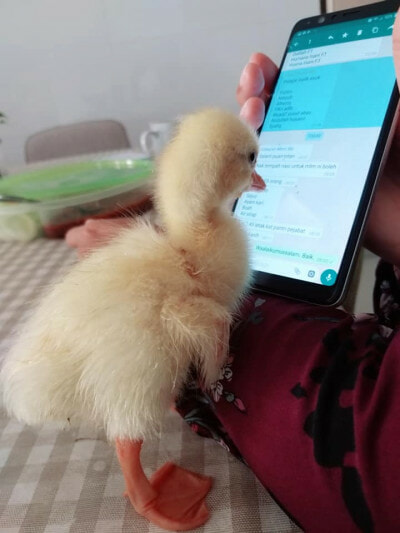 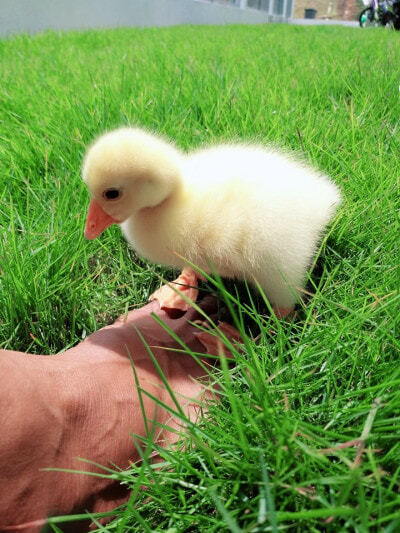 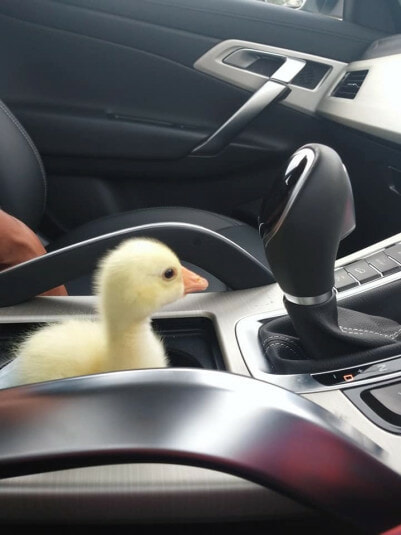 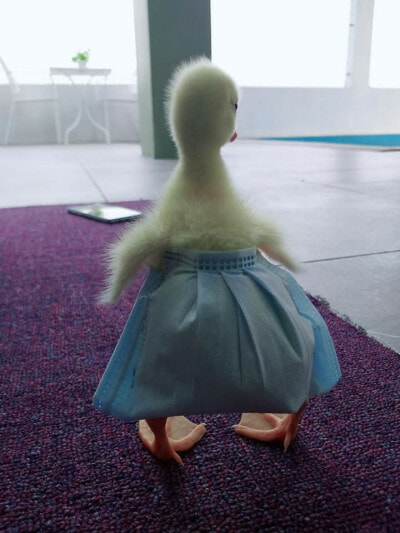 Mr. Muhammad told WORLD OF BUZZ that he is considering opening an account on Instagram for Hazelin, and his 12-year-old daughter will be the one doing all the posting since he’s not as tech-savvy as her! 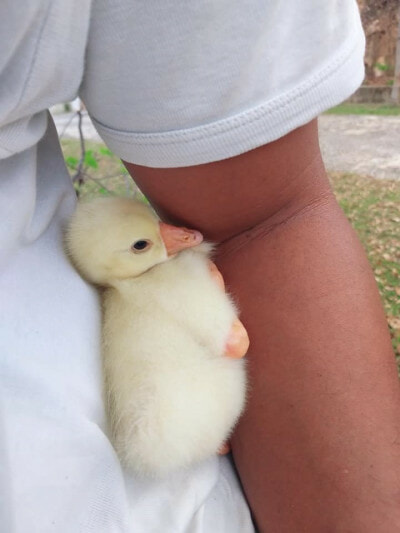 Awwwww, that’s such a cute gosling. We hope that Hazelin will grow up big and strong so that she’ll be able to HONK, HONK, HONK! Hey, it rhymes. Kinda. 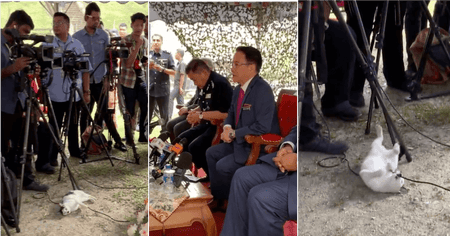