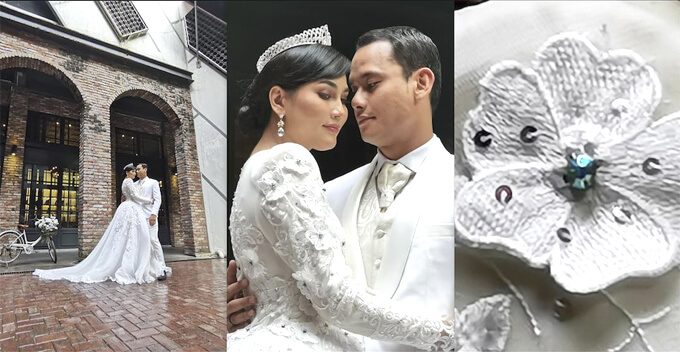 For the past decade, smartphone companies have been aggressively pushing boundaries, especially in terms of camera performance, and Huawei has done it yet again when netizens were seriously impressed by the pre-wedding photos of Malaysian artists, Fasha Sandha and Aidil Aziz.

That’s because the couple’s pre-wedding photos shared on Instagram were actually taken using the soon-to-be-launched Huawei P30 Series model, instead of a full-size DSLR camera. If it weren’t for the hashtag, we wouldn’t have believed it either! The picture collage precisely demonstrated how well the phone camera performed at different angles, from a distant shot to the close-up shot.

Don’t believe us? See it for yourself!

As you can see, all the little details such as the glittering beads on Fasha’s wedding gown were beautifully captured by the smartphone while the colour and contrast of the pictures were well-balanced and accurate as well! In short, the pictures look spectacular! 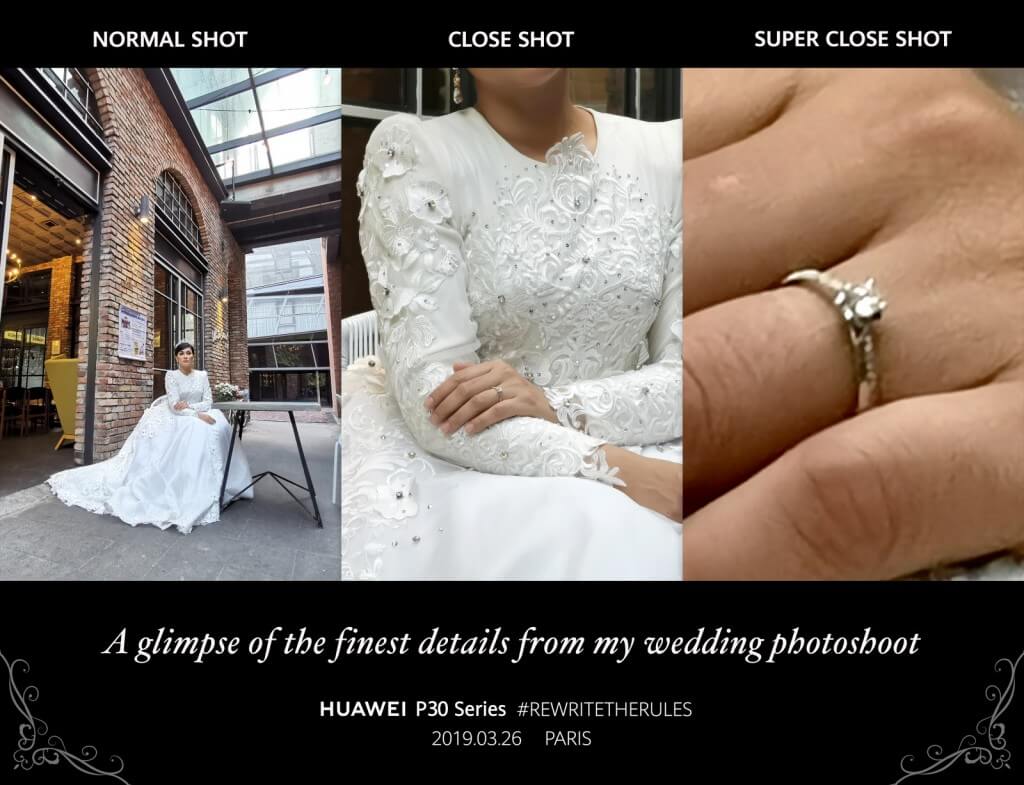 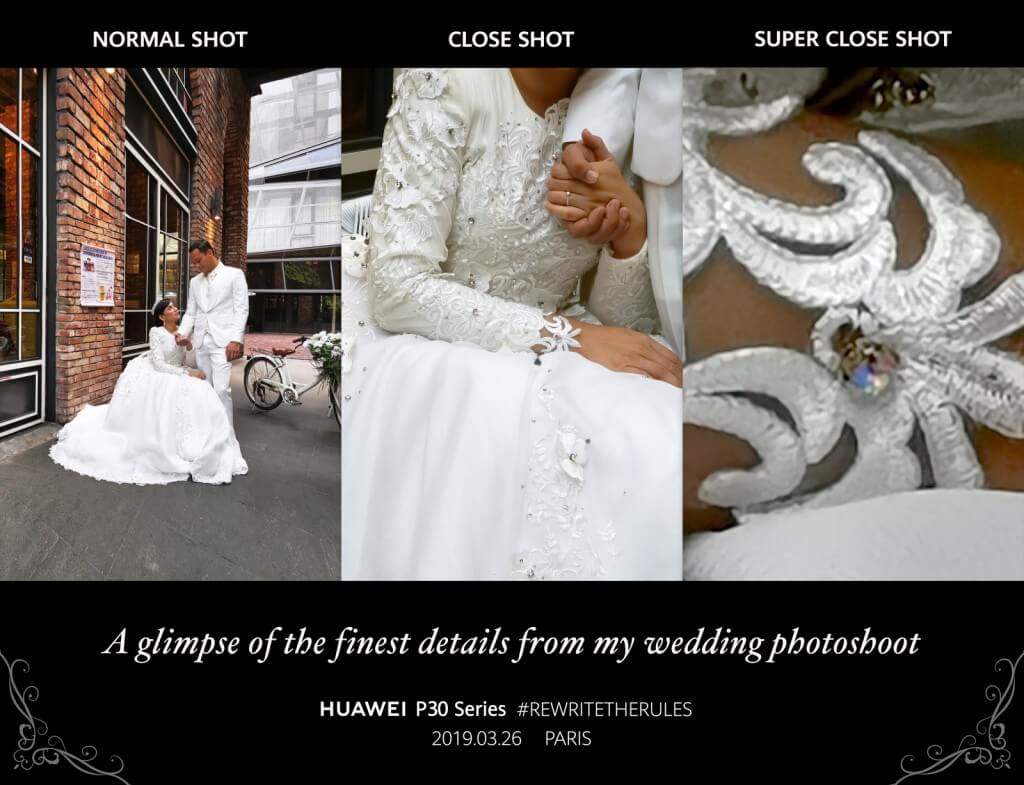 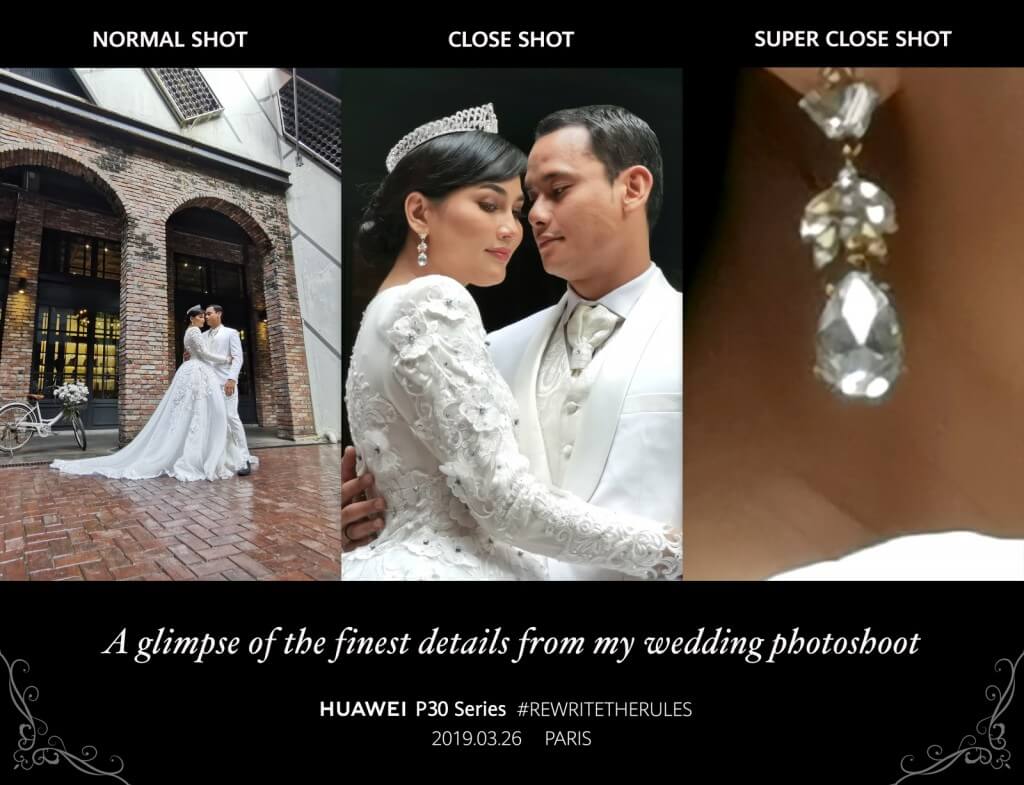 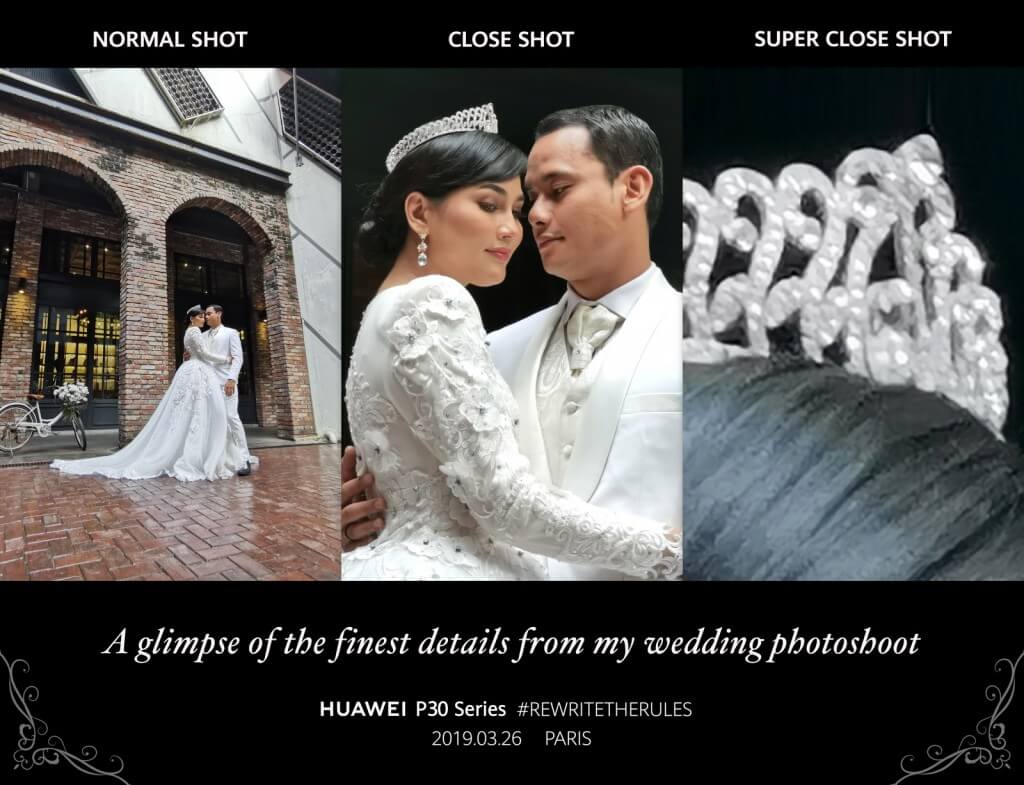 Malaysian netizens were amazed and yet they mentioned that they not super surprised by the picture quality because Huawei has always been known for their top-notch camera performance. Some netizens even joked to do the same for their wedding!

In March 2018, Huawei launched the P20 Pro with the revolutionary three cameras set-up at the rear and the results were simply breath-taking. A few months later, the Huawei Mate 20 Pro was born with the same triple-camera configuration, earning both the models top spots on DxOMark, with 109 points each!

As of now, we only know that the pictures were taken using a Huawei P30 Series smartphone but not the exact model. Guess we’ll have to wait for the Huawei P30 Series official launch in Malaysia on 26 March 2019!

In case you’re eyeing for the new P30 Series already, you should know that Huawei is planning to include the 1TB external hard drive as a free bundle so that you can automatically, or manually back up your precious memories and documents!

If you’re interested, you can check out their official site for more info here!

Who else is excited for the newest release? Maybe I should also consider using a smartphone for my wedding! Heh!