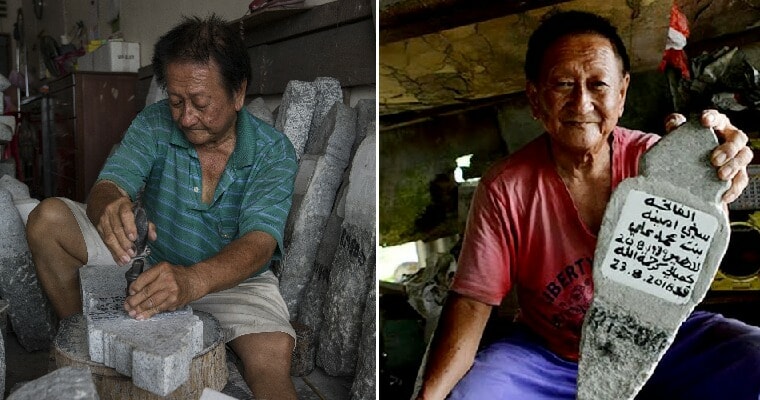 Making headstones is not exactly a common job but for Kuah Leong Chuan, this has been his job for the past 40 years. In fact, he’s probably one of the last granite headstone carvers in the industry to do it the traditional way as there are no successors who want to take over his business. 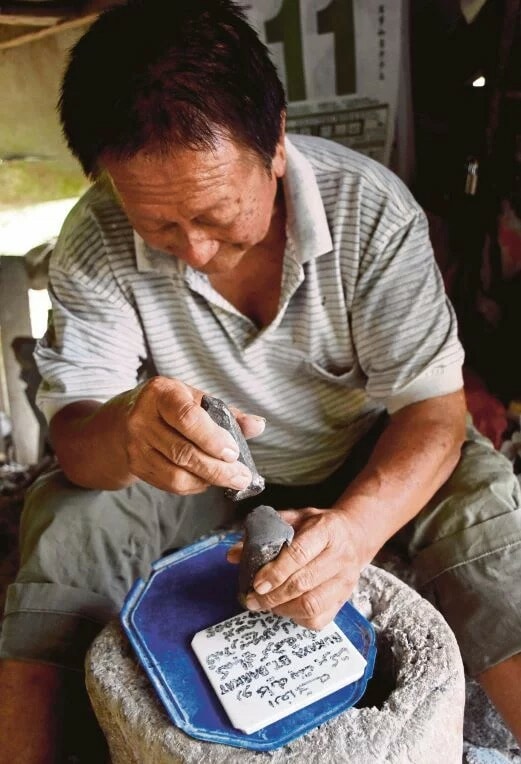 Kuah carves the headstones out of granite he finds by the river using his hands and his tools of choice. The most surprising thing is that for the past decade, his clients have mostly been Muslims, so he has become an expert in carving Jawi. A recent documentary by Malaysia Hari Ini shone the spotlight on Kuah, praising him for his skills.

The 64-year-old who comes from a family of carvers said that he actually learn how to write in Jawi due to his customers, who requested it when they come and purchase the headstones. Bernama also interviewed the fifth-generation carver last year, who said that he learned the trade from his father when he was in his early 20s. 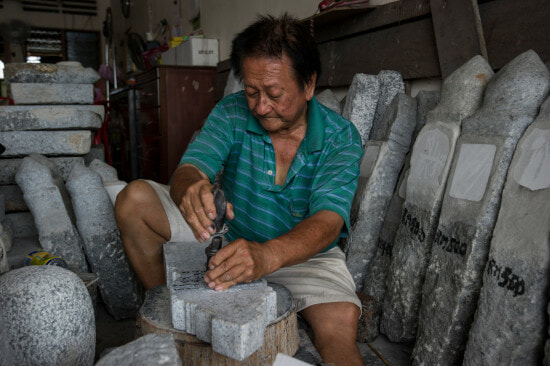 He said that he has carved headstones for all races during his 40 years in the trade but now, most of his business comes from Muslims. He doesn’t really have a store, instead, his “workshop” is located under a tree in an old town in Kuala Selangor, near Bukit Melawati.

Every day, he will cycle from his home, which is located near the workshop and will stay open for business from 8am to 6pm. He gets the materials from a dense thicket near his workplace and Kuah will painstakingly cut the rocks down to size using a diamond-tip chisel based on customers’ demands. 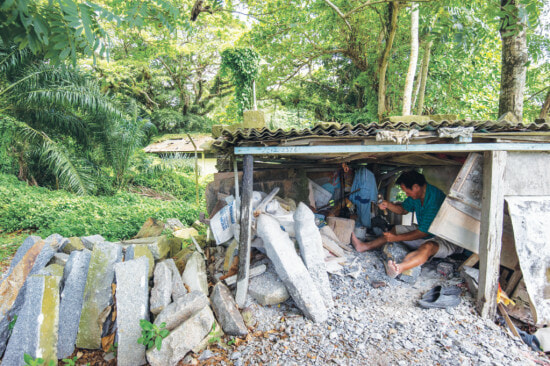 The carving of the requested information is done in another workshop, which takes at least an hour. Kuah said he is a perfectionist and when asked, he said he prefers carving by hand as it provides better results than a machine. Depending on the size, Kuah takes about three days to three weeks to complete one headstone and charges customers RM150 to RM700.

Although he is Chinese, he is actually quite well-versed about Muslim funeral rites. He refuses to carve Quranic verses and bismillah (in the name of Allah) onto the headstones as he doesn’t want to risk exposing God’s name on a tombstone that may be damaged, sat on, or defaced. 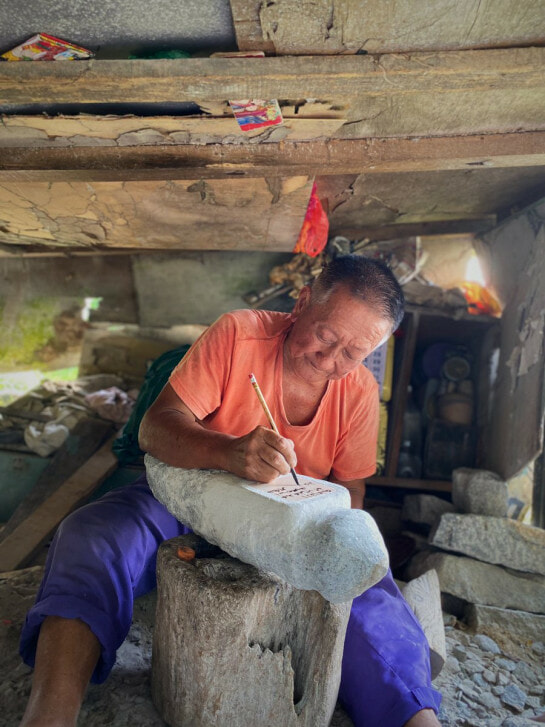 “Furthermore, your religion (Islam) says that headstones are just to mark the grave and should not be anything fancy,” he told Bernama. This art of hand-carving looks like it may die with him as there are no young people who are interested in taking over his business though he doesn’t mind taking on apprentices. He added that his granite headstones can last longer than those mass-produced ones and he doesn’t mind earning less as long as he can earn an honest living.

That’s certainly an awesome job he’s doing! We hope he manages to find an apprentice! 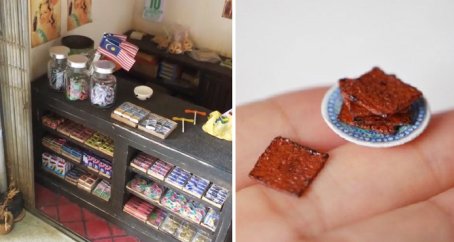