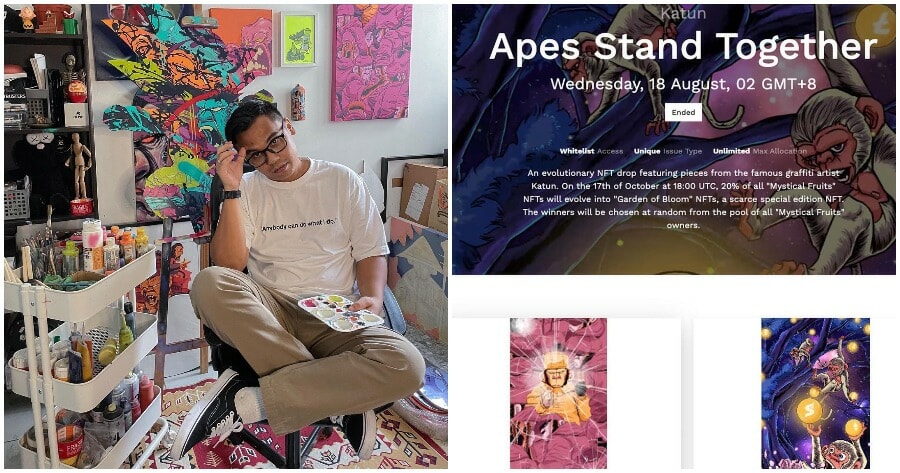 You may not have heard of the name Katun, but we’re sure that you have seen some of his works as he has collaborated with big names such as Marshall, JBL, Oppo, Tealive, Proton, Hua Wei, Sony and notable renowned artists such as Grammy award winners Chris Brown, Dua Lipa and Post Malone! 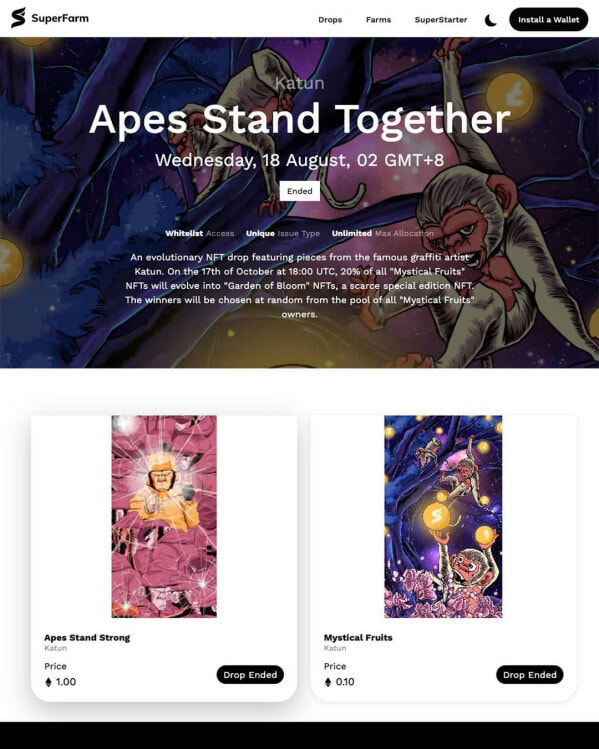 In addition to owning the NFT, all purchasers will also receive a physical and numbered GIclee print of the artwork if it’s held for a period of two months. However, it doesn’t end here. A special one-of-a-kind evolutionary NFT version of “Apes Stand Strong” called “Inferno” will be airdropped to one winner chosen at random for all holders on 18 October at 2am (GMT +8). 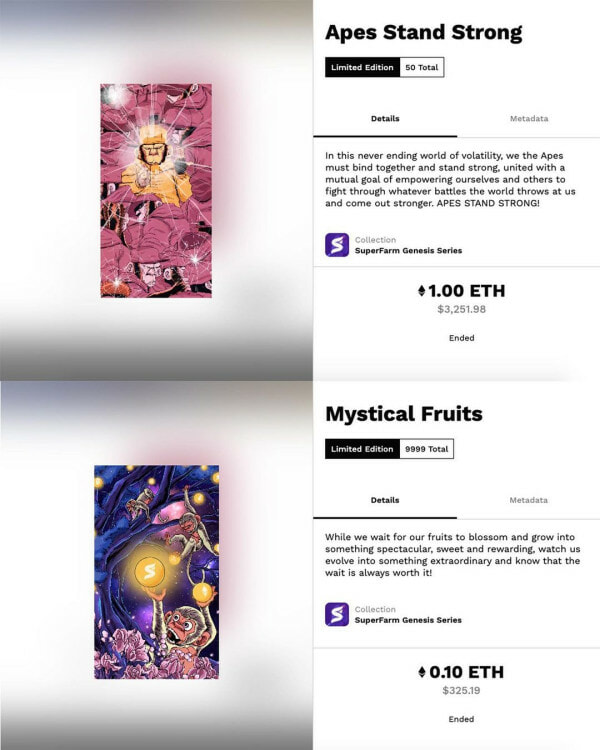 The open edition also has an evolutionary component; on the same day as the Inferno drop, 20% of all “Mystical Fruits” NFT holders will evolve into a scarce special edition called “Garden of Bloom”.

Katun’s earning of RM1,675,000 (USD 401,000) for his first NFT release puts him at the top of the NFT world in Malaysia as a local artist. This is the most expensive batch of NFTs sold in one release in 24 hours by a local Malaysian artist to date!

Resellers in the NFT world are currently selling his limited edition pieces for 1.99 ETH, almost two times its original listing price on other platforms such as opensea — a globally renowned popular NFT site. 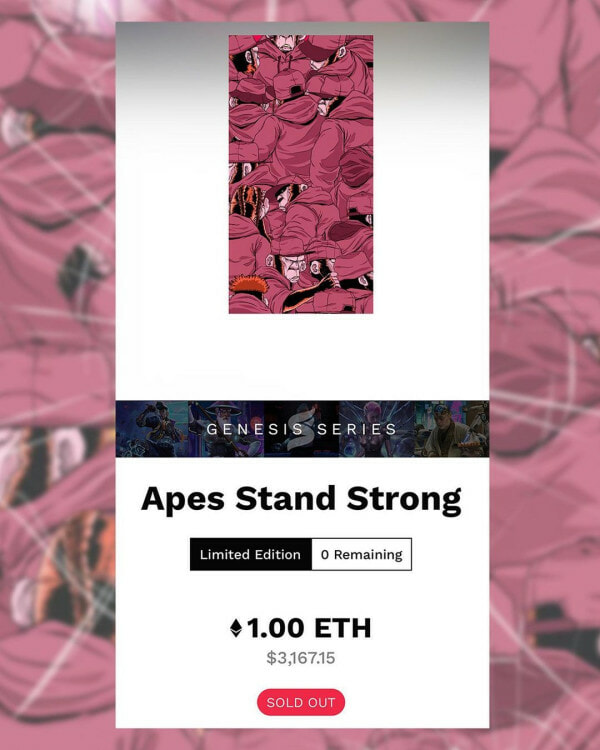 We’re so happy for Katun for accomplishing such great feats with his art! Last year, Katun created his very own art collective, 4 Stages — a collective that featured South East Asian artists working together to encapsulate the appreciation of what art is in this region. You can check out his works on his Instagram page here! 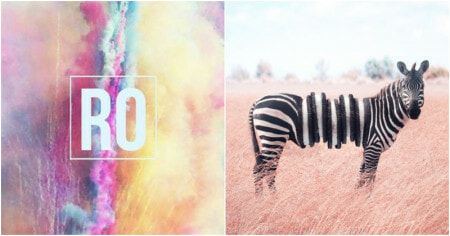