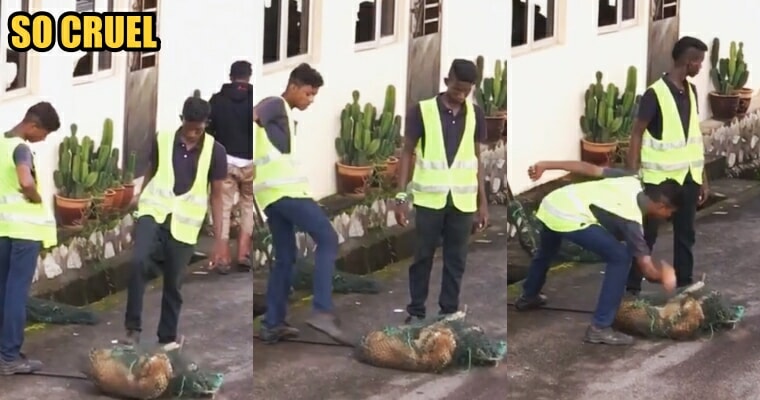 A few Seremban Municipal Council dogcatchers were found abusing a stray dog in a recorded video, and this incident definitely made our blood boil!

According to Sin Chew Daily, the aforementioned video was uploaded onto a Seremban Facebook group, warning residents to watch their pet dogs closely. In the video, it could be seen that the dogcatchers had captured a stray with a net, however, they didn’t proceed to place the dog onto their van. Instead, two of the dogcatchers began hitting and kicking the brown canine when the poor creature was obviously pinned down and defenceless. 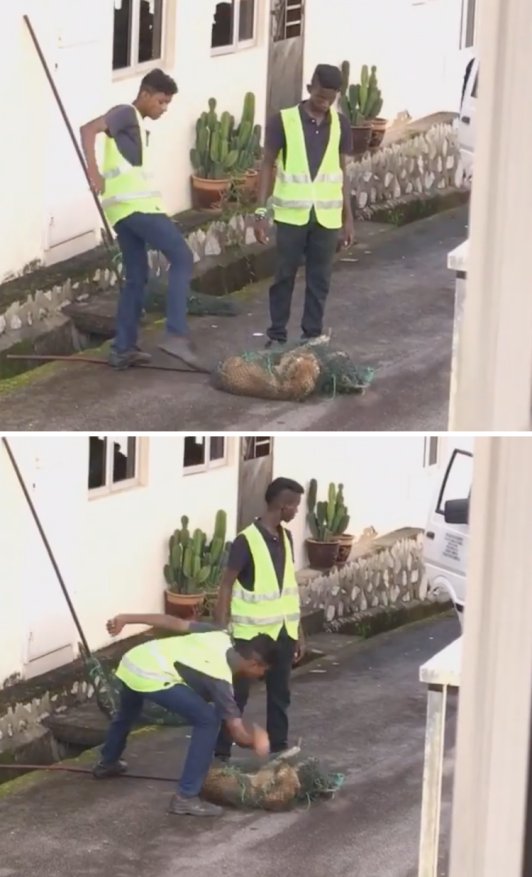 Even when the stray struggled to escape, it couldn’t fight against both men as we assume that it was too frightened at that moment. Just as we thought the horror ended, the van driver sped the vehicle and braked abruptly (in a small alley), which to us, it seemed like they were jokingly trying to run over the dog.

A Seremban Municipal Council member, Ho Weng Wah, explained that dogcatcher should follow rules and regulations, and no one is allowed to bully and abuse the animals. The municipal council has apparently warned the dogcatchers about this issue several times. He also mentioned that a municipal council officer should always be present during the dog-catching process, however, no officers could be seen in the recorded video.

It’s unclear if any officer was there at the scene, so Mr Ho had already requested to clarify with the city council on this matter.

Mr Ho suggested that if anyone happens to see dogcatchers abusing strays, they must record video and lodge a police report. He also urged the public to make reports to the Malaysian Veterinary Council, so that appropriate actions can be taken.

We are so mad to see how inhumane dogcatchers can be. What’s worse is that this kind of cruelty is not uncommon in Malaysia! 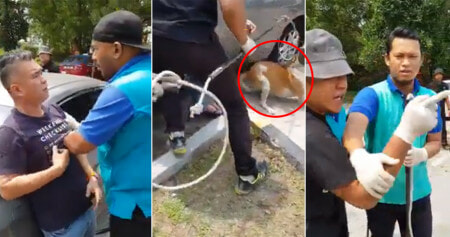