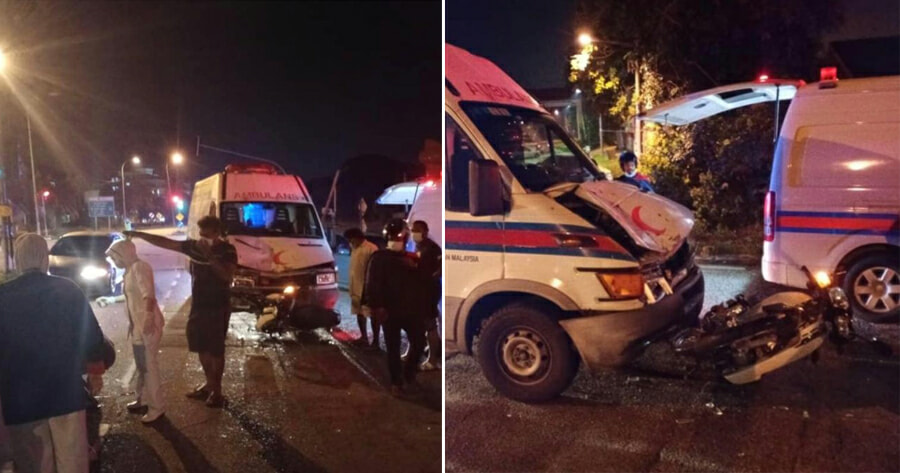 A 37-year-old motorcyclist crashed into an ambulance after beating a red light in the Hulu Selangor district and suffered injuries in his head and right leg.

According to Hulu Selangor District Police Chief, Superintendent Arsad Kamaruddin, a police report was made regarding the accident that took place at about 8pm on 20 June near a petrol station in Serendah. 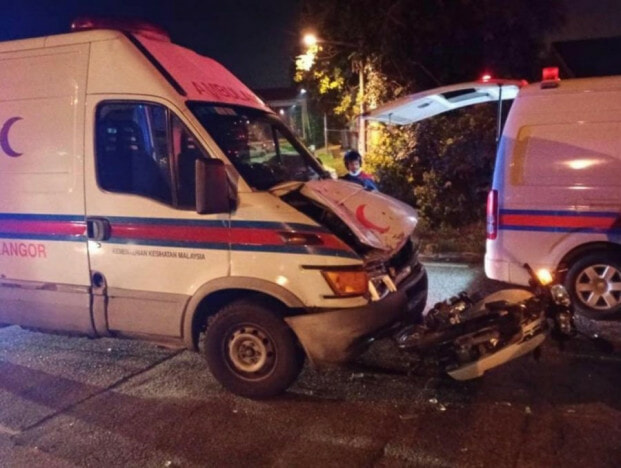 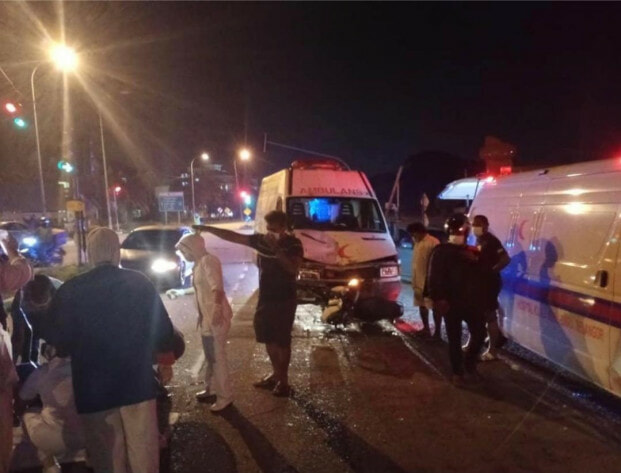 He said that the ambulance driver and two medical Kuala Kubu Bharu medical assistants were on their way from Selayang Hospital to their workplace, reported Sinar Harian.

Upon arriving at the location of the accident, the ambulance continued moving as the traffic light was green on its lane. However, the motorcycle suddenly came out of the junction and the ambulance couldn’t avoid the vehicle in time, which led to the collision. 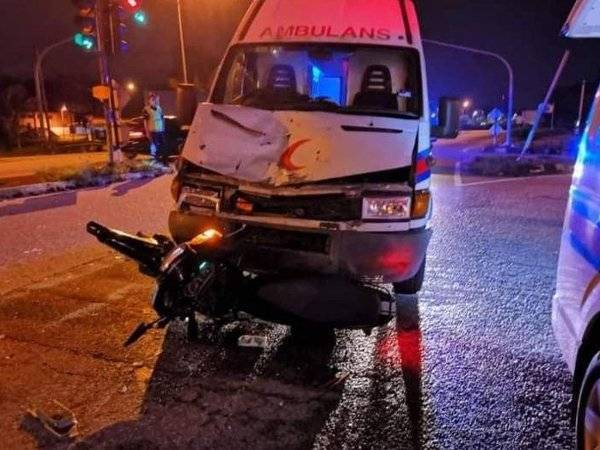 The motorcyclist who suffered injuries in his head and leg was taken to Selayang Hospital for treatment while the case is being investigated under Section 43(1) of the Road Transport Act 1987.

Arsad Kamaruddin urged members of the public who have further information about the incident to contact the nearest police station to assist in investigations. 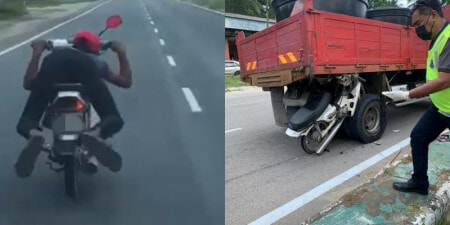