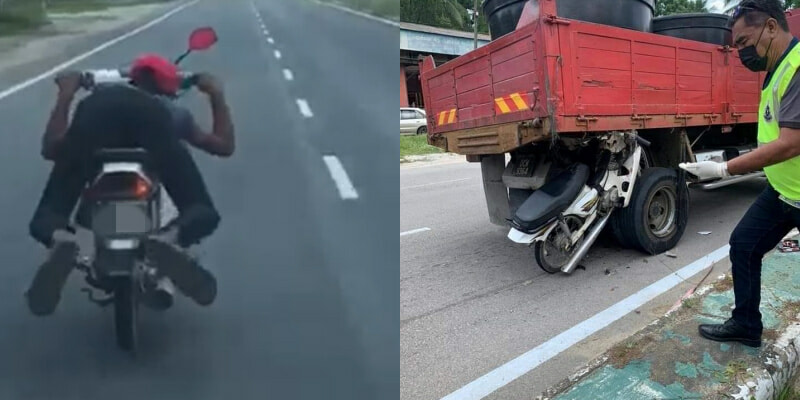 Rempits simply cannot get it through their heads that riding dangerously will bring more harm than good.

Caught on tape, a rempit performing a ‘superman’ on his motorbike collided with a lorry performing a u-turn in front of the Masjid Bandar Satelit, Pasir Tumboh junction.

The rider unfortunately died because of injuries sustained during the collision. Here is a video of the victim, before he collided with the lorry in Kelantan.

Riding dangerously and without a helmet, the victim clearly disregards the safety of others and himself.

Swerving left and right, the lady recording the video can be heard screaming, as the dangerous stunt almost caused the rider to stumble.

According to the Pasir Tumboh Fire and Rescue Department Chief Taraff Mohd Bin Zachariah, the victim was lodged at the rear tire of the lorry, and died because of a blow to the head. 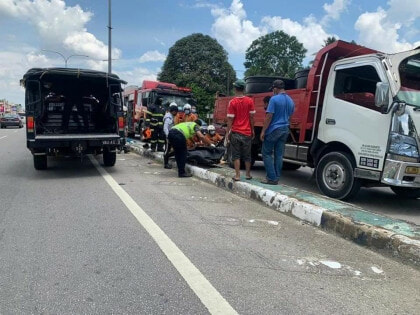 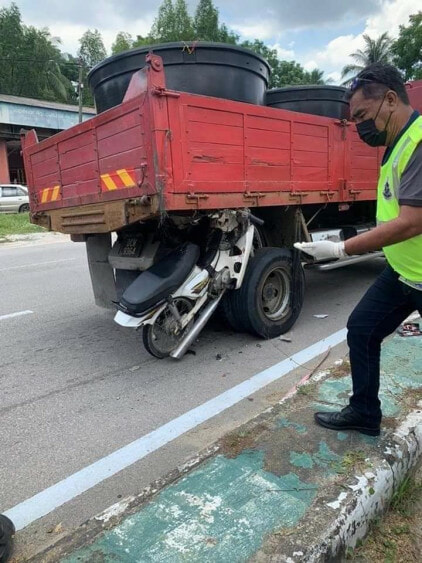 Let’s hope that incidences like this do not repeat itself in the future.

Look guys, it is really that simple, always remember the essentials and drive/ride safely on the road. 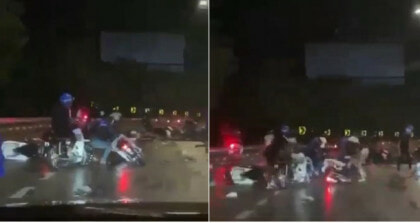