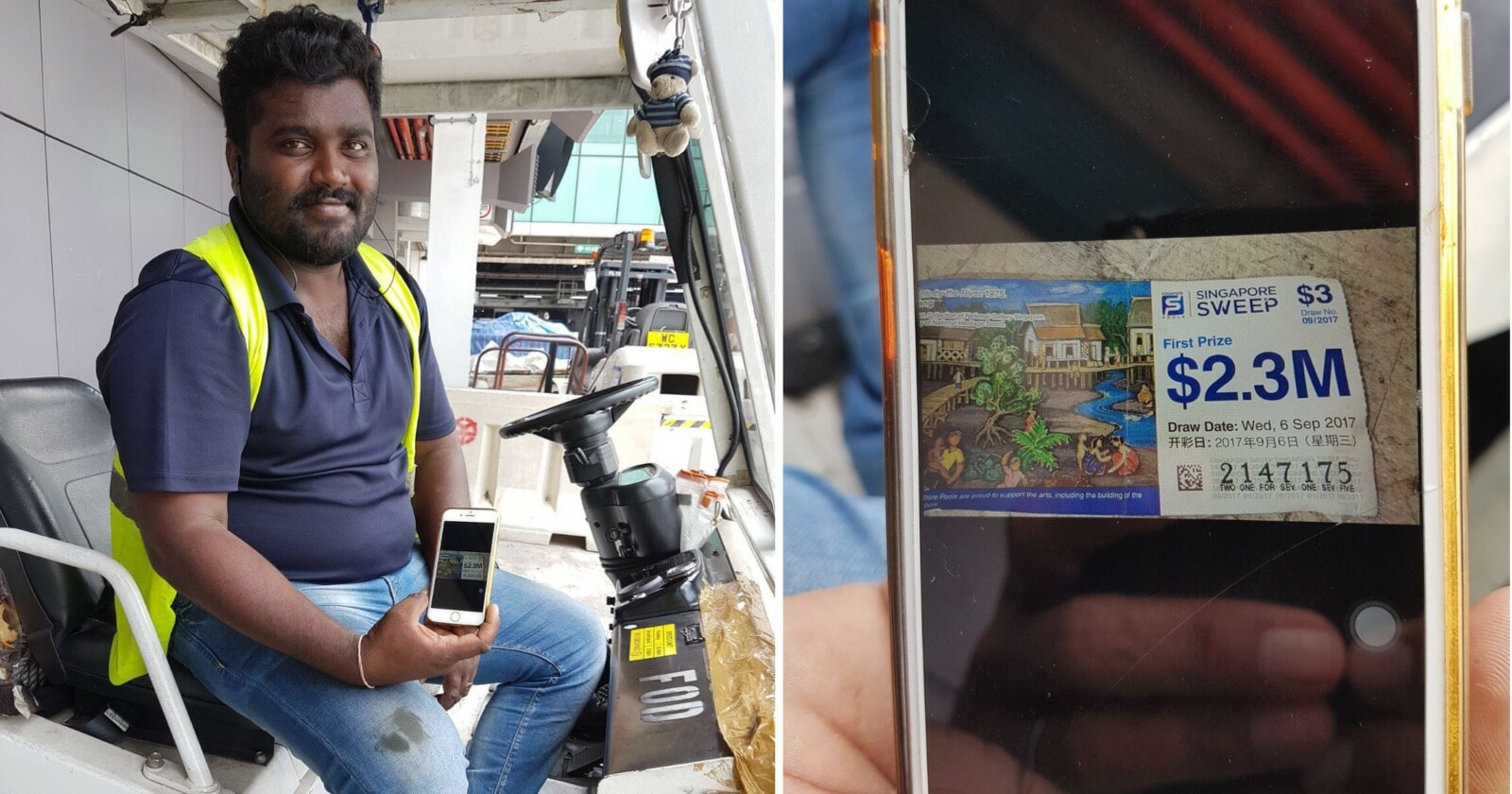 If you (or your parents) are avid purchasers of Sports Toto, then you’ll know that the possibility of hitting the jackpot is pretty slim, despite efforts of increasing your winning chances by buying more or a higher value.

However, for this migrant worker from Singapore, luck seems to be on his side as he has just won himself the first prize of SGD$2.3 million (approx. RM7.2 million) in a Singapore Pools lottery this month, the Independent reported. 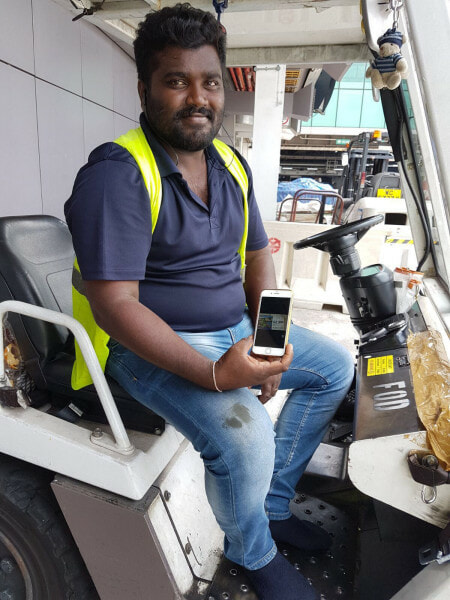 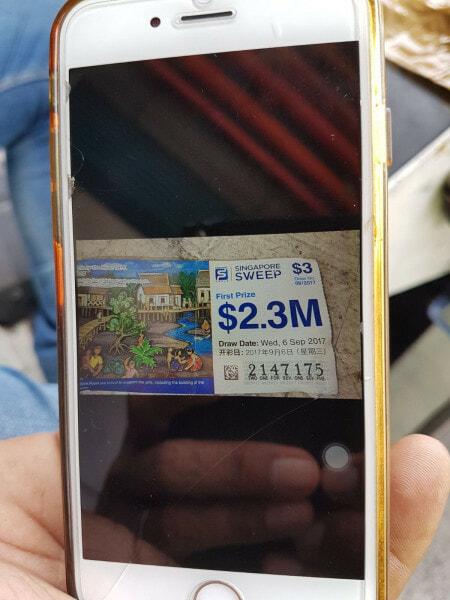 News of this surfaced recently thanks to a Facebook post that’s gone viral as it features a series of photos showing the lucky winner, Karuppaiah Gobinath who is an Indian national, smiling as he poses with his winning lottery ticket, which he reportedly drew on September 6 for only SGD$3 (approx. RM9).

Other photos depicted shots of the lottery ticket, Karruppaiah posing with a Chinese man, and a cheque issued by UOB bank on September 13. 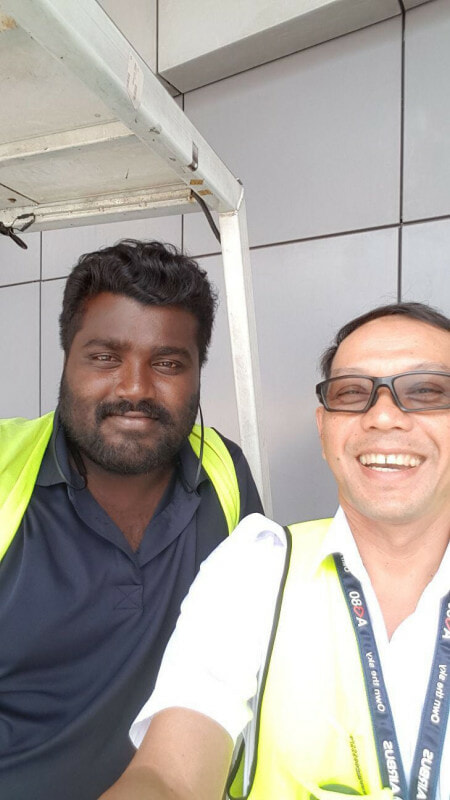 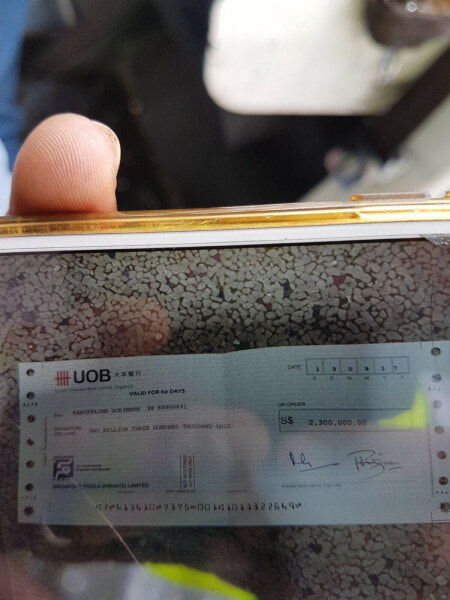 We wonder what he plans on doing with that hefty sum!

Now, the last time a foreign worker got equally lucky at a Singapore Sweep lottery was back in 2015 when a Filipino domestic helper employed by a family in Pasir Ris allegedly scored the same first prize amount of SGD$2.3 million (approx. RM7.2 million). However, she was later accused of stealing the winning ticket! Potong stim wei! 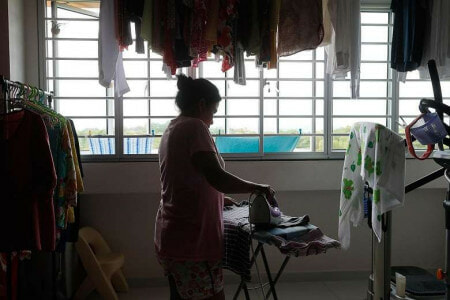 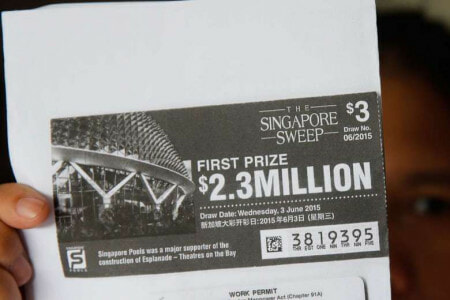 Thankfully, she was cleared of the allegations; even her employers believed that she wouldn’t commit such a crime! As such, she was able to claim her prize and also continued working for her employers, who said that she sent a portion of the prize money to her kids residing in the Philippines.

Well, we certainly don’t encourage gambling but if you want try your luck at this Singapore Sweep lottery, you can follow the super duper easy instructions on their website.

As for Karuppaiah, we’re sure he’ll put the money to good use and live a little more comfortably now! 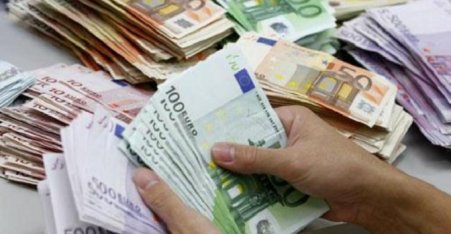