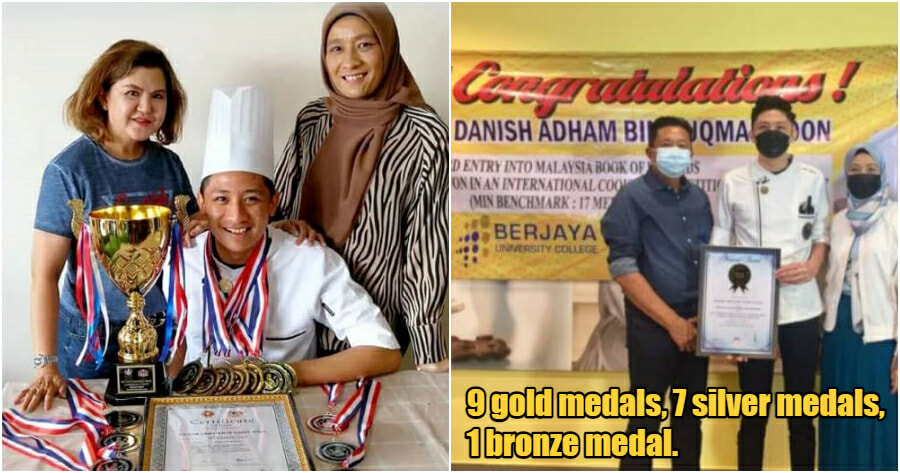 Just imagine being able to do something you enjoy on a daily basis. And the best part of it? Your talents and passion get you awarded!

That was what happened to Danish Adham Nuqman Soon recently where his passion for culinary has led him to become the recipient of the Malaysia Book of Records. At only 19 years of age, he is to date the youngest chef to receive the award after single-handedly winning not one, not two, but 17 medals at the 2019 World Chef Championship, as reported by Sinar Harian. 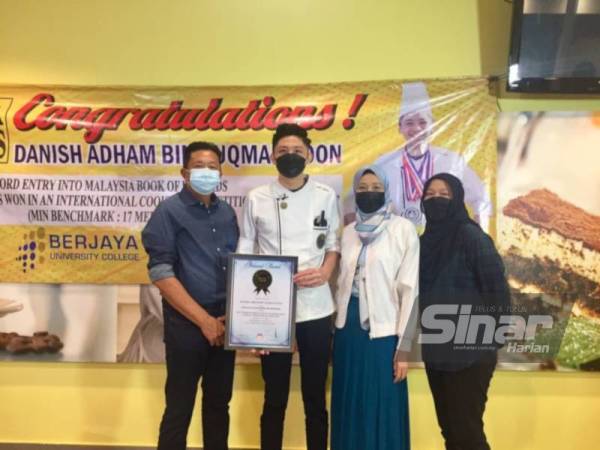 2 years ago, when he was only 17, he was dubbed the winner of the Most Oustanding Hot Cooking Chef, a competition that was held in Alor Setar, Kedah. He was still undergoing his culinary courses in Langkawi Vocational College during his first major victory, where he obtained 7 gold medals, 9 silver medals, and 1 bronze medal in all 17 different categories that he took part in! 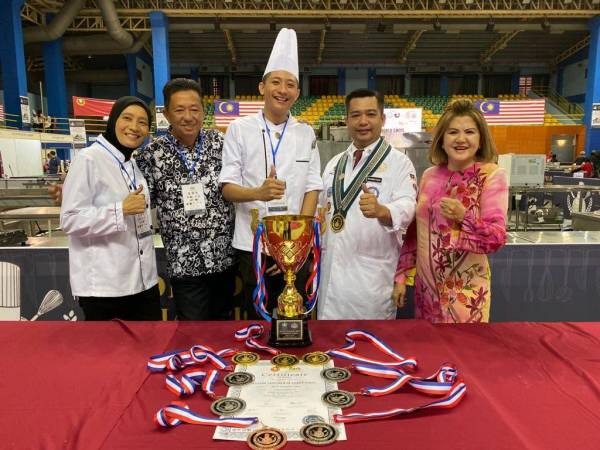 “I was only 17 and my intention was just to gain some experience. I did hope to win the gold medal but I was shocked to win all categories,” he added while also highlighting his gratitude for the success that had made his family proud.

Danish also revealed that his interest was developed during his younger days where he often helped his mother in the kitchen. Little did he know, those tidbits in the kitchen kickstarted his creativity in coming up with his own recipes, and the rest is history. He even dreams to become a celebrity chef one day in the future. 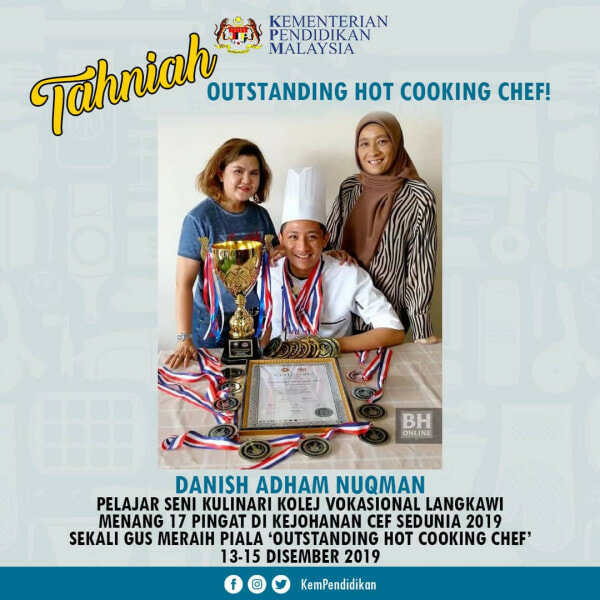 Nurliza Adnan, Danish’s mother, who is 44 this year showed her support towards her son and encouraged him to gain knowledge and experience in the culinary world as much as he can.

“I’ve seen his talent in cooking ever since he was 8. The decision to major in culinary studies is all his, and I have faith he can go places with the skills that he has,” Nurliza said.

Following the end of his study in Langkawi Vocational College, he continued to pursue his study in the same field in Berjaya University College, the same place he received his award from the Malaysia Book of Records yesterday (31 October).

We certainly hope to see Danish on the screen someday showcasing his talents! 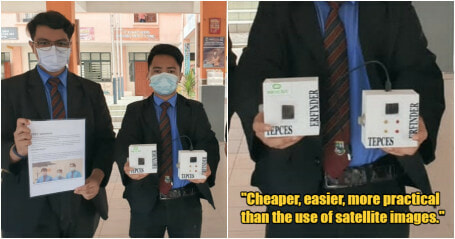