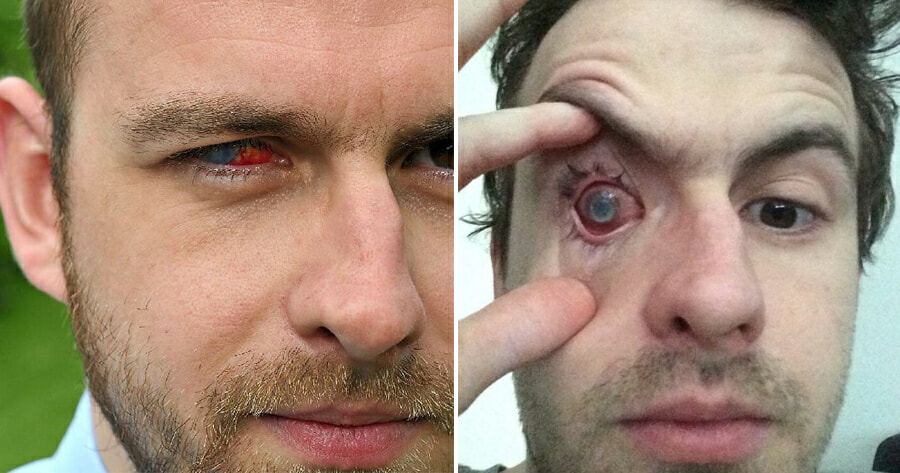 Oh no, this does not look good!

An athlete from Shrewsbury, Shropshire in England went blind after his contact lenses caused him to develop an infection in his right cornea, reported Metro News.

Nick Humphreys, 29, started wearing glasses when he was four but wanted to improve his health picking up sports in 2013, so he switched his eyewear to monthly lenses that cost him about £25 (RM129) each time. Since then, he had been wearing lenses up to five days a week and switched to glasses on other days. 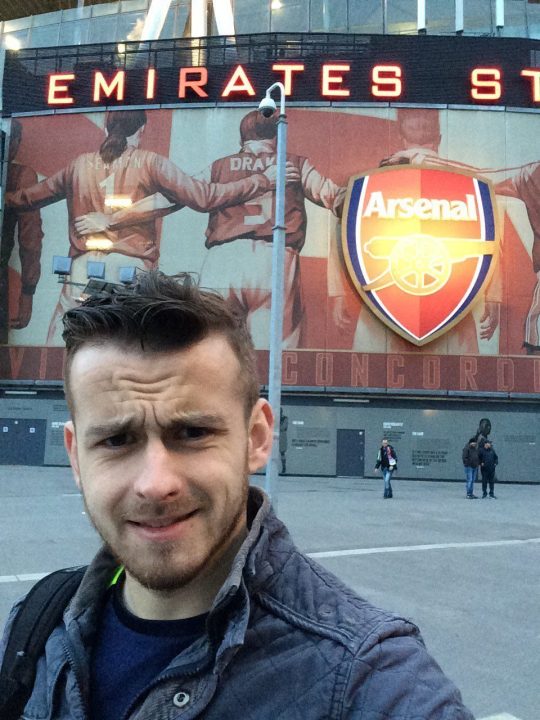 Nick before getting the infection | Source: Metro News

In January 2018, Nick noticed a scratch on his eye when he woke up one morning and realised that he could not see through his right eye properly. He didn’t think much about it and dismissed it as just a scratch from putting his lenses in. However, his eyesight worsened throughout the week, after which he went to the optician who told him that he had developed an ulcer on his eye and referred him to the Royal Shrewsbury Hospital.

Doctors told him that he had contracted Acanthamoeba keratitis (AK), an infection of the cornea caused by a microscopic organism found in water, and this was possible as he had showered while wearing his contact lenses on countless occasions. 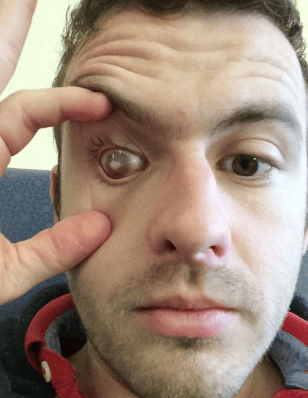 “On a standard morning I’d wake up, pop my lenses in and head to the gym before work, then I’d jump in the shower before heading to the office,” he shared on Shropshire Star. “I thought nothing of it at the time. I was never told not to wear contact lenses in the shower, there’s no warning on the packaging and my opticians never mentioned a risk.”

“I told the doctor that I’d read a few horror stories about it and asked if I would need to have my eye removed. He just looked at me and said, “That could well be a possibility.” That’s when I realised it was serious,” Nick said.

He was then prescribed disinfectant eye drops for three weeks, which seemed to improve his eyesight. However, in March 2018, Nick was shocked to find that he had gone completely blind in his right eye!

“I was driving to work and my vision completely went in my right eye. I don’t know how I managed not to crash, but it didn’t take me long to realise I needed to get back to the hospital,” he said. 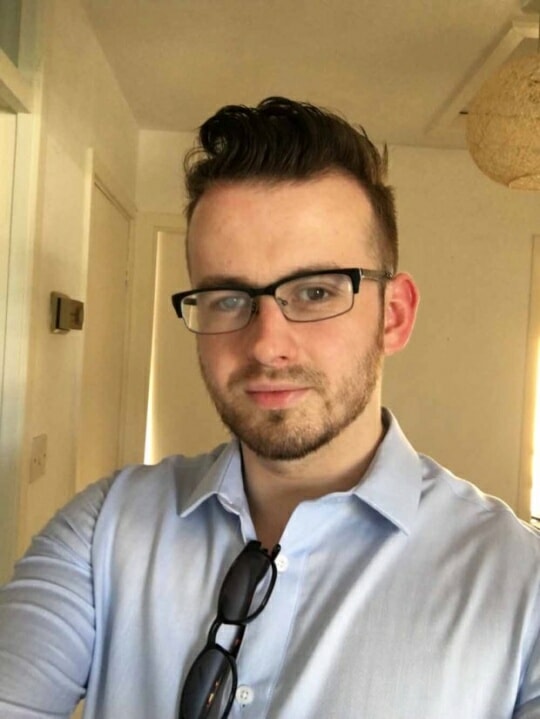 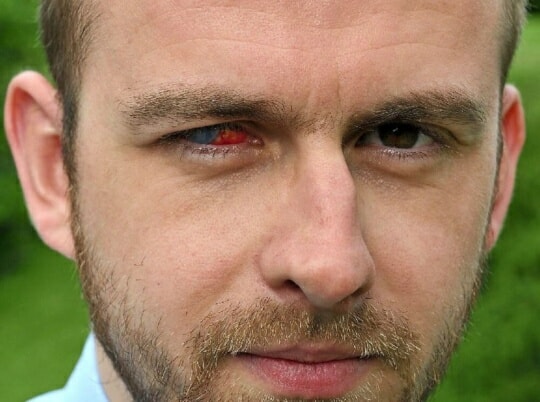 After getting the infection, Nick said that he went from going to the gym almost every day and playing football three times a week, to being “housebound for six months and losing the will to live”.

“I love my job but I physically couldn’t be outside the house. The pain in my eye was too much and the only time I would leave was to visit the hospital. I felt at my absolute lowest and the one thing that would cheer me up – playing football – was no longer an option,” he said.

In July 2018, Nick went for a procedure which managed to remove the infection, but still left him blind in his right eye.

“Obviously, I didn’t want to be blind in my right eye, but at least, knowing the infection had gone, I could start to get my life back on track. I could finally return to work and start to hit the gym,” he said. 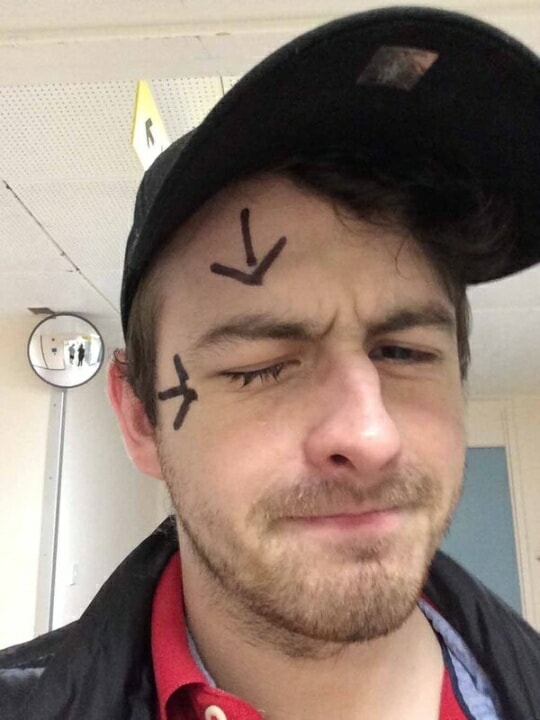 Arrows painted on before surgery, just in case the surgeon forgot which eye | Source: Shropshire Star

Now, Nick has had two operations on his eye and is waiting for a corneal transplant.

“I can honestly say if I’d had the slightest idea that this was even a remote possibility I would never have worn contacts in the first place. It’s crucial that people out there know this is a reality and it can happen because of something as simple as getting in the shower,” he said.

Yikes! For those of you who wear contact lenses, you might want to take them out before showering! Hopefully, Nick will be able to have his eyesight completely restored one day.

Also read: 23yo Malaysian Shares How Wearing Contacts for 10 Years Caused Her Eye to Become Droopy 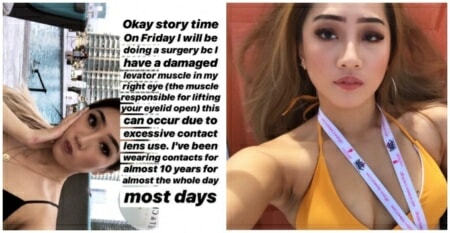