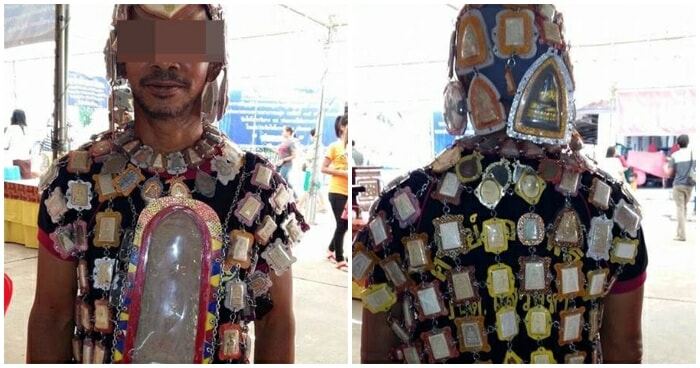 For those among us who have a religion, it’s common to carry some symbol on us, usually as a means of protection or commitment to our faith. Some, like this man from Thailand, showed an extraordinary level of devotion, as he wore religious amulets all over his body like armour.

It appears that the amulets might have given him an unusually strong level of protection, as the moment he took them off, a car accident took his life.

According to China Press, the 58-year-old man named Snom owned many Buddhist amulets. His collection was so extensive that he wore them like a suit of armour and helmet on a daily basis. However, on the fateful day of March 1, he went out without his ‘armour’ and ‘helmet’ for once to drive out to a nearby store. What seemed like an ordinary day for anyone else turned out to be the most tragic day of Snom’s life, as he was suddenly hit by a small truck. The collision rammed the man into the store, who died on the spot. 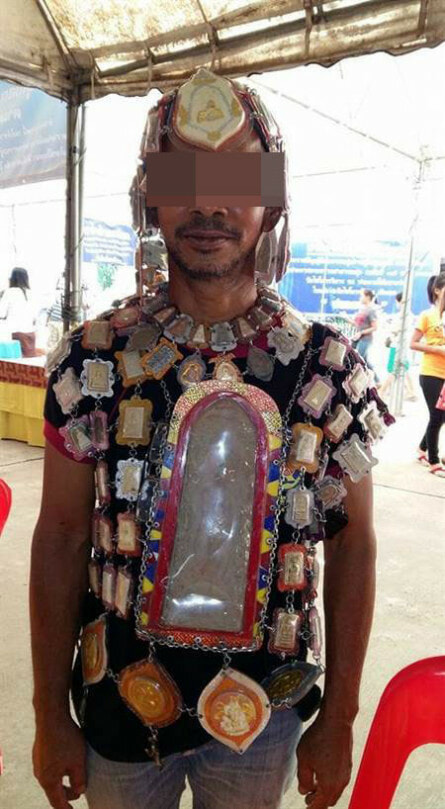 The strong impact of the accident also caused the store’s goods to fall into disarray, and the roof to collapse. At the same time, the roof of the car had also fallen in. A nearby shop owner went over when the crash occurred, only to find Snom’s body, which prompted him to call the police.

Since then, the driver of the small truck has been apprehended, and will be tried in court for causing death by negligence. Prior to his passing, the victim had travelled all over Thailand to collect hundreds of amulets from various temples, and chained them together to form the armour that he was famous for. 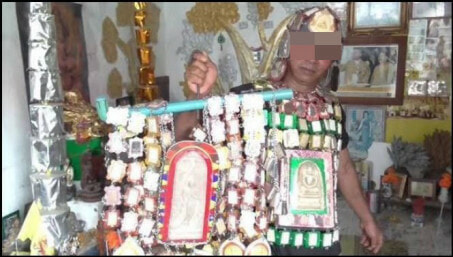 Such is the cruel unpredictability of life. Our thoughts go out to his family during this difficult time. 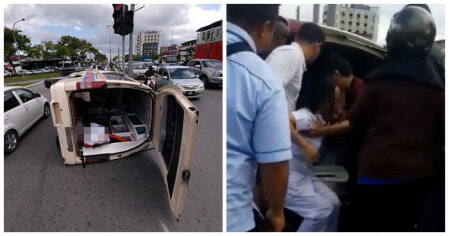