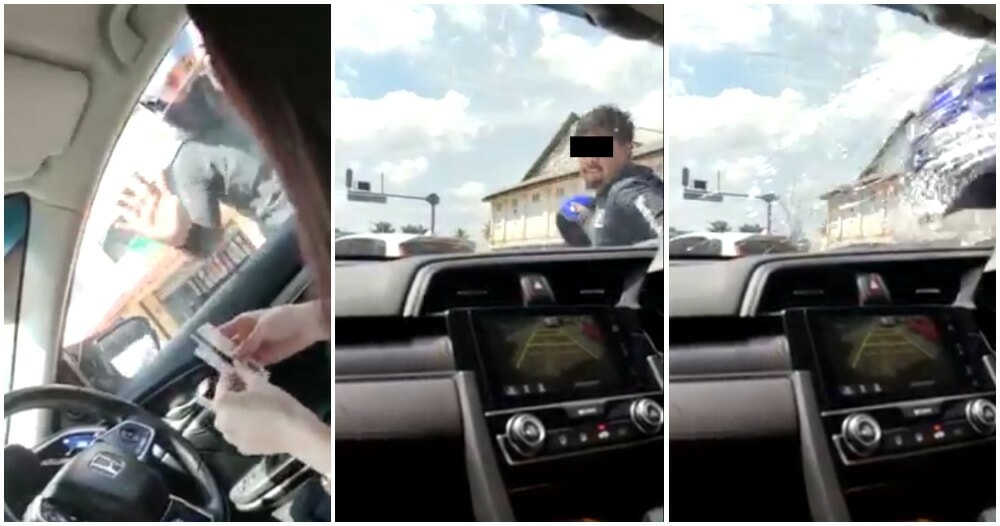 A video has been going viral on social media where a motorcyclist was seen hitting and attempting to break the windshield and windows of a female driver after a minor accident. The 25-year-old motorist had a run-in with the 26-year-old driver which prompted the suspect to get down from his motorcycle and attack the driver’s car. 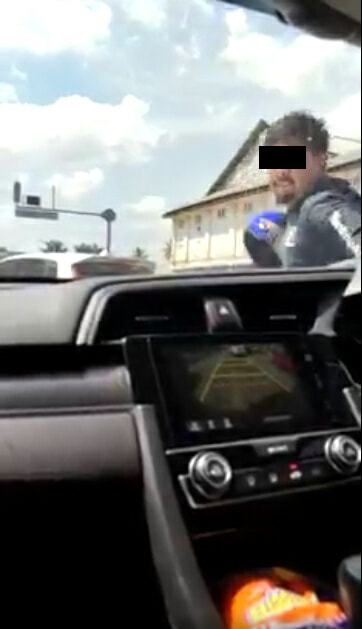 Muar Police Chief, Assistant Commissioner Zaharudin Rasip, confirmed that the motorist has since been arrested and sent to the Sultanah Fatimah Muar Specialist Hospital (HPSF) because he was believed to be suffering from mental problems and is still receiving treatment in the hospital.

“The cause of the incident is believed to be the driving of both parties which led to the suspect acting aggressively and subsequently breaking the victim’s windshield.” 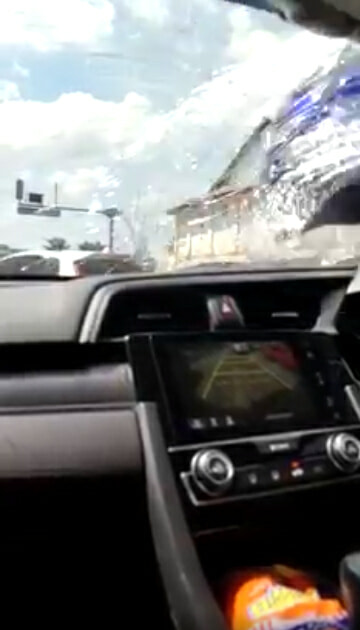 The Assistant Commissioner requested the public to not share the video without knowing the full story which may cause unnecessary public outrage. The victim responded to the video going viral by saying that when she proceeded to lodge a police report, she was allegedly questioned by police officers on why she filmed the suspect despite knowing that he has mental issues which may have exacerbated him.

In the one-minute and 38-second video, the man was seen shouting expletives concerning race at the woman driver. When she rolled up her windows, he yelled for her to get out of the car while proceeding to forcefully open her car door. He then kicked the side mirror of the woman’s car, took out his helmet, and bashed it on her trunk and her windshield. As the driver was frightened, she drove away from the scene to the police station.

WORLD OF BUZZ has reached out to the victim for a statement and is yet to receive a response. 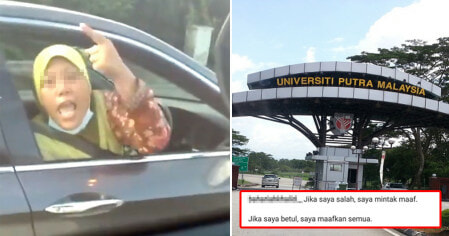