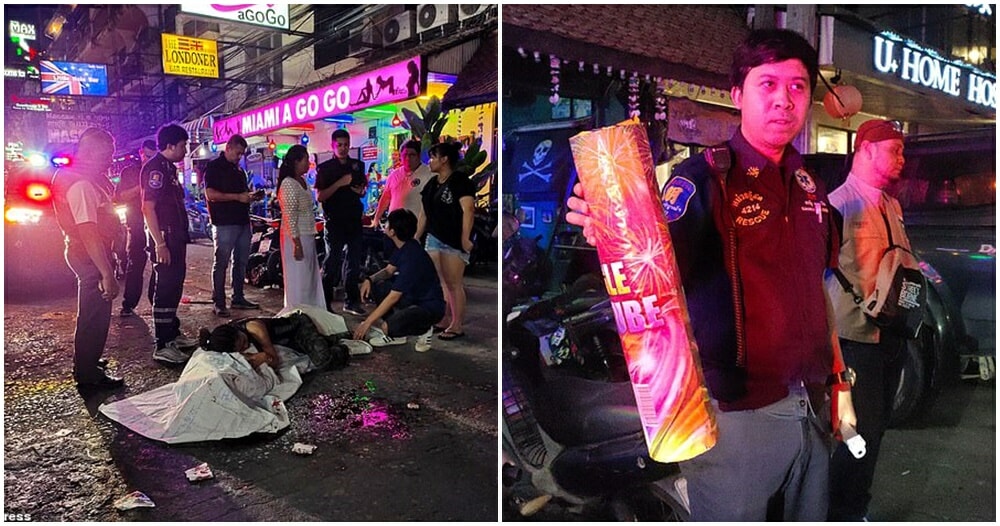 While many look forward to celebrating festive occasions like New Year’s Eve because of the beautiful firework displays that light up the night, we should always be careful about how we use these combustible items. Not paying attention to safety precautions could result in deadly tragedies.

What was supposed to be the joyous celebration of a new decade took a tragic turn for the worse when a man was devastatingly killed after a freak firework accident that ended up exploding in his face at Pattaya, Thailand on New Year’s Day.

According to Sin Chew Daily, a British tourist by the name of Gary, and his Thai girlfriend went to Bar Street to celebrate the start of a new decade with their friends.

When midnight arrived, Gary excitedly tried to set a few fireworks off. Upon failing to ignite the fireworks on his first try, he attempted a second time. Suddenly, the fireworks started releasing smoke but by the time Gary realised he was in danger, it was too late. The fireworks blew up in his face, causing him to collapse on the ground. 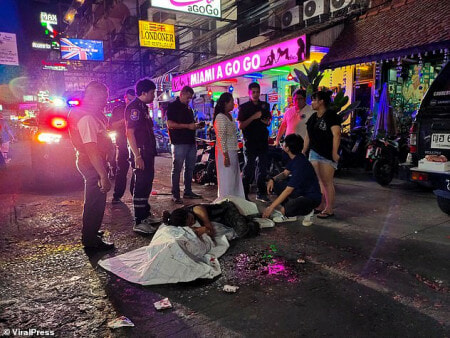 The explosion immediately drew the attention of passersby who gathered around the scene to offer help and call for an ambulance. Unfortunately, when the ambulance arrived, Gary was found unmoving on the ground with a pool of blood beside him.

The medical staff tried to give first aid to the dying tourist but his injuries were reportedly too severe and required surgery. Sadly, Gary was soon announced dead at the scene. His girlfriend could be seen tearfully hugging his covered body.

Local police officers have since notified the British embassy of Gary’s death. His body is now in the hospital, awaiting an autopsy.

Stay safe, guys! We love New Years festivities as much as the next person, but you should always be careful when handling high-risk equipment like this. 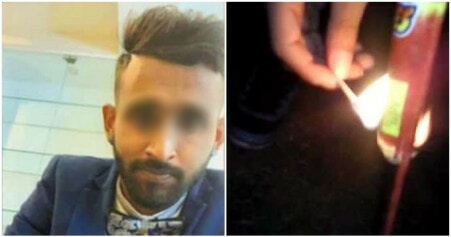