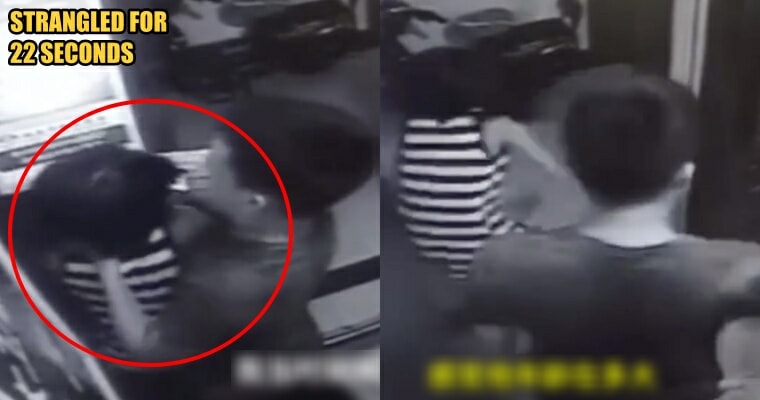 A girl from China experienced hell on earth when she minded her own business in the elevator when suddenly, a man strangled her neck from behind.

According to China Press, the young girl was busy looking at her phone in the corner of the elevator, and the man in a short-sleeved shirt was standing on the other side.

Based on what we could see from the CCTV footage, the man had been targeting the girl as he scanned her figure from head to toe without her realising.

The girl told interviewers that she headed down to get a package, and when she took the elevator back to her home on the 21st floor, a man came in and pressed on the 28th-floor button. It could be seen that he shuffled towards the girl and waited for his chance to attack her. 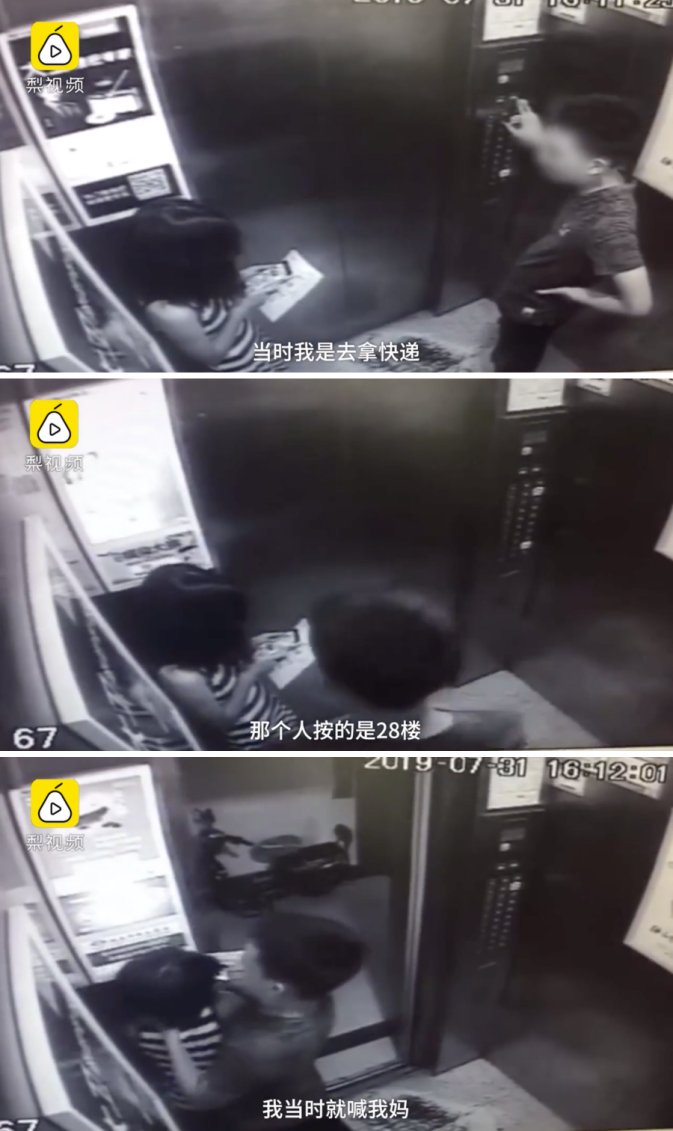 Suddenly right before the elevator arrived on the 21st floor, he grabbed her on the neck with both of his hands, as she struggled to escape. The cruel man managed to strangle her for 22 SECONDS.

“I managed to stop the elevator door from closing (twice) with my leg because I was afraid that he’d take me to the 28th floor. I also yelled for my mum, and only after that he’d loosen his grip. I ran out after that.”

Her mother told interviewers she heard noises and screams coming from the elevator. When the young girl ran back home, her mum saw how pale her face was.

“She (daughter) was still having nightmares in the middle of the night. And she’d wake up crying.”

The identity of the man was confirmed, and the police are on the hunt, but the reason for his acts remained unknown.

These days, it’s risky for young girls and women (boys and men too) to go out alone, especially to parking lots, elevators, as well as alleys. Stay safe out there! 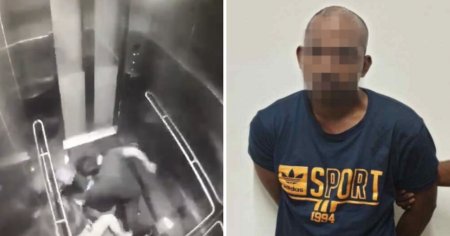