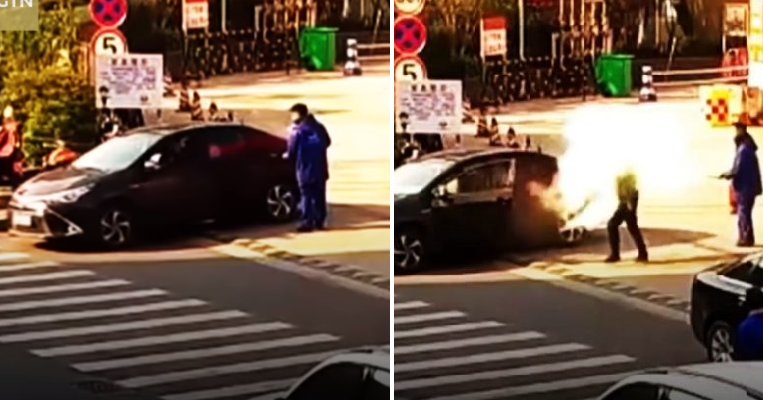 There are many designated places for smokers as one is not supposed to just light up anywhere they want. Still, some people will tend to ignore this and stubbornly puff away whenever they feel like it. Now, it looks like one man has gotten fed up with this kind of attitude and decided that he would take matters into his own hands. 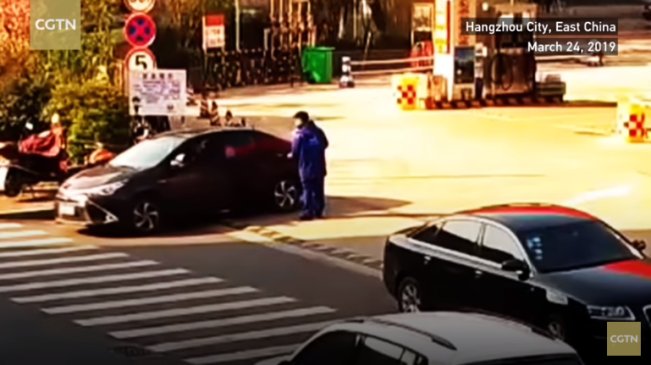 According to Shanghaiist, a driver had just finished pumping petrol into his car at a gas station in Hangzhou but decided to stop at the station’s entrance to light up. This is not allowed as it can be dangerous since he is still rather near to the pumps so an attendant ran up to him and asked the man to stop smoking.

However, the man ignored him and continued puffing away. Fed up with the man’s attitude, the attendant ran inside to get the fire extinguisher and without hesitation, he aims it directly at the guy’s face and starts spraying to put out the cigarette. Looks like he isn’t messing around! 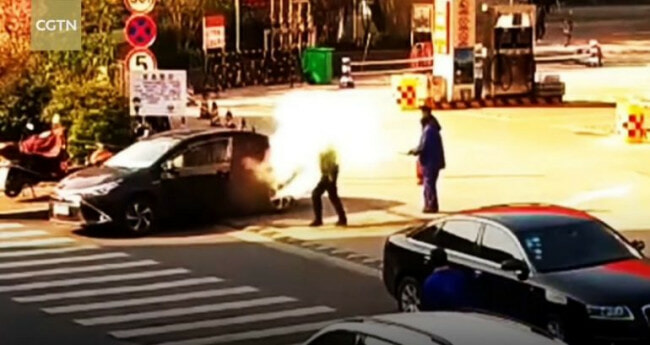 Enraged, the driver gets down from the car to confront the gas station attendant. He shoves and punches the attendant but gets a faceful of spray when the attendant retaliates by using the fire extinguisher on the man again. Maybe he just wants to put out the man’s anger? The man backs off but after brushing himself he approaches the attendant and looks like he wants to beat him up.

Luckily, another two attendants noticed the commotion and tried to separate them. It was reported that the incident happened on March 24 but surveillance footage surfaced recently. The smoker has since been detained by the police for three days on suspicion of smoking in a place with fire and explosion hazards.

Be considerate, guys and only light up where you’re allowed to! 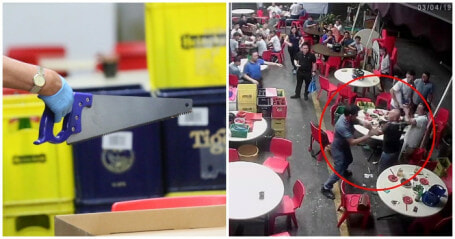