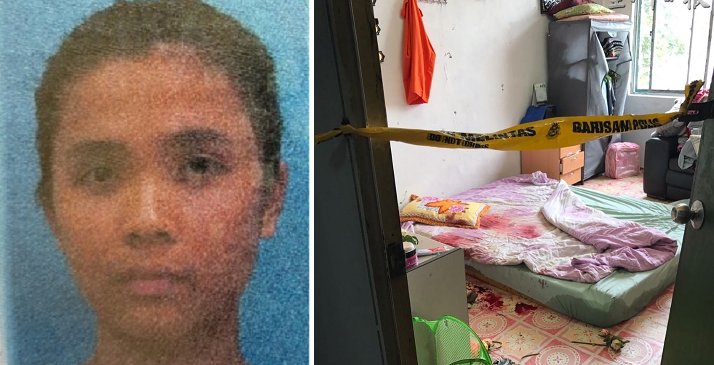 A couple in Ulu Tiram, Johor decided to kill themselves together but things didn’t go as planned.

On Friday, at about 2.30 am, the woman, a 28-year-old Filipina and her boyfriend, a 27-year-old Bangladeshi made a pact to kill themselves by drinking a bottle of poisoned liquor. The woman drank the poison first but when it came to the man’s turn, he got cold feet and decided not to go through with the deed. 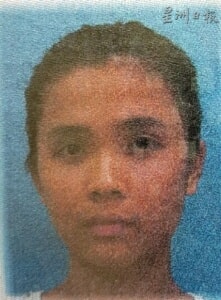 This led to the woman flying into a fit of rage which resulted in a physical tussle between them. The man was found to be suffering from stab wounds to his abdomen while the woman was pronounced dead on scene with injuries on the forehead and knife wounds on her back.

Earlier in the day, the man had made a phone call to his former employer begging to get back his old job as a security guard. The employer made a police report when he felt that there was something amiss as the man’s voice was weak. 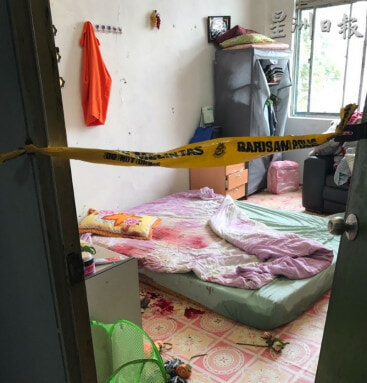 An ambulance arrived at the crime scene at 7.00 am, where the man was found to be still breathing. He was quickly rushed to the hospital for treatment. The lovers were both lying on the floor while apparent bloodstains were all over the place. 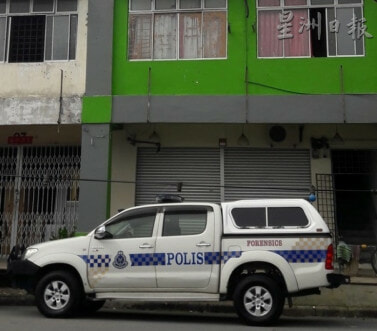 Neighbours were shocked at the arrival of the ambulance as they did not realise there had been anything wrong. One neighbour commented that he had heard loud noises from the unit at around 3.00 am but dismissed it as it was a common occurrence for foreign workers that had a couple of drinks during that hour.

I guess love is complicated but suicide is never the answer. Kids, never try this at home!