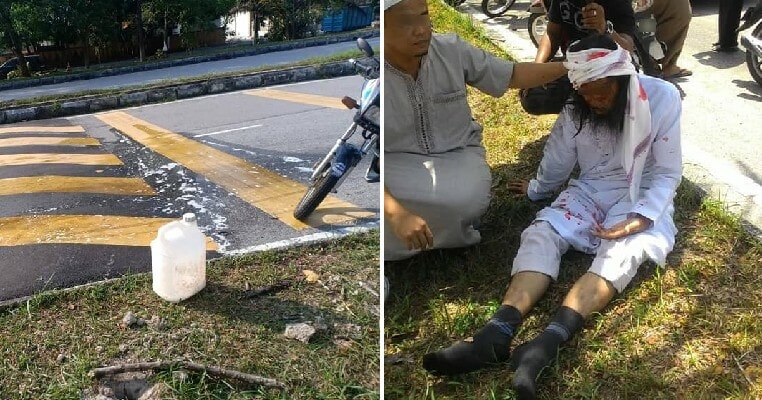 This is such a terrible thing to happen! A man recently fell off his motorcycle and got injured when he was riding on one of the roads in Kota Puteri, Selangor. His head was injured and bleeding when passersby found him by the roadside. 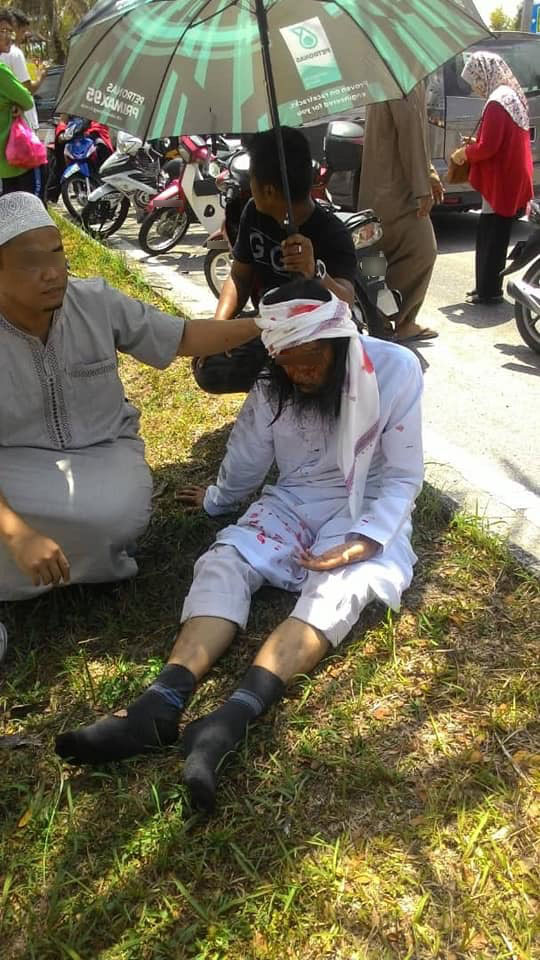 Upon further inspection, it was discovered that his motorcycle had skidded due to an oil slick on the road and the innocent man had lost control of his vehicle. According to Sinchew, the incident happened on Saturday (March 23) around 3pm when the man encountered an oil slick about 20 feet long on the road.

The man said that he felt slightly unstable when he was riding his motorcycle down the road and had slowed down but he still lost control and fell off his vehicle. A few residents in the area also said that when they used the road earlier, their cars felt like they were going to skid any moment but luckily, no accidents occurred. 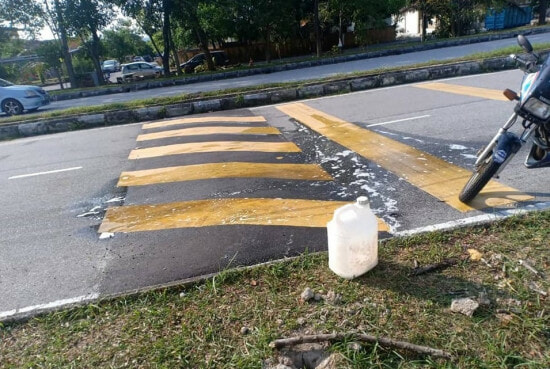 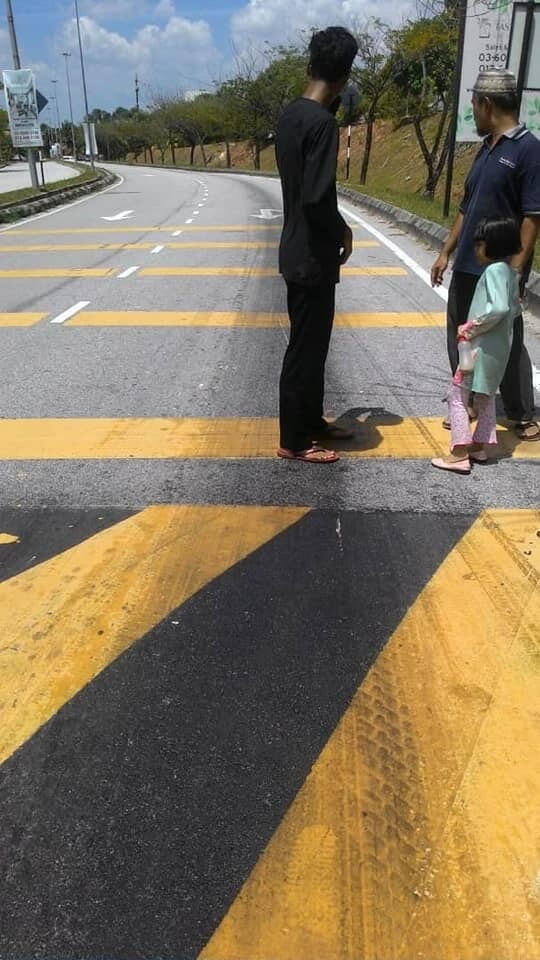 Since the oil slick was only apparent in one section of the road, they deduced that it could not be caused by a vehicle having an oil leakage. Instead, they suspected that someone was up to no good and had poured oil on the road. After reports were made, a contractor was sent over to the affected road to clean up the oil slick and prevent any further accidents from happening.

Apparently, some of the residents said that this is not the first time something like this has happened. They had seen unusual oil stains on the road before and there were people who also lost control of their vehicles as a result. Some of them even suffered minor injuries. A Selayang Municipal Council member said that if the public notices anything suspicious they could call 011-2854 9918 and make a report.

Stay alert on the road and remember to report anything suspicious! 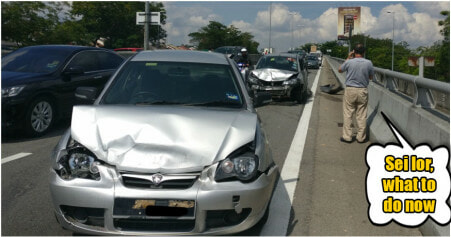