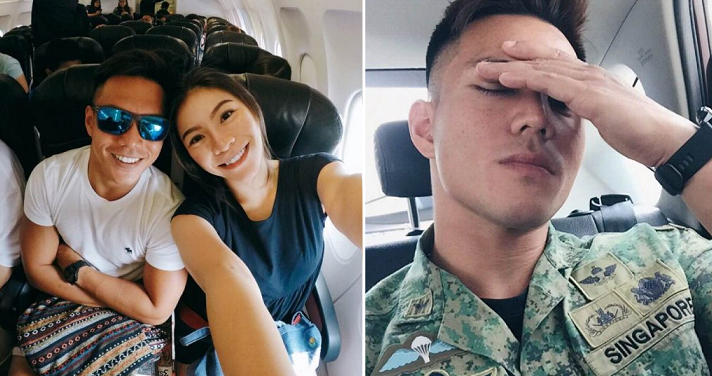 We all love a good romantic story about couples who got their happy ending. However, sometimes things just don’t go the way we want them to. The epic saga of Chloe Teo and Ashry Owyong Min is one that will literally blow your mind.

Chloe, a social media influencer, posted a (very) long account of her experiences with Min on the blogging site Dayre on the 27th of December. The post is pretty lenghty, so here’s the breakdown.

They Met on Tinder

Chloe first met Ashry on Tinder about a year ago. At that time, Chloe had just dated and broke up with another guy. After the break-up, Ashry contacted Chloe again and they decided to start dating.

Ashry claimed to be serving in the Singapore Armed Forces. He also claimed to have been involved in Special Operations Force missions from time to time. However, because of his young age, the badges he obtained in the picture below didn’t seem to fit.

Everything seemed perfectly fine until one day when Ashry suddenly asked Chloe to remove all the posts she had written on Dayre about their relationship, saying he wanted things between them to be kept private. Chloe agreed.

Not long after, they even took a trip to Boracay in the Philippines together.

“… the setting was so heart warming. I was on this romantic island with the man of my dreams.”

While on the trip, Ashry took a video of Chloe for an Instagram story, which he shared with her. Believing that Ashry was ready to take the next step and make their relationship public, Chloe shared the video on her own Instagram, along with other photos of Ashry. When that happened, all hell broke loose.

After her Insta stories were posted, Chloe received a message from someone claiming to be Ashry’s girlfriend.

When she confronted Ashry, he claimed that this girl was a “sister” to him and asked Chloe to deactivate her Instagram account. Chloe believed him and did so immediately. However, she was still deeply in doubt over all the suspicious behaviour.

Chloe reactivated her Instagram account and spoke to Min’s “sister”, asking if they could clear the air. Instead, she insisted that she really was Ashry’s girlfriend. Chloe asked for proof that she wasn’t lying and received a photo of Ashry being intimate with another woman.

When confronted again, Ashry claimed that she was an ex, and that she was a “psycho” who was still obsessed with him even though they had broken up. Amidst all the confusion, Chloe was getting lots of messages from other women who claimed they had dated Ashry too, and that he cheated on them.

Here’s To My Douchebag Ex

To sum it all up, Chloe was with Ashry for a total of four months, which the rest of the post describes in detail. However, here’s a quick summary of all the skeevy things Chloe claimed that Ashry has done in the past and present.

1. Leached On Her For Money

“Throughout this 4 months I shared with him, I’ve subconsciously helped him book so many cab rides to and fro “his place” (sometimes it’ll be the girlfriends house lol) and though each trip was a mere $5/6, compiling them altogether made me realise how much money I’ve spent.”

2. Dated Several Other Women While Dating Her

“Told me he was with friends playing darts, nope. He was with his other girlfriend on a date night…. what the hell, after he left my house just that afternoon comforting me because of all the truth I found out about. Told me he had to go to school but nope. He went to Suntec for a date night with his other girlfriend…Or how he was stuck at school and could only come at 9pm when, nope. He was actually busy spending time with one of his other 3 girls outside.”

3. Dated Another Man While He Was Dating Her

“Even him and I haven’t taken photos like that. Surely you could tell me yourself what you think of their relationship? I confronted Ashry and he told me that they were just good friends… really???”

4. Claimed That He Lied About His Past Involvement In A Webcam Sex Scandal

“Lied about his past with regards to school. Secondary school, expelled for webcam sex scandal…”

5. Hit Up A Girl On Tinder Who Happened To Be Chloe’s Friend While He Was Right Next To Chloe

“I BELIEVED HIM EH. And so…. I asked him to sign himself into tinder and he just insisted he forgotten the password blablabla, obviously lying right through his rotten teeth ugh. And this isn’t it, he still dare to look at me after and said “now believe when I said my account was hacked?”

According to Chloe, Ashry’s “girlfriend” is still with him, even though Chloe herself has broken free. Based on what Chloe had written on her Dayre, his “girlfriend” eventually believed that Chloe was the “psychotic” one after smooth persuasion from the manwhore. She blocked Chloe everywhere and even went on a holiday with Ashry soon after. After time and time again of warning the other “girlfriend” Chloe gave up because she wouldn’t believe the allegations.

Long gone were the good days (or so it seems). She remembers when Ashry first asked to go out with her.

“Is there a chance I could go out with ya? 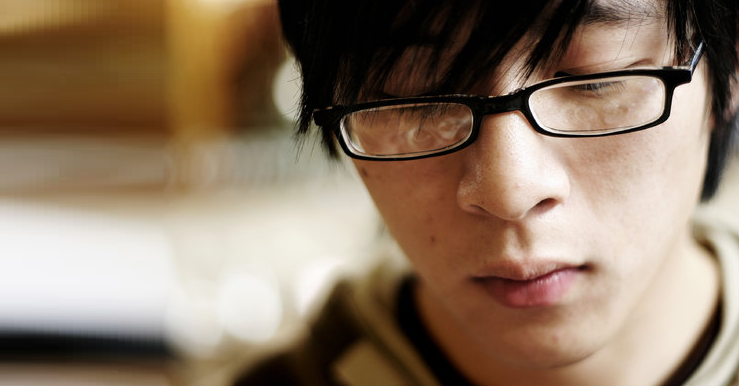