The majority of drivers for ride-hailing services are male, as many women fear the risks of picking up unknown passengers. Sadly, this risk rang true once again, when a female Grab driver was held at knife-point and sexually assaulted by a male passenger on Sunday morning, March 3.

The tragic incident happened at 5.36am in Puchong, near the KOI Prima condominium in Taman Mas, according to New Straits Times. The driver had picked up the passenger near the Awan Besar R&R, only to find herself being held at knife-point soon afterwards as they approached a dimly lit area.

“The suspect told the victim to keep quiet, covered her mouth and pointed his knife at her neck. The suspect then jumped to the front passenger seat before kissing her face and fondling her breasts.”

As if that doesn’t already sound terrifying enough, the assailant then proceeded to unzip his pants in an attempt to rape her. At this moment, the driver used all of her force to extricate herself from the suspect, and successfully threw herself out of the moving car. Yes, the car was still being driven this entire time!

Once she broke free, she yelled for help from a passing taxi driver, and finally managed to flee the scene. Unfortunately, the suspect too had made a run for it once the woman started yelling for help.

The woman then asked the taxi driver to fetch her to the Putra Perdana police station, where she lodged a report at 7.15am. Police Chief Superintendent Azizan Tukiman also added that a search for the attacker, who is believed to be in his 20s, has been launched.

Following the widespread circulation of the news, Grab Malaysia has issued a statement addressing this disturbing matter. They have stated that they “have been assisting the authorities from the very beginning and will continue to do so, to ensure (the driver’s) rights are protected and action is taken against the perpetrator”.

In addition to that, they also called on the public to “refrain from sharing her personal data” on social media and from speculating regarding the matter. Lastly, they expressed their regret for the incident, and affirmed that they will continue to enhance safety features for the rest of their community.

If you’d like to know more about Grab’s safety efforts, visit www.grab.com/my/safety.

Hearing about this traumatising attack alone has shaken us to our core, and we hope the victim will be given proper time and space to heal from this. Whether you’re a ride-hailing driver or passenger, always be aware of your surroundings and never let your guard down, as it may make all the difference between a safe arrival and an unspeakable tragedy. 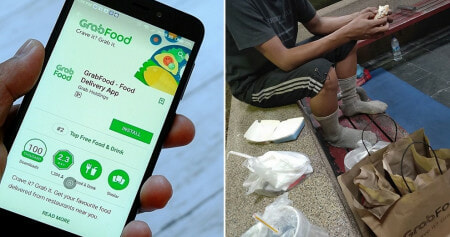