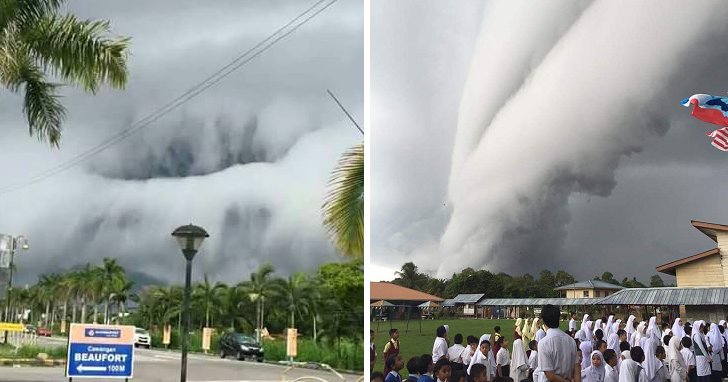 Peculiar clouds formed over Sabah shocking residents and other Malaysians who stumbled across photos uploaded onto social media.

The images that depicted the hurricane-looking clouds gave Malaysians a mild scare as most thought they would have to embrace for the worst. 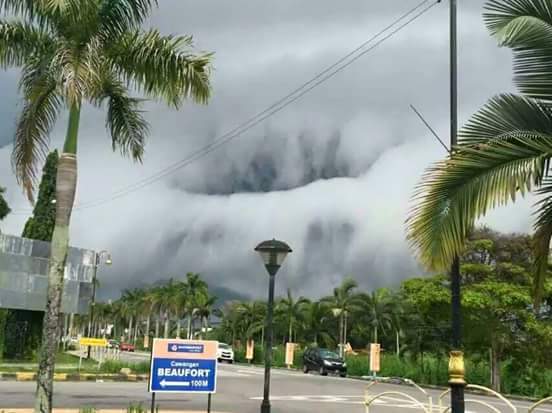 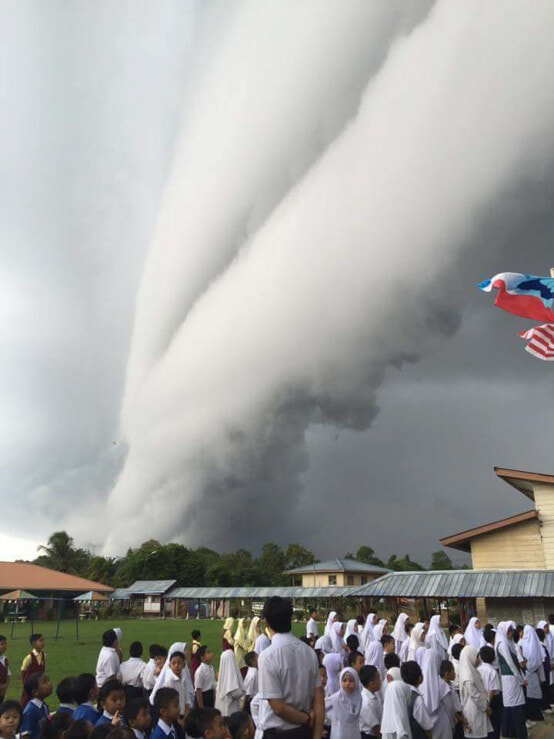 These malicious looking clouds loomed over Beaufort, Sabah around 7.30am in the morning and brought heavy downpours. Sabah residents did their best to keep calm and did not induce any unnecessary panic.

Over at the Peninsular, Malaysians who stumbled across the images were in a slight panic as the skies looked like disaster was about to strike, while many jumped into assumptions fearing the worst – a hurricane. 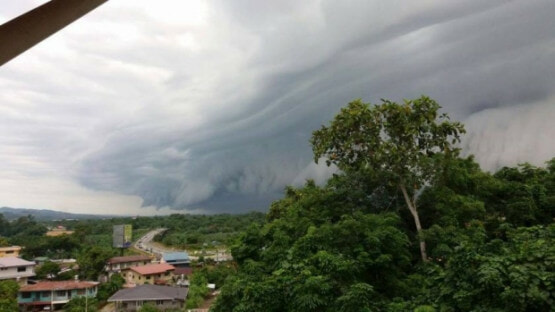 Beaufort district police chief deputy superintendent told MMO that the public were curious but did not panic.

“It was seen for about an hour, when it was raining heavily,”

“Everyone was more worried about the heavy rain and hoping it would not flood.” he said.

While some Malaysians were alarmed after discovering the photos, a few others joked that the clouds signified ‘the Apocalypse’ and it’s ‘the end of the world’. Others marveled at the spectacular cloud formations. 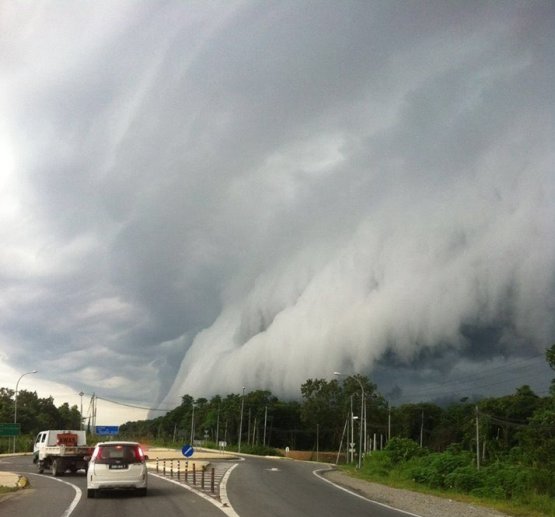 Apparently these type of clouds are known as shelf clouds. They are often seen at the leading edge of a thunderstorm. While it does look menacing, these clouds are safe and are not associated with tornadoes. Shelf clouds got their name from their wedge-like appearance which is formed due to a thunderstorm’s downdraft and updraft.

So the next time you spot one, you’ll know that there’s no need to panic. Or.. is there?